JOFRA ARCHER: South Africa know those deliveries to Anrich Nortje were not beamers


On those full tosses…

Much was made about the two full tosses I bowled in consecutive balls at Anrich Nortje on the second evening — they certainly weren’t beamers — but all that happened was that two knuckle balls slipped out of my hand. You can see that from the replays. It’s a delivery I’ve used in the last three Tests I’ve played.

I was trying to bowl how I did to Nathan Lyon at the Oval at the end of the Ashes. The ball was pretty new and a bit slippery but I feel they would have been legitimate deliveries at a tail-ender if they had come out properly.

Of course I was concerned when Paul Reiffel at square leg seemed to start to signal a no ball the second time but I think eventually the right decision was made after the ball had gone through to the keeper and people saw it wasn’t high. 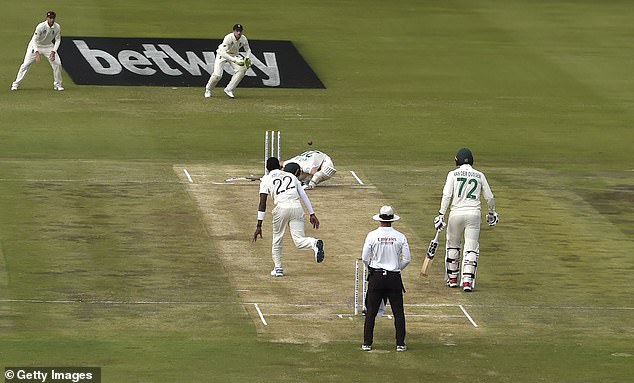 There’s no issue between me and the South African team over that incident.

I had a chat with Anrich and Faf du Plessis after the game and there was no problem. It was the same after I’d hit Steve Smith at Lord’s last summer. We had a chat afterwards and everything was fine between us.

People look at what they see in the moment and think there must be bad blood between you but that isn’t fair. My job is to get the innings over with as quickly as possible and of course you go hard. Everybody does in Test cricket but you put it behind you as soon as you come off the field. 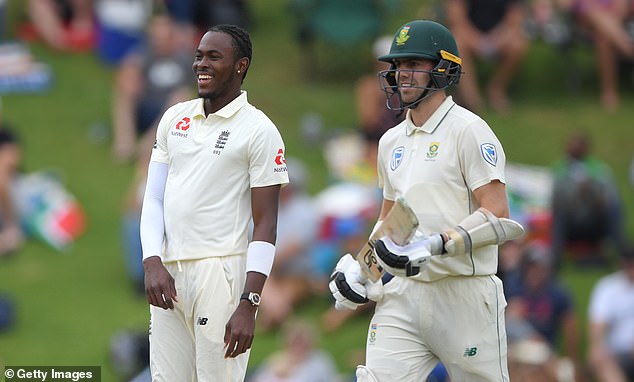 I didn’t feel well on the morning of our flight to Johannesburg and it got worse as the journey went on. Along with Stuart Broad and Jack Leach I was one of the first to get the flu bug that has affected so many members of our squad and I can honestly say I’ve never felt so bad in all my life.

Almost everyone here has had some sort of sickness now and nobody has ever known anything quite like it in a sports team. It’s not much fun being on your own and having to keep away from everyone.

We have been taking all the precautions and using hand sanitisers all the time but it hasn’t gone away. At least we were all able to travel and can only hope everyone reports a clean bill of health in Cape Town. It will be a case of taking a head count when we train at Newlands to see who’s there and who’s still missing! 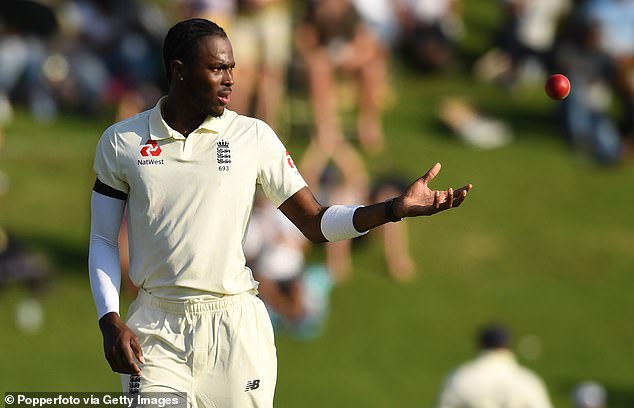 I couldn’t miss this!

So I spent most of my first week here isolated in my room as the doctors wanted to keep anyone who was ill away from the group — I actually forgot Chris Woakes was on the tour at one point because when I came back he was taken ill and I hadn’t seen him for so long — but even though I had to miss the warm-up games the target was always the first Test.

When the guys were playing in Benoni those of us affected travelled separately and trained at the nets while the team were batting.

That way we stayed away from the group and we kept to a different part of the dressing room too. It got to the stage where I felt I was going to have to play at Centurion however bad I felt because so many people were going down ill. In the end it was left to me. If I felt I could manage four or five days in the field then I was going to be picked. 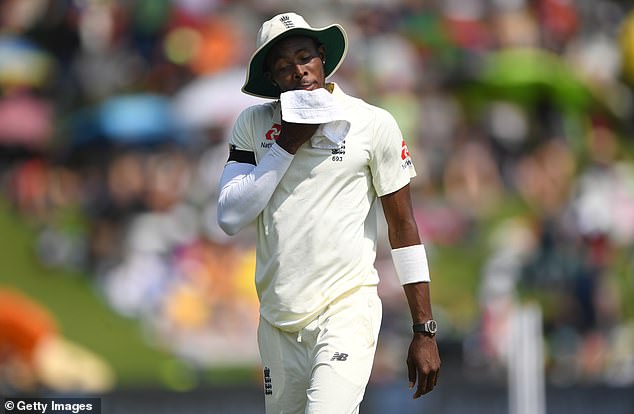 Most of us were able to be together for Christmas lunch — it’s a shock being away from home at Christmas at first but this is the third year I’ve been away with cricket now and you quickly realise it’s part of the cricket life.

By the first day of the Test the headache I’d had for three days had gone and all I had left was a cough — so I was in. I didn’t want to miss a Test and always in my mind I was going to be out there.

I hadn’t bowled a ball in anger on tour before that first day in the field but to be honest we’d all bowled enough overs in New Zealand to be match ready.

The only thing I had to get accustomed to was the sun because I’d been inside for a week. I’d like to take that pitch with me wherever I go to bowl to be honest but it wasn’t the easiest to bat on. 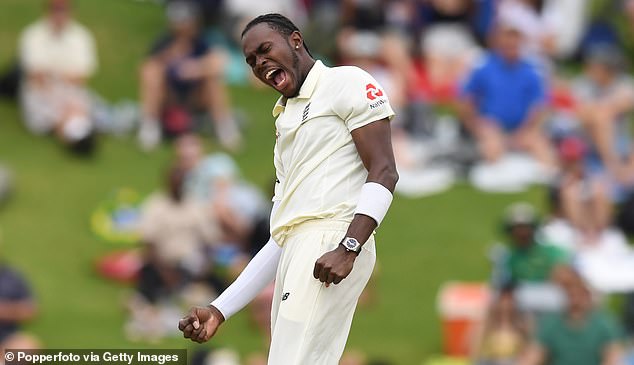 Yes, I went for runs but I don’t feel too hard done by because Centurion is a fast-scoring ground, the outfield was quick and the ball travels quickly through the air at altitude. And, of course, there are some world-class players in the South African side.

I was glad to be out there playing my first competitive game in this country and I was reasonably happy with the way I bowled. I don’t really think about the speed. It’s the way the ball comes out that matters and it felt OK. But the bottom line here was that we didn’t win.

The difference between the sides was Quinton de Kock’s innings. He is a top player and he took the first Test away from us but he did have his moments of luck and I reckon about 40 of his runs in the first innings went through third man and the slip area. He goes hard and there were some great shots but hopefully we will have more luck against him next time. 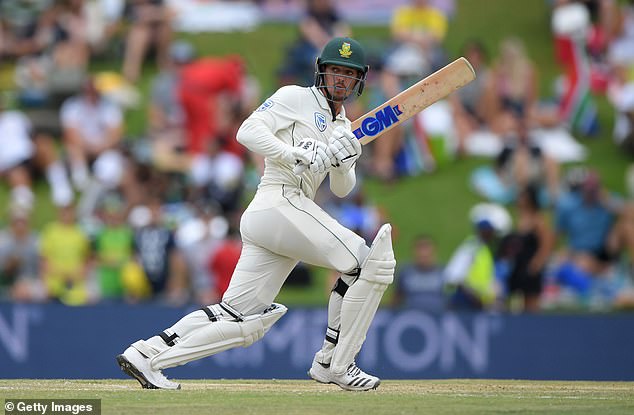 I haven’t really played much franchise cricket with many of the South African players so I don’t know them that well. I do know Vernon Philander from his season at Sussex and he’s a guy who’s always got a smile on his face. He will be a big signing for Somerset next season.

And Kagiso Rabada is a guy I look up to. He’s the same age as me and he has achieved so much already. I first came across him in Under 19 cricket and as soon as I saw him playing for South Africa I said ‘who is this guy? He’s rapid.’

He was the fastest bowler around and I think he’s benefited from the youth system in South Africa. I like to see young cricketers getting a chance and South Africa knew what they had in KG. He is a class act and I want to try and be as successful as him. 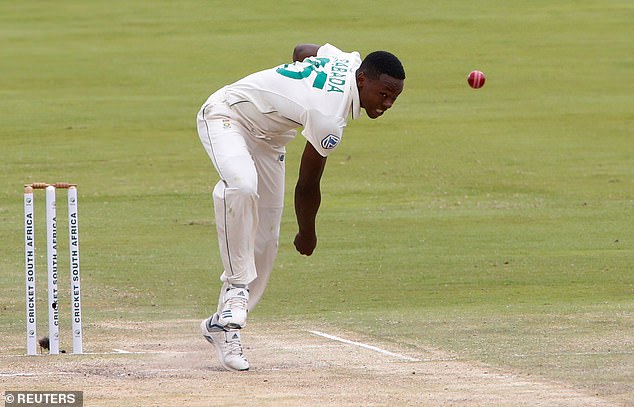 I didn’t take anything from South Africa seeming to come hard at me after that. It’s Test cricket. People play hard regardless and I’m sure it will be the same in Cape Town. My bowling wasn’t intimidatory and neither was anything aimed at me.

It’s a frustration I haven’t been at my best with the bat for England but I do think I got two pretty good balls to get out in this match. I know what I can give with the bat so I’m still living in hope I can do it for England soon.

Time to hit back

The only time I’d been in South Africa before was when Sussex went to Cape Town on a pre-season tour. But we didn’t get to play at Newlands so, if selected, I’m really looking forward to it.

I’m not expecting the pitch to do as much as Centurion but South Africa is full of surprises so we don’t really know.

What I do know is that we badly want to win. My first winter with England has been hard but it’s a learning experience and I’m confident we will bounce back here.

10 Most Corrupt Countries in Africa

10 Most Corrupt Countries in Africa

Where Are They Now? Branchflower keeps tabs on politics