News that topped trends in 2019 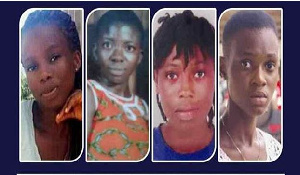 The year 2019 was a rollercoaster for many. Throughout the days, weeks and months, several happenings that shook the nation as well as tested the grit of the populace were captured in the news. From Politics, Entertainment through to Sports, lots of headlines made waves.

As the year comes to an end, www.ghanaweb.com takes a look at prominent news items that made waves in 2019. Issues which will go down in the pages of the year include the kidnap of the Takoradi girls, Ofosu Ampofo’s leaked tape, Ayawaso West Wuogon by-election violence, BBC sex for grades scandals among others stories.

Four Takoradi girls – Ruthlove Quayson, Ruth Abaka, Priscilla Bentum, Priscilla Mantebea Kuranchie were kidnapped between July and December 2018, the case, which became a national issue was extensively spoken about in 2019.

Several months later, it was reported that human remains were retrieved from a septic tank in the suspect’s house. Forensic tests conducted revealed that those mortal remains had been in for over nine months, exactly the duration the girls had ‘vanished into the thin air’.

It was officially announced that the girls were dead and that was their mortal remains dumped into the septic tank.

Meanwhile, President Akufo-Addo during his recent encounter with the media expressed sorrow over the incident, describing the abduction and killing of the Takoradi girls as his biggest regret for the year 2019. 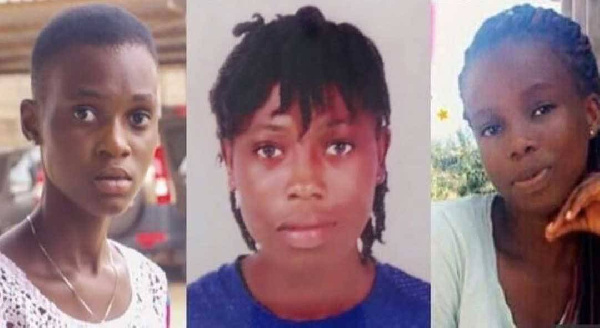 Another event that took the country by surprise was the election of a Member of Parliament (MP) for the Ayawaso West Wuogon constituency in the Greater Accra. This election was to find a replacement of the then MP for the area, Kyeremanteng Agyarko who died in November at a hospital in the United States after a protracted ailment

The calm elections on the day turned chaotic after some heavily armed masked men invaded NDC aspirant, Delali Kwasi Brempong’s house behind the La Bawaleshie Presbyterian Basic 1 School which was serving as a polling centre in the by-election.

Persons in the storey-building were said to have been ordered down and before they could comply, the armed men started shooting. voters were scared and was left with no option than to run for their lives. About six persons were reported injured and were rushed to the hospital to receive treatment.

After polling out of the election, it was reported that the wife of the late Kyeremanteng Agyarko, Lydia Alhassan won the seat with 68.80% votes.

During her swearing in as the newly elected parliamentarian for Ayawaso West Wuogon, another drama happened as the minority in parliament welcomed Lydia Alhassan to the house with placards with an inscription ‘blood widow’.

Giving reason for what others thought was disrespect, they stated that Lydia Alhassan was a beneficiary of a bloodshed electoral process to get her the seat hence, did not see the reason to share in her joy.

Embattled Chief Executive of Menzgold, Nana Appiah Mensah was arrested in the United Arab Emirates in December 2018, for allegedly defrauding a business partner.

The case was not different in Ghana as over 60,000 persons who had invested their live savings into Menzgold had their cash locked up after Securities and Exchange Commission shut down the company’s gold vault market operation over regulatory infractions.

Because over GHC200 million of depositor’s fund is to be retrieved from the ponzi scheme, government sent delegations – Deputy Attorney General, Joseph Dindiok Kpemka, a representative from the Economic Organised Crime Office (EOCO), the Bureau of National Investigation (BNI) and National Security to Dubai to reach a consensus to release NAM1 to Ghana after winning his case having $39 million in his pocket.

The National Chairman of the National Democratic Congress (NDC), Samuel Ofosu Ampofo came under attack after his leaked audio surfaced on the internet February 3, 2019.

On the recording, the voice believed to Mr Ampofo was heard urging people to take the Chairperson of the Electoral Commission, Jean Mensa to the ‘cleaners’. He also endorsed verbal attacks on the National Peace Council Chairman, Reverend Emmanuel Asante.

The alleged meeting between the chairman and members of the party was aimed at strategising ahead of the 2020 elections.

The case is still pending in court hence; no verdict has been given yet.

The Education ministry asked students who were yet to receive placement to show up at the Black Star square to have their concerns addressed.

The exercise aimed at getting placements for qualified students via the Computerised School Selection and Placement System (CSSPS).

Thousands of parents and guardians whose children and wards failed to secure a space in their chosen senior high schools besieged the center to secure placement but their pleas were not heard. Others were reported to have fainted for standing very in the sun. however, Education Minister, Dr Mathew Opoku Prempeh alleged that some of the people who collapsed at the SHS Placement centre on September 16 were staged.

CSE had become a topical and vexed issue in the Ghanaian society with the majority of the population sharing their opinions on it about the CSE because they believed it was a subtle way of pushing LGBTQ agenda in Ghana.

The Comprehensive Sexuality Education which was said to be introduced in 2020 at the basic school level was said to have a negative influence on the children and society as a whole.

Key stakeholders, including religious and traditional authorities, as well as civil society organizations made inputs to the on-going debate expressing their resolute positions, warning the government to be circumspect on the issue.

President of the Ghana Pentecostal and Charismatic Council (GPCC), Reverend Frimpong Manso reaffirmed his reservations about the purported Comprehensive Sexuality Education (CSE) which the Akufo-Addo government intended to roll out in basic schools, describing it as a monster.

Two lecturers at the University of Ghana, Dr Paul Kwame Butakor and Professor Ransford Gyampo were implicated in the “sex for grades” investigations carried out by the BBC Africa Eye.

However, Prof Gyampo denied doing wrong as portrayed in the video, threatening to sue the journalist. The two lecturers have been interdicted by the school after a committee sat on the case.

In November 2019, one Charles Kudzordzi also known as Papavi Hogbedetor declared Western Togoland as an independent state. While addressing the cheerful group in the ewe language, he recounted their struggles to restore the independence of the pre-independence Western Togoland territory, a German protectorate which was joined to the then Gold Coast to form the new independent country, Ghana on March 6, 1957 under circumstances he believes were “illegal”.

The ‘Independence Day’ which was livestreamed on Facebook got a lot questioning the work of the police in the area.

His action was to trash down the unwanted grass in the middle belt of the ‘Mahama’ Road in front of the new Military Cemetary which served as a blocked for motorists who ply that route towards the roundabout.

The former president was joined by other teams for this cleanup exercise. Mahama was however slammed for clearing weeds because some were of the view that he did that to score some political points as 2020 was just around the corner.

A video made rounds on social media as President Akufo-Addo was seen sleeping while the maiden Russia-Africa Summit held in Sochi was ongoing.

Akufo-Addo was expected to hold bilateral meetings with the President of the Russian Federation, Vladimir Putin, and hold meetings with CEOs of some Russian enterprises.

The two-day conference, under the theme “For Peace, Security and Development,” sought to deepen ties of friendship between Russia and Africa, as well as explore other areas of co-operation which will benefit both participating nations. But unfortunately, Akufo-Addo was caught on camera having a nap.

A joint security operation at the Citadel Hospital in Alajo led to the retrieval of ammunitions, explosive devices which the Information Minister, Kojo Oppong Nkrumah noted that the team intended to engage in series of demonstrations geared at toppling the Akufo-Addo government.

He continued that the coup plotters headed by Dr Mac-Palm had plan to take over key installations including the Jubilee House, Ghana Broadcasting Corporation, National Police training school, the 37 Military Hospital and Burma Camp.

ACP Dr. Benjamin Agordzor, who has been charged with treason by the state over his alleged role in the alleged coup plot has been facing court after his detainment at the BNI office for days.

Fantana made headlines after she showed the world her sanitary pad during her abysmal performance at Shatta Wale’s ‘Reign Concert’ held at the Fantasy Dome and Obrafour’s ‘Back To Taifa’ show.

On the heels of the backlash, Fantana and her team decided to embark on a programme aimed at sharing sanitary pads in schools.

This contract was awarded to B-Molie Limited, a company Mr Amoah said was a sister company of TDL.

After the documentary came out, the PPA boss who has been going back and forth on the issue with the Special Prosecutor is still waiting for his verdict to know his fate.

A brawl erupted between Stonebwoy and Shatta Wale camps at the 20th anniversary of the Vodafone Ghana Music Awards.

While Stonebwoy was up the VGMA stage taking his award, Shatta Wale, his rival on the music scene, was seen moving towards the stage with a host of others presumed to be his fans. The incident degenerated into pandemonium with one Nii Amoo spraying pepper spray according to Police report.

Stonebwoy also pulled out a gun in the process but there was no sound of a gun fire. The event was halted for nearly an hour but continued.

Absa promotes its digital banking ahead of Christmas festivities-Ghanatoday.net