Not for the first time in his career as South Africa captain, Faf du Plessis found himself defending an entirely logical selection decision at Newlands when explaining the retention of middle-order batsman Rassie van der Dussen ahead of the fit-again Temba Bavuma.

Of course, form and results are just one of the considerations for the selection panel as they seek to meet the racial targets set by the CSA board for every national team. In the case of the Proteas, the target is six ‘players of colour’ of whom two should be Black African.

Van der Dussen’s inclusion after his 50 on debut last week and Bavuma’s exclusion means that, for the second successive Test, there will be just four non-white players, with fast bowler Kagiso Rabada the only Black African. 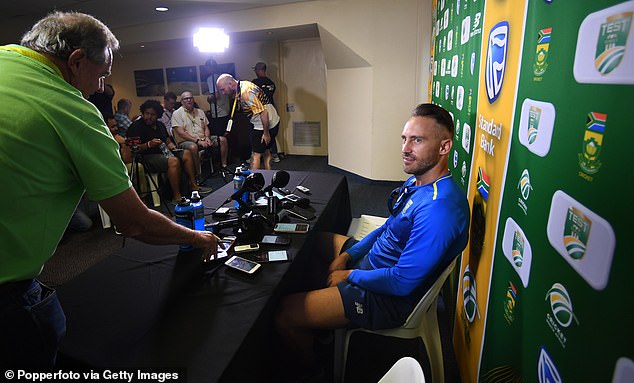 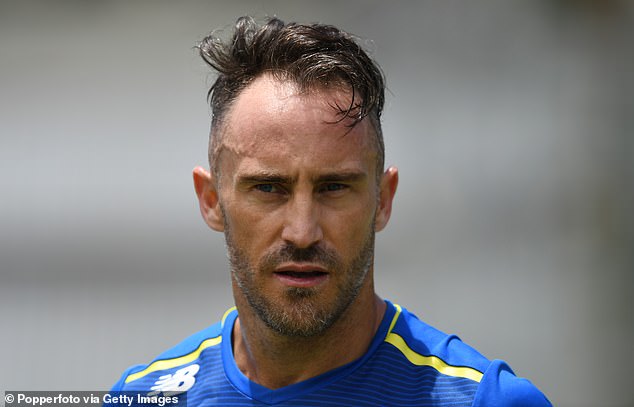 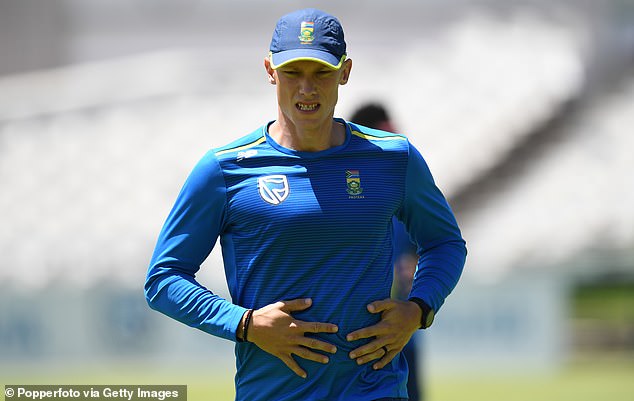 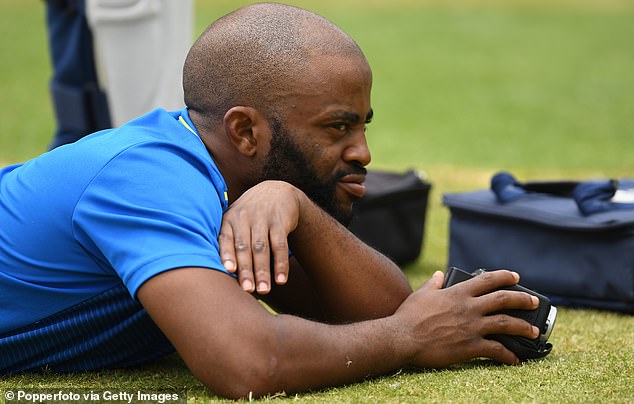 ‘We did discuss it and we feel it’s the right thing to stick with Rassie,’ Du Plessis said on Thursday. ‘Any new player deserves to have an extended run in the team, with or without runs, but fortunately he did score a 50. Temba is fit but now we are giving Rassie a run.’

Du Plessis said that Bavuma, his vice-captain on the ill-fated tour of India just two months ago, was ‘on board with the decision’.

‘We don’t see colour, we see opportunity irrespective of colour,’ Du Plessis added. ‘It’s about earning opportunity and giving every player a chance who has earned it. Temba is the first to acknowledge he got a really good opportunity in the Test team and now it’s important we keep producing players of quality in the South African game as a whole.

‘But right now we need to win Test matches and other games of international cricket. Temba’s game has shown a lot of growth in one-day cricket, so he might well get the chance to stake a claim in the white-ball formats. 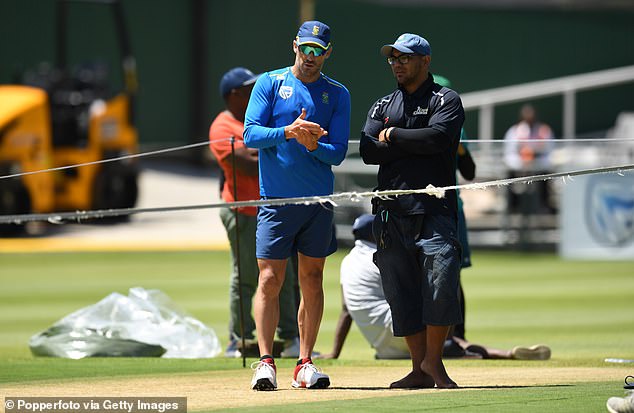 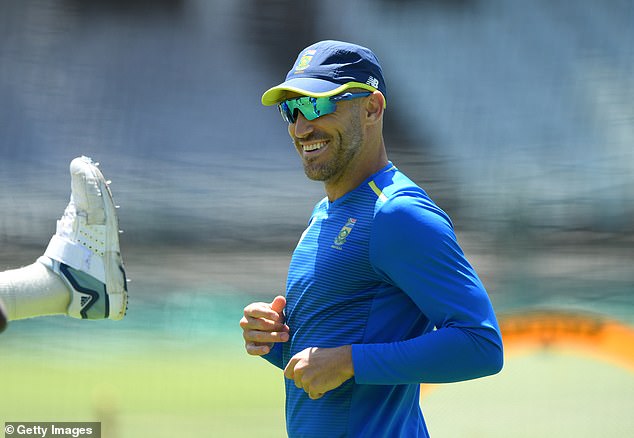 ‘We are trying to raise our standards and that includes all of us, so there is a higher ceiling. We need to score big runs, so there will be an opportunity for some of the guys to be released to play domestic cricket and put some big runs on the board,’ the skipper added.

Du Plessis confirmed that Pieter Malan will open the batting in place of Aiden Markram, who broke a finger at Centurion Park, making him the third 30-year-old debutant in the series for the home side following Van der Dussen and all-rounder Dwaine Pretorius. ‘Newlands is Pieter’s home ground, so it’s the perfect script for him,’ Du Plessis said.

Despite his inexperience, Du Plessis was clear about the qualities Van der Dussen brings. 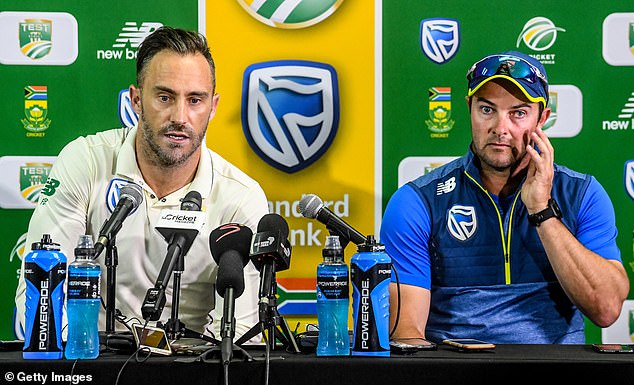 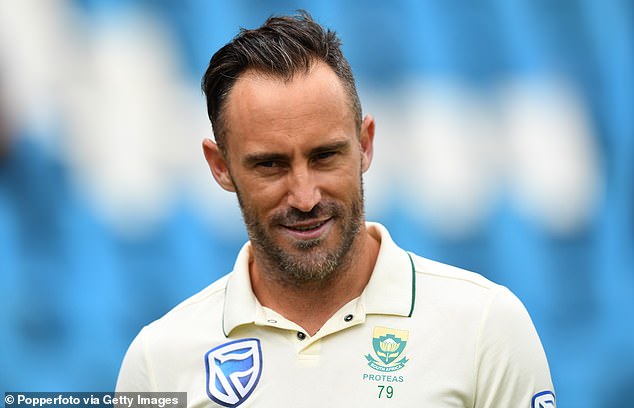 ‘Composure. Yes, you need to be talented and skilful to play at this level, but a big part of it is the mental aspect of belonging and dealing with everything that comes your way. He, like Pieter, is a very experienced cricketer.

‘Occasionally there will be a very talented youngster who jumps through the ranks quickly, but I was also one of the players who took the long and dirty road to international cricket, so I’m very pleased for both of them. They have done it the hard way. Temba knows he hasn’t scored as many runs as he could have in the Test team and the way back is through weight of domestic runs.’

The Proteas captain said he was expecting a backlash from Joe Root’s team after their chastening 107-run loss, but also sympathised with his opposite number.

‘I’m expecting a big comeback from England. We need to make sure we get through the pressure periods they will apply to us because there will be a breaking point. They are an extremely talented team and they will be hungry to put in a big performance to prove their critics wrong after last week,’ Du Plessis said.

‘I can relate to that pressure,’ he added of the criticism Root has received. ‘Last year was a very challenging one and you always wear the defeats on your shoulders as a captain. The highest trees catch the most wind, so there will be pressure on him. But from what I hear he still enjoys the full support of his team.

‘We haven’t achieved anything yet — we’ve won one Test. We have a long way to go. If we take our foot off the accelerator, we will go straight back to playing ordinary Test cricket.’

EIU predicts reduction of lending rates by Bank of Ghana