Business stories that made headlines this week-Ghanatoday.net 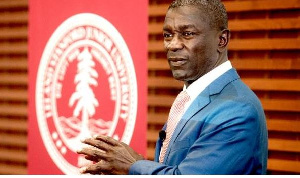 It’s been a momentous week for business news in Ghana, from corporate boardrooms to courtrooms and other interesting sectors.

Some of these high-profile stories filled the business pages for days. Others are likely to continue to dominate the news weeks after.

These are the top business headlines that continue to be read, shared and talked about from 13th – 17th January.

Below are trending business stories:

Arrest of some executives of defunct banks; arraigned before court Prince Kofi Amoabeng and Michael Nyinaku, the founders of two collapsed banks, were charged for allegedly stealing more than GH¢390 million and more than $8.6 million belonging to customers of their respective banks.

Subsequently, the ex-bank executive Prince Kofi Amoabeng was granted a bail of 110 million cedis while Nyinaku has paid the sum of GHC352 million with two sureties as his bail.

Read the full story originally published by www.kasapafmonline.com below:

The IMF says Ghana should re-introduce some abolished taxes and also widen some existing ones so as to meet its short-term revenue projections. In a report the Bretton Woods institution stated that government must re-consider bringing back the controversial 17.5 percent VAT on financial services.

The report said, “New taxes that can expand the taxable base include a VAT of 17.5 percent on financial services; a tax increase on communication services from 9 percent to 12 percent; the expansion of the national fiscal stabilization levy on all firms; the minimum chargeable income; and the reintroduction of the high-income tax rate of 35 percent.”

The Fund added that the short-term revenue measures could immediately yield up to 0.8 percent of GDP while the new taxes could yield 0.25 percent of GDP, while compliance could bring around 0.5 percent of GDP.

Read the full story originally published by www.citibusinessnews.com below:

The tracking system, an initiative of the National Petroleum Authority (NPA), would serve as a monitoring system and enhance efficiency in the petroleum value chain, disrupt corruption and maximise tax revenue for the state. Ghana loses about GH¢200 million to illegal operations regarding the transportation of fuel.

After concerns over the failure of the National Petroleum Commission (NPC) to deal with the diversion of petroleum by some drivers of Bulk Road Vehicles to unapproved routes, the launch of the electronic cargo tracking system and the national command Centre are to track all BRVs.

He takes over from Isaac Osei who resigned effective from January 1, 2020, after steering the affairs of the Refinery for two and a half years.

Sources at TOR confirmed his appointment to the Ghana News Agency in Tema.

Berko had had an impressive career including, head of Debt Capital Markets and Structured Assets Solutions of Barclays Capital / Absa Capital, Johannesburg, South Africa, from June 2008 to June 2014.

The West African Economic and Monetary Union (WAEMU), Côte d’Ivoire President Alassane Ouattara, and French President Emmanuel Macron last month announced that the CFA franc would be renamed and subjected to reforms. Following a meeting on Thursday, the Anglophone nations of Nigeria, Ghana, Gambia, Liberia and Sierra Leone, along with Guinea, issued a communique condemning the WAEMU move to unilaterally rename the CFA franc as the eco.