Animal conservation: The cheetah brothers heading from the UK to South Africa 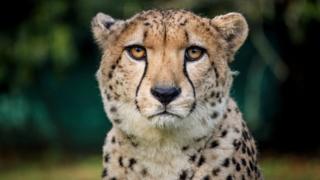 There are less than 7,000 cheetahs left in the wild

A pair of cheetahs will soon be settling in a brand new home in South Africa.

The two-year-old big cats are currently being looked after at Howletts Wild Animal Park near Canterbury but they’ll leave for the African country in early spring 2020.

The project is the first time a captive-born, hand-raised cheetah has left the UK to be sent back into the wild in Africa.

Cheetahs are listed as vulnerable animals by the International Union for Conservation of Nature (IUCN).There are an estimated 6,674 remaining in the wild.

Loss of habitat, conflict with humans and the illegal pet trade have all had an impact on their numbers. 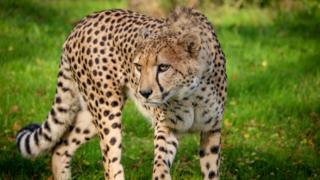 The pair, called Saba and Nairo, will be flown 6,000 miles and will serve a short stint at Ashia’s Cheetah Centre in South Africa’s Western Cape.

After that they’ll be moved to Mount Camdeboo Private Game Reserve, a 14,000 hectare property in Great Karoo, where they will be introduced back into the wild.

A fundraising campaign has been launched to support the move.

Cheetahs are the fastest land animals in the world!

The big cats can reach top speeds of around 60mph and exert nearly five times more power than 100-metre record holder Usain Bolt did during his famous race back in 2009.

Saba was hand-reared, which means the cat was looked after and raised by humans rather than his mother.

“It will be difficult to say goodbye to Saba and Nairo but finding ways to return animals to the wild is something I believe in passionately. This approach may challenge the zoo community, but it is the right thing to do and I sincerely hope more zoos around the world finally take notice and follow suit,” said Damian Aspinall, chairman of The Aspinall Foundation.

The organisation has already successfully returned animals to the wild in Congo, Gabon, Java, South Africa, Tanzania and China.

New Voters' Register: My party stands for the truth

New Voters' Register: My party stands for the truth

Can't hide it no more; I really love you!: Ghanatoday.net

Travel bans should be based on evidence, not politics or fear