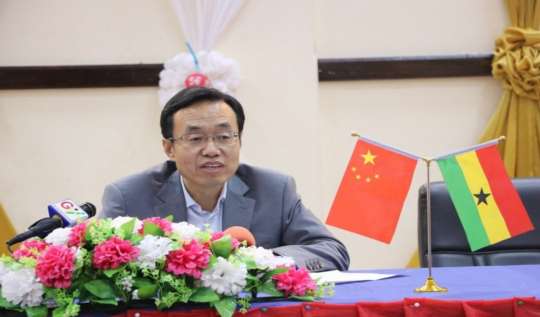 Governments of Ghana and China have renewed their commitment to deepen diplomatic relations in their mutual interests, during a reception to mark the Chinese New Year Spring Festival in Accra.

Their diplomatic relations dates back to 1960 and has grown from strength to strength, culminating in the signing of many bilateral partnership agreements in the areas of trade, infrastructural development, education, cultural exchange programmes, water and sanitation.

China is now one of the major sources of Foreign Direct Investment (FDI) in Ghana with volume of bilateral trade between the two countries amounting to US$7.25 billion in 2018, attaining 8.7 per cent of year-on-year growth.

According to statistics from the Ghana Investment Promotion Centre (GIPC), China is ranked among the top 10 sources of FDI in Ghana and in 2018 alone, a total of 37 projects across the various sectors of the economy valued at US$159.3 million were signed.

At a Gala Show hosted by the Chinese Embassy in Ghana and Ministry of Culture and Tourism of China at the Accra International Centre (AICC) to mark the Chinese New Year Spring Festival, Mr Shi Ting Wang, the Chinese Ambassador to Ghana, said the relations between their nations was flaming brightly and kept the values of friendship, justice and shared interests.

He said the economic and commercial cooperation made the relations stable and was convinced that more Chinese entrepreneurs and investors would make major investments in Ghana in the coming years.

The Chinese New Year is symbolically represented with a rat in Chinese Zodiac, representing smartness and intelligence and is believed that rat is the first in the 12-cycle of Chinese Zodiac.

The gala also marks the beginning of series of activities to celebrate the 60th Anniversary of the diplomatic relations between Ghana and China.

There were solo performances of “You Raised Me Up”, “Drunken Feeling”, ”Deep Night” and “Blossoming Jasmine” that exemplified Chinese cultural elegance and riches.

Madam Cecilia Abena Dapaah, the Minister of Water Resources and Sanitation, on behalf of Ghana Government, congratulated over 1.4 billion Chinese worldwide for the celebration of the New Year Spring Festival and wished them well in all their endeavours.

She said the two countries had every reason to celebrate sixty-years of friendship and cooperation as the bilateral relation stood the test of time and continued to develop and deepened.

“I hope the cooperation between the two countries will be enhanced and grow from strength to strength and mutual understanding between their peoples in the coming years,” she said.

I was detained in Ghana’s toughest prison

Trump impeachment: When will he go on trial in the Senate?

GSA maintains fees to bring relief to importers and traders-Ghanatoday.net

Ghana: Visa Procedures and Requirements 2020, How to get a visa to Ghana-ghanatoday.net