Lagos, Nigeria – African travellers flying on international airlines to and from the continent say they are fed up with receiving poor service from flight attendants and ground staff, and tired of being transported in older carriers.

Many told Al Jazeera that they notice the difference when they transit and travel on planes from the same airline, which boast sleeker aesthetics. Suddenly, they get more legroom, larger, touch-screen monitors and friendlier cabin crews.

Nigerian flier Chibuzo Okereke, who flew from Nigeria to Canada via France last year, told Al Jazeera: “The Air France flight from Lagos to Paris had a small screen, no USB charging port, and a limited selection of entertainment in comparison with the Paris to Toronto flight. It was an older aircraft.”

International airports have also been accused of applying a different set of standards, with African travellers alleging they experience extra security checks and have to traipse further through terminals to reach their gates.

Brussels Airport’s T terminal has come under particular scrutiny – with one blogger, Cosmos Godson, claiming to experience “structural racism” there.

Once inside, passengers cannot leave.

“At Brussels Airport, passengers travelling to Africa are bussed to a terminal that is more or less fortressed from the rest of the airport,” said frequent Kenyan traveller Duncan Omanga.

“Airport authorities argue the terminal is for any passenger travelling to Africa, and hence not discriminatory to anyone, but it is obvious that a vast majority of those passengers are Africans.” 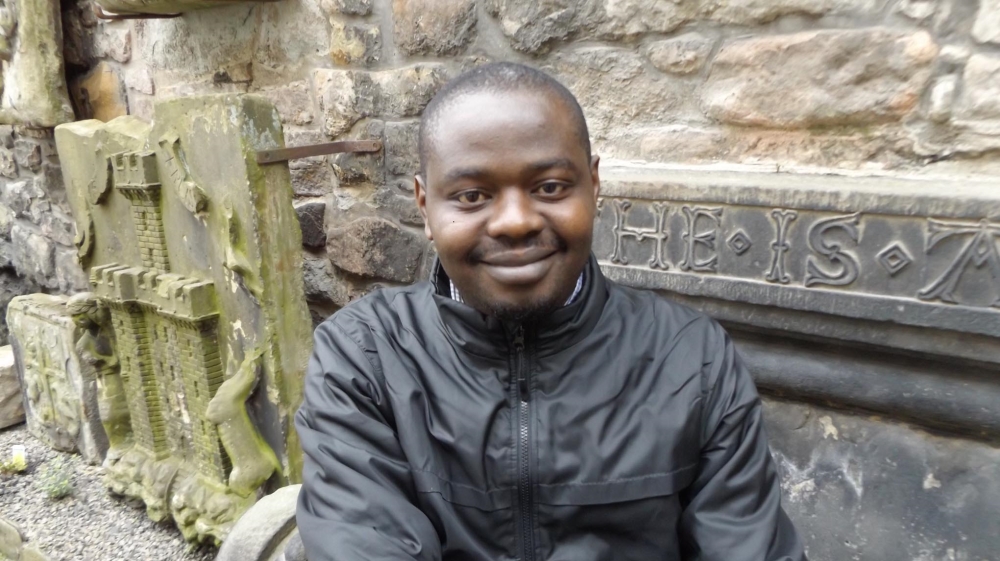 Brussels Airport attributes the restriction to passport control, which is located before the entrance to the T terminal – nicknamed the Africa Terminal. As such, for security reasons, processed passengers cannot exit the area.

The quality of shopping options available to African passengers, compared with other terminals at Brussels Airport, is another source of irritation.

“The Africa terminal is very bare and has no pharmacy, no fancy shops and no bookshops,” said Omanga.

The glass wall that separates terminals B and T creates  the illusion of “two worlds” for many passengers.

“The Africa terminal is far and vacant,” said Mariama Nyelenkeh, a Sierra-Leonean. “They have one little [coffee] booth in the middle. However, there’s a lot of restaurants and bars on the other side.“

A message from Brussels Airport’s official Twitter account advised passengers to visit Terminal B if they wanted to shop, before heading to T.

While some quietly accept their second-rate flying experiences, others are more outspoken about the apparent double standard.

“From Amsterdam to Freetown, KLM made us wait eight hours on the plane,” Nyelenkeh said, referring to a flight she took with the Dutch airline from the United States to Sierra Leone in 2017.

The prolonged delay in the hot aircraft was unbearable.

“I got up twice to ask what was going on. They said we should keep calm, that they were trying to clean the ice [from the tarmac]. Then they gave us water and crackers four hours later,” she said.

Later, Nyelenkeh filed a complaint and got a $150 gift card, compensation she deemed insufficient for a ticket worth more than $1,000.

Regarding the episode, KLM said: “Delays will occur as a result of bad weather conditions [and] because of KLM’s commitment to passenger safety, KLM, like all airlines, will not operate flights in unsafe weather conditions.”

It also stated its “aircrafts are deployed in a manner that optimises KLM’s global network”.

Tunde Sawyer, a lawyer, was luckier with his compensation, claiming 600 euros ($665) from Air France after his Abuja-bound flight from Paris was grounded for two nights in 2018.

But while the airline arranged hotel accommodation outside the airport for passengers with legal documents required to enter France, “for the rest of us, the story was different”, said Sawyer.

“We were told they would give us accommodation in the airport the next morning, with the implication being we were going to sleep in the airport lounge that night.”

Sawyer said staff started paying attention to him after he mentioned his profession. 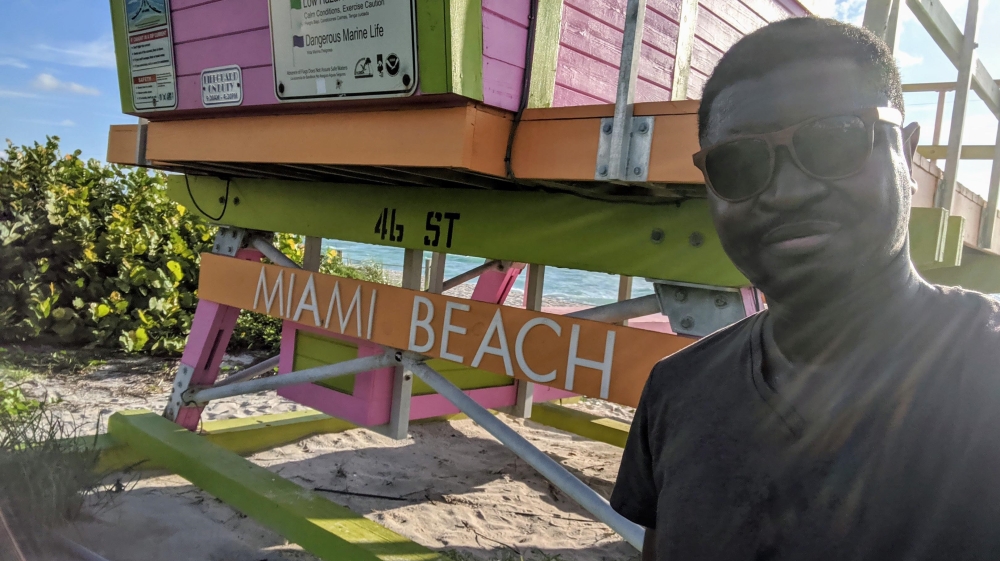 Lawyer Tunde Sawyer said Air France representatives tried to make African passengers sleep in an airport lounge after a flight was delayed, while other travellers were being put up in a hotel [Courtesy: Tunde Sawyer]

He insisted passengers on cancelled flights were entitled to accommodation, meals, and shopping vouchers for basic toiletries for each day they were inconvenienced.

“It’s the international air transport standard,” said Sawyer. “I presented the information to them, and all of a sudden there was a change of heart. They were going to give us accommodation.”

Passengers were later lodged in a hotel in the international zone of Charles de Gaulle Airport and in Air France’s business lounge. Meal vouchers were also provided.

The French carrier, in an email to Al Jazeera, wrote: “Air France does not discriminate against its African customers [and] obviously makes no difference in the commercial treatment of its passengers according to their origin or nationality.”

The Twitter hashtag #FlyingWhileAfrican reveals a litany of grievances against international airlines – flights taking off with dirty toilets, ground staff questioning Africans in priority or business class queues as though they are out of place, and flight attendants sneering at passengers or deliberately ignoring the call button.

“I didn’t get any utensils, so I pressed the [call] button repeatedly but got no reply,” said Mushtaha Elmusharaf, referring to a Qatar Airways flight to Khartoum.

A frequent traveller, Elmusharaf ended up not eating during the six-hour trip on which, he claimed, there were no screens.

Cabin crew, he said, failed to say “please” or “thank you” in their interactions with passengers.

By the time of publishing, Qatar Airways had not responded to Al Jazeera’s request for comment.

The non-African part of Elmusharaf’s itinerary, however, was so enjoyable he even took a video of the ultramodern cabin.

“I felt a bit nauseous and the stewardess got me a snack, gave me Panadol, and kept checking up on me during the flight,” he said, regarding his Qatar Airways flight from the United Kingdom to Qatar. “The cabin crew were ready to assist, though there wasn’t much required.”

According to Babatunde Adeneji, a Nigeria-based aviation consultant, the discrepancies boil down to economics.

He said Africa’s relatively small market size – 2.1 percent of global air passenger traffic – and limited competition on the continent means the costs of flying bigger and newer fleets are not justified.

“If I’m a European carrier flying out of my hub in Frankfurt where competition has forced me to improve, I’m not going to send those planes to Africa, because Africa is not a bastion of competition or luxury services,” he said.

Although Adeneji acknowledged racism plays a role in certain scenarios, he faulted weak enforcement of aviation regulations across the continent.

Governments, he said, do have power to ensure compliance.

For example, following complaints from disgruntled Turkish Airlines customers, the Nigerian Civil Aviation Authority (NCAA) in December threatened to suspend the carrier from operating in the country after it repeatedly abandoned checked-in luggage in its hub in Turkey.

Days later, the NCAA confirmed the airline had complied with its directive to deploy larger aircraft capable of stowing more luggage.

Ultimately, African travellers want to be treated with the same respect and standards accorded to passengers on other international routes.

“It’s just horror stories up and down,” said Nyelenkeh. “I don’t want to hear ‘sorry to hear that’ [from the airlines]. Fix it.” 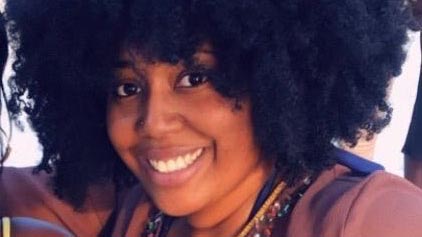 Mo Farah Says He Is ‘Happy’ For Any Anti-Doping Body To Re-Test His Samples: Ghanatoday.net

South Africa remains hostage to its past and has turned...