A Ghana Air Force aircraft on Wednesday morning overrun the apron at the Air Force Base in Accra.

The aircraft, CASA C295 with registration number GHF552 overrun the apron during a routine engine run at about 11:10 hours on Wednesday [January 22, 2020], a press statement signed and issued by the Director of Public Relations of the Ghana Armed Forces, Colonel Eric Aggrey-Quashie said.

There was no casualty to any of the crew members and anybody and there were no passengers also on board, the statement said.

It said a preliminary investigation team has been constituted to come up with an initial report within 48 hours.

It added that the manufacturers of the aircraft, Airbus have been notified of the incident.

“They are expected to fly in a team to join their Ghanaian counterparts for a thorough assessment of the aircraft damage. It is worthy to note that the aircraft is recoverable”.

“The aircraft has been non-operational since October 2019. The Ghana Airforce will like to assure the public and especially its clientelle that the Ghana Air Force is still operational and its activities have not been affected by this incident. The morale of personnel is high and all are going about their normal activities,” the statement added.

Below is a copy of the statement issued by Ghana Armed Forces: 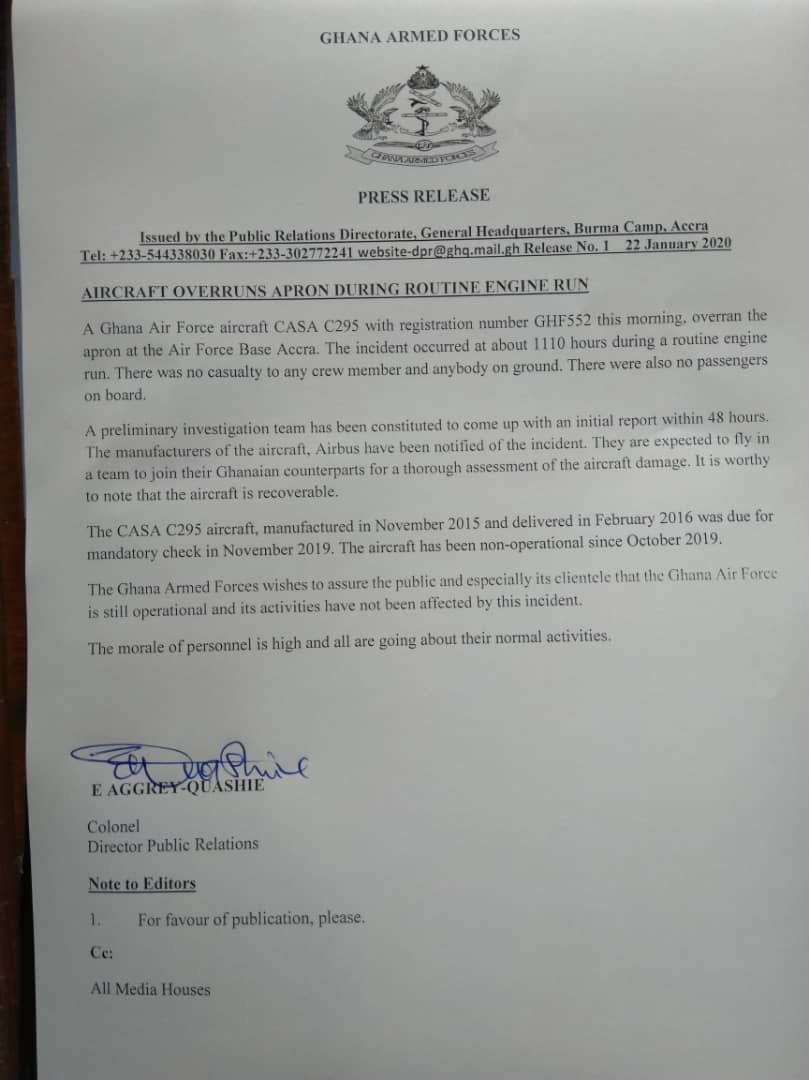 Manhunt for killers of police corporal at Mankessim

Manhunt for killers of police corporal at Mankessim

We dropped MyPillow because of weak sales, not politics, retailers say