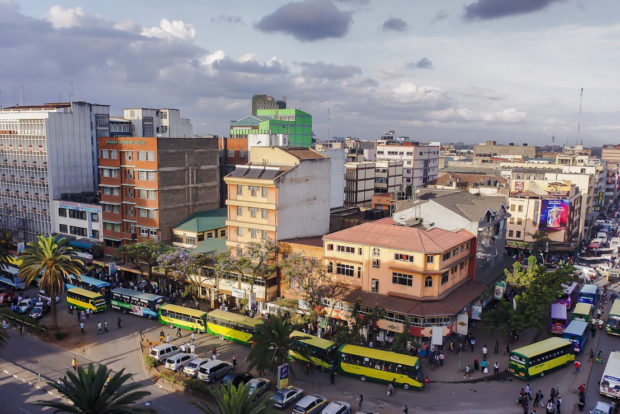 The UK Centre for Cities and Infrastructure aims to improve cities across Africa, including in Kenya. (Image courtesy: diaznash/Pixabay).

The UK is to set up a specialist
centre that will help to improve the way African cities are planned, built and
run, with the aim of making urban centres more sustainable and reducing poverty.

The UK Centre for Cities and
Infrastructure will provide British expertise to African governments
and city authorities and will focus on improvements to infrastructure,
including water and energy networks.

The centre – which is to be
based in the UK, at a location to be announced next year – is backed by £48m
(US$63m) of UK funding. Of this, £30m (US$39) will support projects in
countries across Africa, with the rest earmarked for investment in fast-growing
cities in other parts of the developing world.

The
initiative was announced by UK international development secretary Alok Sharma
on January 14 during a visit to Kenya.

“Our
new UK aid support, announced ahead of the UK-Africa Investment Summit, will
contribute to creating the African cities of the future, using British
expertise to provide quality, green infrastructure across the continent,”
Sharma said.

“Infrastructure
is the backbone of economic growth. It helps the poorest people access basic
services such as clean water and electricity, creates jobs and boosts business.”

City populations on the rise

Attempts to address
Africa’s lack of infrastructure are shifting from the national to city level.
By 2025, there will be 100 African cities with more than one million
inhabitants, according to consultancy firm McKinsey. The World Economic Forum says that Africa’s
current population of 1.1bn citizens will double by 2050, with more than 80% of
the increase in cities.

Africa’s development needs must be
addressed through decentralised approaches, according to Jean-Pierre Elong
Mbassi, secretary general of United Cities and Local Governments (UCLG)
Africa.  The main obstacle facing cities
seeking to invest in climate resilience lies in their “capacity to prepare
projects and their capacity to manage large-scale projects,” Elong Mbassi said.

According to the African Development
Bank (AfDB), Africa needs
infrastructure investment of US$130bn–US$170bn (£99bn–£130bn) a year, and faces
a financing gap of between US$68bn (£52bn) and US$108bn (£83bn). The bank says that annual investments required by
cities to bridge the gap range from 2% to 8% of national GDP. The investment
shortfall is particularly acute in small and medium-sized cities, the AfDB
says.

The UK Department for
International Development (DFID) supports emerging urban areas in Kenya through the Sustainable
Urban Economic Development (SUED) Programme, which uses digital technologies to build ‘smart’ cities and runs until September
2022. The latest annual SUED review, published in August 2019, says the programme needs to coordinate with
initiatives such as the World Bank’s Kenya Urban Support Programme to develop a
coherent approach to strengthening municipal capacity. According to Elong Mbassi,
the sharing of
knowledge and experience in African development projects remains inadequate.

He also announced £3.5m (US$2.7m)
of new aid for the SheTrades programme, which will seek to create 3,000 new
jobs in businesses run by women.