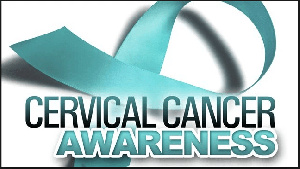 Once infected, the virus could stay in the host for about 10 to 15 years before symptoms show

Ms Rose Eduful, the Principal Nursing Officer of the Korle-Bu Teaching Hospital (KBTH) Reproductive Health Centre, has urged teenage girls to abstain from early sexual activity to reduce the risk of getting cervical cancer in the future.

It said research has proven that abstaining from early sex was one way of reducing cervical cancer, the most common cancer among women in Ghana.

Ms Eduful made this known to the Ghana News Agency (GNA) in an interview in Accra.

She said the human papillomavirus (HPV), which caused cervical cancer, was acquired through skin to skin contact with someone who had the virus during sexual intercourse.

She said once infected, the virus could stay in the host for about 10 to 15 years before symptoms start to show.

“Symptoms include; offensive discharge from the vagina, blood flow after normal menstrual period, during or after sexual intercourse and women in their menopausal age who bleed, prolonged back pains, loss of weight among others,” Madam Eduful added.

She said it was for that reason that the facility would be embarking on a three-month cervical cancer awareness campaign starting on January 24, 2020 to screen more women and girls.

The screening, which normally costs Ghc150.00 would be at a discounted rate of Ghc80 to be able to screen more women.

“Also, the HPV vaccination, which was GHC 300 is reduced to GHC200 to allow more women to vaccinate as preventive measures,” she added.

Ms Eduful said after three years of sexual exposure, every woman should have a cervical cancer test, while teenagers from nine to 14 years who had not been initiated to sex should be given the vaccine to prevent them from getting the HPV infection.

She said teenage girls, not engaged in any sexual activity would be 100 per cent immunised when they go for vaccination.

“Women who are already engaged in sexual activity however, have 70 per cent chances hence, the need for them to get screened at least once every three years, Ms Eduful added.

She advised women who experience any of the symptoms to visit the health centre for medical examination adding that some of the risk factors of developing cervical cancer included; the human papilloma virus (HPV), low socio-economic status, smoking, marrying before age 18 years, young age at the first coitus, multiple sexual partners, multiple sexual partners of spouse, and multiple childbirths.

The Cancer Advocate said too many women were dying of cervical cancer, and every woman needed examination to reduce the deaths.

She said statistics indicated that 3,000 cervical cancer cases were recorded annually with more than half of those diagnosed not surviving due to late reporting.

“But the good thing is that the situation can be averted when detected early and therefore the screening is necessary,” she added.

She revealed that the Greater Accra Regional Hospital Ridge and other public and private facilities would be embarking on a campaign and urged women to take advantage and get screened.

NDC, others picket at EC offices in Bolgatanga over new Voters' Register