The Inspector-General of Police (IGP), Mr James Oppong-Boanuh has placed a GH¢10,000 bounty on the head of the suspected armed robbers said to have shot and killed a policeman and wounded two others on Wednesday morning at Mankessim in the Central region.

The policeman, Lance Corporal Kingsley Boahen was said to have gone jogging when the incident occurred Wednesday dawn [January 22, 2020].

The suspected robbers had earlier stormed the Zen filling station on the Mankessim-Assin Fosu road and robbed the facility at around 2am, a press statement signed by the Deputy Superintendent of Police (DSP) in charge of Public Affairs in the Central Region, Irene Serwaa Oppong.

The police managed to foil the operation of the robbers after heated gun exchanges which led to the injury of the two other officers.

“However, at about 0430 hours of the same day, the body of the deceased Police officer who was not on duty and was in civil clothing was found with gunshot wounds at a distance of about 200 metres away from the robbery scene.”

The police assured that it has begun investigations to establish the facts of the events leading to the death and injury of the Officers.

Below is a copy of the statement 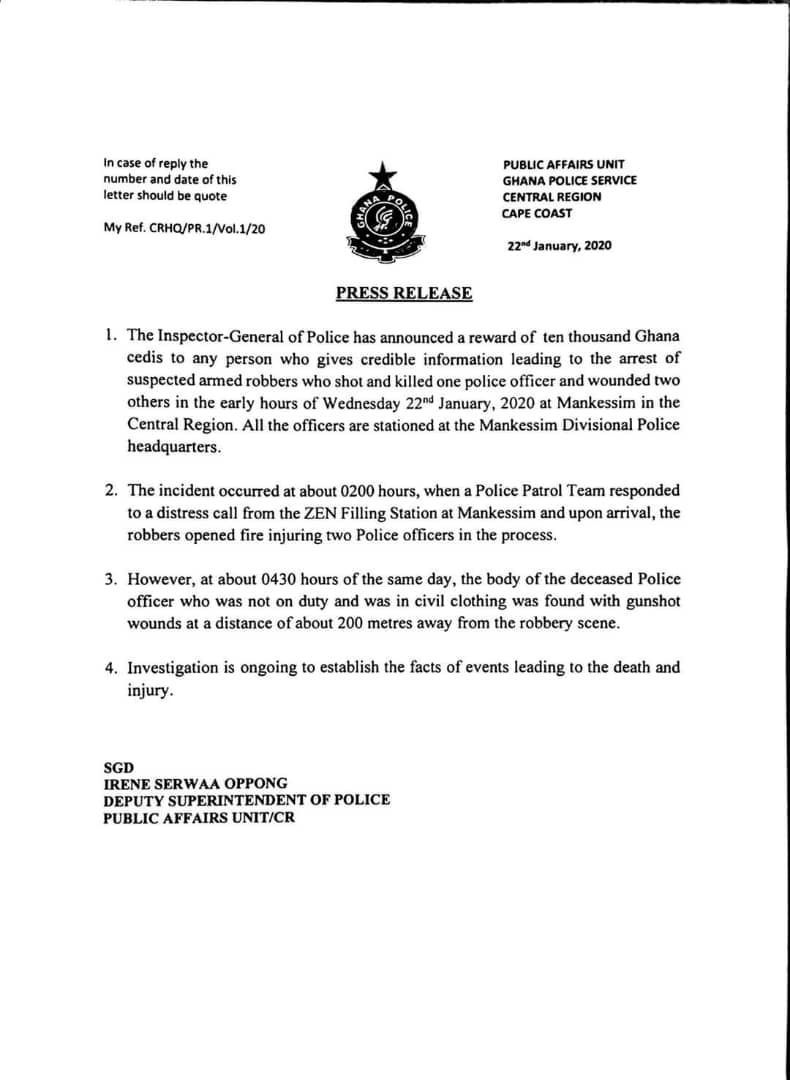 NDC, others picket at EC offices in Bolgatanga over new Voters' Register