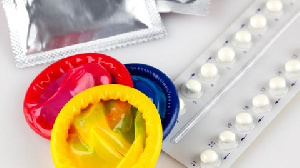 Contraceptives usage in December last year soared higher due to the festive period, scores of pharmacists in Accra told the Ghana News Agency in an interview.

It is mostly used by the youth, adults and some married couples.

Attendants at Top Up Pharmacy at the Osu Oxford Street said their Ghanaian community had gradually developed the boldness to walk to a pharmacy shop to buy contraceptives “people are no longer shy and most attendants have also improved on their behaviour.

“Some years ago, the attitude of pharmacy attendants towards one purchasing contraceptives put them off, patronage of either male or female condom does not necessarily mean one is living a promiscuous lifestyle.”

The Attendants said; “We made a lot of sales during festive occasions and weekends because most people in their joyous moment want to crown it with intimacy”.

They said Lydia contraceptives was sold at GHC 10.00, two different types of Postinor 2 that cost GHC 5.00 and GHC30.00 respectively.

Madam Ernestina Enyonam, the pharmacist at the 24-hour pharmacy behind the Danquah first bus stop mentioned that market was normal during the festive seasons and the company did not receive any new brand of contraceptives.

She said, for instance, a pack of kiss condoms was sold GHC 2.00, Rough Rider pack GHC8.00, and many

Another Pharmacist at Parker Pharmacy in Korle-Bu speaking to the GNA on condition of anonymity said they don’t sell contraceptives due to its location.

“Because of where we are located, we only sell drugs on prescriptions. The patronage of contraceptives is low here and therefore we throw them away when they expire which we always run at a loss. So, for now, we no longer sell them.”

Even After All, Thousands Of NPP Supporters Know About The Inefficient Leadership Of Akufo Addo