‘We ask the crowd for respect’: South Africa bowler Beuran Hendricks insists his side do not condone fan behaviour which provoked England’s Ben Stokes

By Neil Manthorp For The Daily Mail

South Africa‘s debutant left-arm seamer, Beuran Hendricks, said they do not condone the crowd behaviour which provoked Ben Stokes’ expletive-laden outburst on his way to the dressing-room after being dismissed for two.

‘We ask the crowd for respect and for them to enjoy the game as much as we do,’ said Hendricks after Stokes had answered a spectator’s chirp with a volley of vitriol of his own.

South Africa had to wait until the 36th over in Vernon Philander’s third spell before the great seam-bowler finally produced the sort of wicket-taking delivery which became his trademark. Nipping away and luring Zak Crawley into an edge to slip, it was Philander’s 223rd Test wicket but his only one of the day. 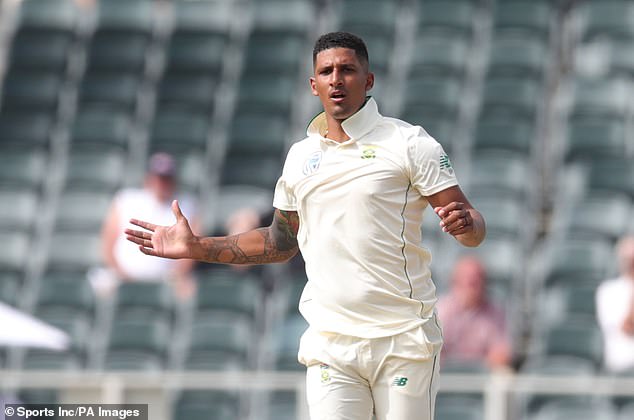 It should have been two but he overstepped when having Dom Sibley caught in the gully on 12. Frankly, it has been a curious series for ‘Big Vern’ after he announced his international retirement before the first Test in Centurion, which served up a pitch tailor-made for his skills.

But his beloved Newlands then offered up an ‘administrator’s pitch’ (flat and lasting five days) and he seemed to lose interest. St George’s Park was even flatter and slower and he bowled just 16 overs in five spells out of a total of 152 in England’s mammoth total of 499-9. Captain Faf du Plessis spoke about ‘managing his workload’ after that match but any leader of the attack would expect to contribute more than that.

Dane Paterson, in just his second Test, and Hendricks grew up playing with Philander in Cape Town and both admitted to the emotion in the squad as he heads for the final chapter of his career with Somerset. 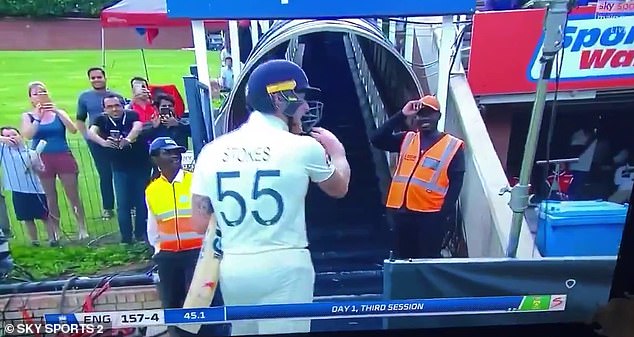 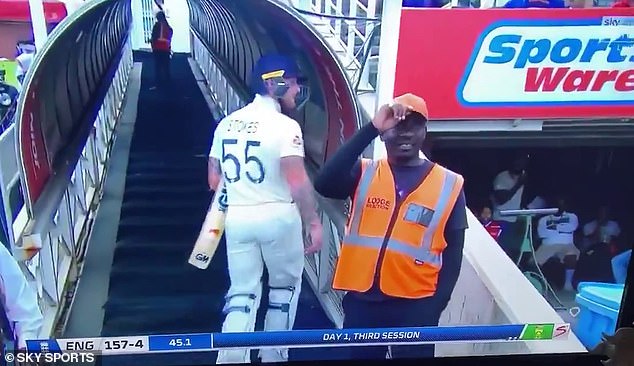 ‘I thought about shedding a tear but we had to concentrate on the Test match!’ said Hendricks after having Sibley caught down the leg side for his first Test wicket. ‘It was a plan to bowl at his body because he does seem to have a weakness there, so that was very satisfying.

‘We spoke at tea about being a better team than we had showed and it made a big difference afterwards.

‘There was a lot more intensity and we bowled much better lengths.

‘Thankfully, we had those four wickets to show for it.’ 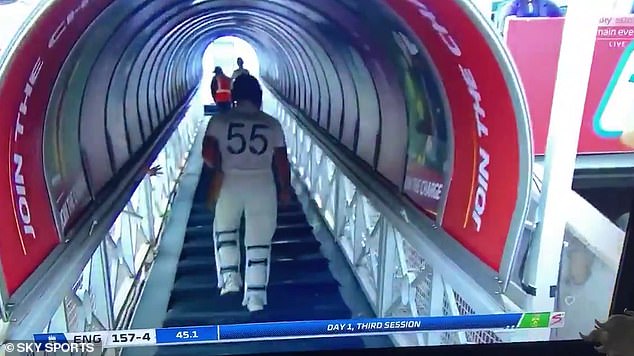