A Plus slams NPP for painting Rawlings evil: Ghanatoday.net 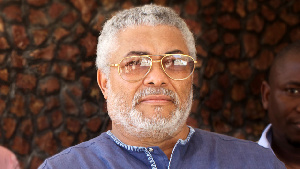 Former NPP sympathizer and current founder of TPP Kwame A Plus has called out the NPP for painting former president J.J Rawling evil despite he being a hero.

A Plus, who was on a Facebook rant described the NPP as a wicked political party, blaming them of sabotaging Nkrumah as well as accusing former president, J.J Rawlings of murder.

According to him, “those who were against Kwame Nkrumah and even opposed the building of the Akosombo dam, Tema Harbour and the Accra Tema Motorway and orchestrated his overthrow were the same people who formed a party purposely to accuse JJ Rawlings of everything including Murder.”.

His Facebook rant also got him talking about the collapse of some banks in Ghana as the central bank sought to sanitize the country’s financial sector.

“Collapsing of Ghanaian owned businesses and businessmen to win power only to turn around and make him their best friend and hero. Apparently closing down Ghanaians business (banks) is not a bad thing even if they donated some of the said “stolen” depositor’s money to their campaign”, he added.

A Plus believes that a cross section of Ghanaians see JJ Rawlings as corrupt and he faults the NPP for such propaganda.

“Fact is, he is human. He made some mistakes. But JJ Rawlings was not evil. He is a hero. He wanted the best for Ghana but NPP didn’t allow him. Just as they didn’t allow Osagyefo!!! Very wicked people!!!” he concluded.

Meet the African drag kings who are busting stereotypes

Meet the African drag kings who are busting stereotypes

Mahama has no case in court, let me be the lead Counsel