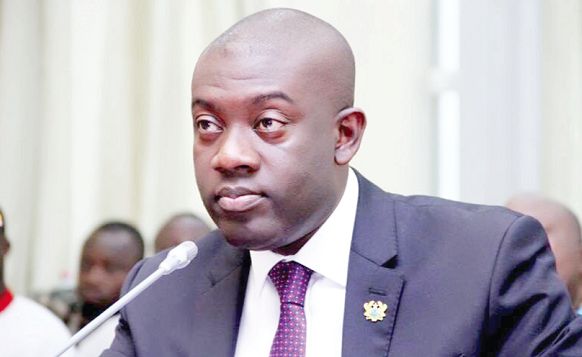 The government has taken delivery of all 307 ambulances purchased under its One Constituency, One Ambulance initiative.

The distribution of the vehicles is expected to begin immediately after the President, Nana Addo Dankwa Akufo-Addo, commissions the vehicles tomorrow.

The Minister of Information, Mr Kojo Oppong Nkrumah, made this known when he addressed the first in the series of the ministerial briefings for 2020 in Accra yesterday.

He said the deployment of the ambulances and additional staff for the Ghana Ambulance Service was to boost emergency health care in the country.

“Emergency healthcare services in Ghana are to receive a major boost from this week, following the dispatch of over 300 ambulances, over 300 emergency medical technicians (EMTs), drivers and support staff and 30 dispatchers to 275 constituencies nationwide from Tuesday,” he said.

He said the ambulances were procured under the government Infrastructure for Poverty Eradication Programme (IPEP) currently being implemented by the Ministry of Special Development Initiatives (MSDI).

Mr Oppong Nkrumah said emergency services in the country needed an urgent boost, adding that since the establishment of the Ghana Ambulance Service with an initial investment by the Kufuor administration in 2004 with some 10 ambulances and seven stations, emergency health was still lacking.

He said in line with pre-election commitments to improve healthcare delivery, the Akufo-Addo Administration had invested in the special purpose vehicles and expected them to augment other efforts at improving healthcare delivery.

“We encourage all to take note that the budgetary allocation of $1m per constituency is what is being used to fund this fleet, an indication that in addition to the other initiatives of the MSDI, that IPEP programme is yielding results,” he stated.

Mr Oppong Nkrumah said in addition to the ambulances, clearance had been given for 575 EMTs to be recruited, out of which 450 had been recruited already.

“The initial deployments of EMT staff are drawn from this and previous staff.

An additional 900 staff have received clearance to be recruited,” he said.

He said Tuesday’s commissioning by the President followed the completion of training of paramedics, fitting of tracking devices, manufacturer’s training, capacity building for paramedics among other technicalities required ahead of using the ambulance.

The Information Minister said apart from the five-year manufacturer’s maintenance agreement as part of the purchase contract, the government expected the Ambulance service to maintain the national investment to ensure longevity.

In 2016, the New Patriotic Party (NPP), as part of its electioneering, promised to provide an ambulance for each constituency and to revamp the National Ambulance Service to improve health delivery.

In December 2018, the President announced that the government would deliver on its promise on ambulances for every constituency in 2019.

To that effect, the purchases were made and a government delegation, led by the Minister of Special Development Initiatives, Ms Mavis Hawa Koomson, visited Turkey in June to inspect progress of work on the manufacture of the ambulances.

Towards the end of September last year, the ministry took delivery of the first batch of 48 ambulances out of the 307.

The second and third batches were delivered in October and December last year.

The ambulances became the subject of controversy following the delay in distributing the first batch that arrived in the country, after the minister insisted that the distribution would be done on receipt of the consignment.

Some members of the public criticised the decision as wrong, considering the vulnerabilities within the health delivery process and emergency responses.

President Akufo-Addo confirmed the January 28, 2020 date when he met the press last month.

Writer’s email This email address is being protected from spambots. You need JavaScript enabled to view it.