Fight against inequality should not be accidental- Coalition: Ghanatoday.net 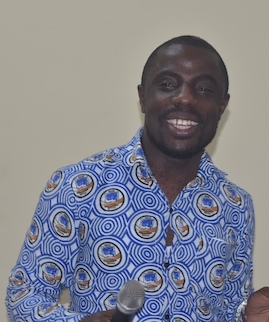 Fight Inequality Alliance and Ghana Civil Society Organizations platform on the Sustainable Development Goals have said efforts to check inequality in the country should not be accidental, but achieved through consistent and coherent policies and strategies.

They therefore called on government to spend sufficiently on universal quality public services that reduced the gap between the rich and poor and ease gender disparities.

These were contained in a statement issued at the end of a week-long campaign by the Coalition and signed by Mr George Osei Akoto, Country Director, SEND Ghana and Co-Convener of SDGs 10 (Sub-Platform).

The Coalition is a network of civil society groups and activists that were building a global movement to counter the excessive concentration of power and wealth in the hands of a small elite, which is coming at the back of the World Economic Forum currently ongoing in Davos, Switzerland.

It noted that inequality had become a defining global problem of the present time that must be addressed to achieve the Sustainable Development Goals, revealing that the top one per cent had now accumulated more wealth than the rest of the world put together.

The statement said for instance, a research study on inequality by Oxfam, SEND Ghana and Ghana Anti-Corruption Coalition in 2018, established that one of the richest men in Ghana earned more in a month than one of the poorest women could earn in 1,000 years.

It said according to Oxfam International and Development Finance International’s first ever West Africa Commitment to Reducing Inequality (CRI) index 2019, Ghana and other West African governments were the least committed to reducing inequalities in Africa.

Ghana makes one of the least investments in healthcare, education and social protection especially for the most vulnerable in society and ranks 12th on social spending, coming behind countries like Cape Verde, Cote d’Ivoire, Burkina Faso, Mali, Niger, and Mauritania.

It said no girl ever completed Junior High School in Sawoubea, a town in the Upper West District since the establishment of the school 25 years ago, quoting a Ghana News Agency publication of October 25, 2019.

The statement noted the Commitment to Reducing Inequality Index for West Africa showed clearly that governments had a choice and that inequality did not happen accidently and that efforts to address inequality in Ghana must be consistent and coherent.

It called for the allocation of a minimum of 15 per cent and 20 per cent of government budgets, to fund a public health sector that was free, universal, easily accessible and of high quality and boosted universal public quality education that was free of charge, with a special emphasis on improving access to high-quality primary and secondary education.

The statement called for the implementation of a universal tax-based public services and social protection programmes and not “divisive poverty targeting or failed health insurance schemes.”

It also called for an increase in tax revenues by collecting more from those who have more in order to better fund basic social services.

“Strengthen protection for labour rights and enact policies for more inclusive labour markets, improve protection for the right of labour, review minimum wage policies and regulatory regimes and legislate to enforce equal pay for equal work for all,” it said.

“Fight discrimination against women, including; by criminalising it, publicise incidents of rape and sexual harassment in the workplace and enforce laws against such practices,” the statement added.

Africa is rising, but can the continent's countries capitalize?

Africa is rising, but can the continent's countries capitalize?