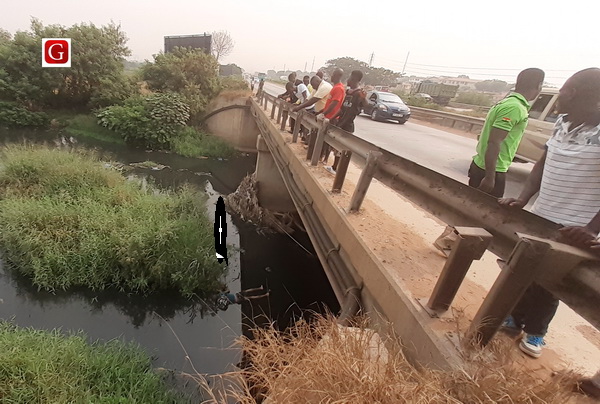 The dead man (arrowed) lying in the drain at Ashaiman

A man suspected to be in his late 30s or early 40s, was on Tuesday morning found dead in a storm drain close to the Ashaiman Under-Bridge on the Tema – Accra side of the Motorway.

The deceased (yet to be identified as at the time of filing this report), lay face down in the swampy drain and bore fresh cuts in the right leg.

He looked fair, had a cropped hair, wore a green T-shirt over black shorts, barefooted, and carried a black backpack. 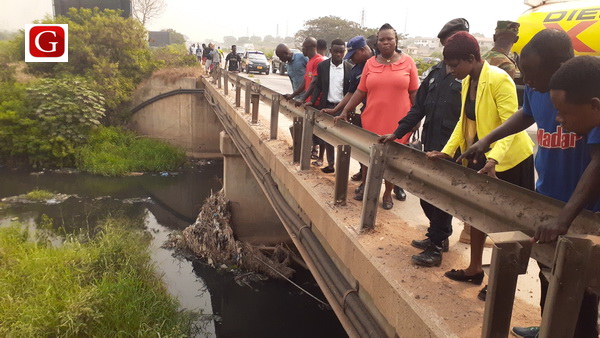 Locals who claimed they had no idea how he came to be there, told Graphic Online he was discovered dead in the drain at daybreak Tuesday.

As at 9am, a team of policemen who had arrived with a patrol pick-up, were mapping out strategy to evacuate the body while streams of onlookers, mostly commuters, gathered to catch a glimpse of the misfortune.