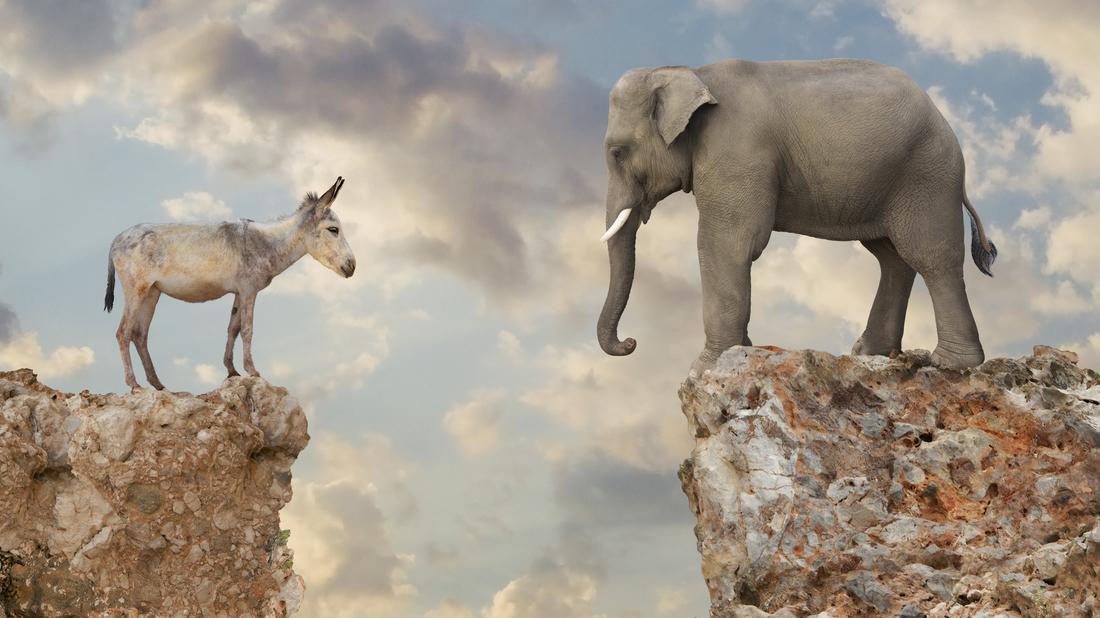 Amid impeachment and the 2020 election, surveys show political fevers running high at work, undercutting trust and productivity. And workers and employers are bracing for those dynamics to get worse. 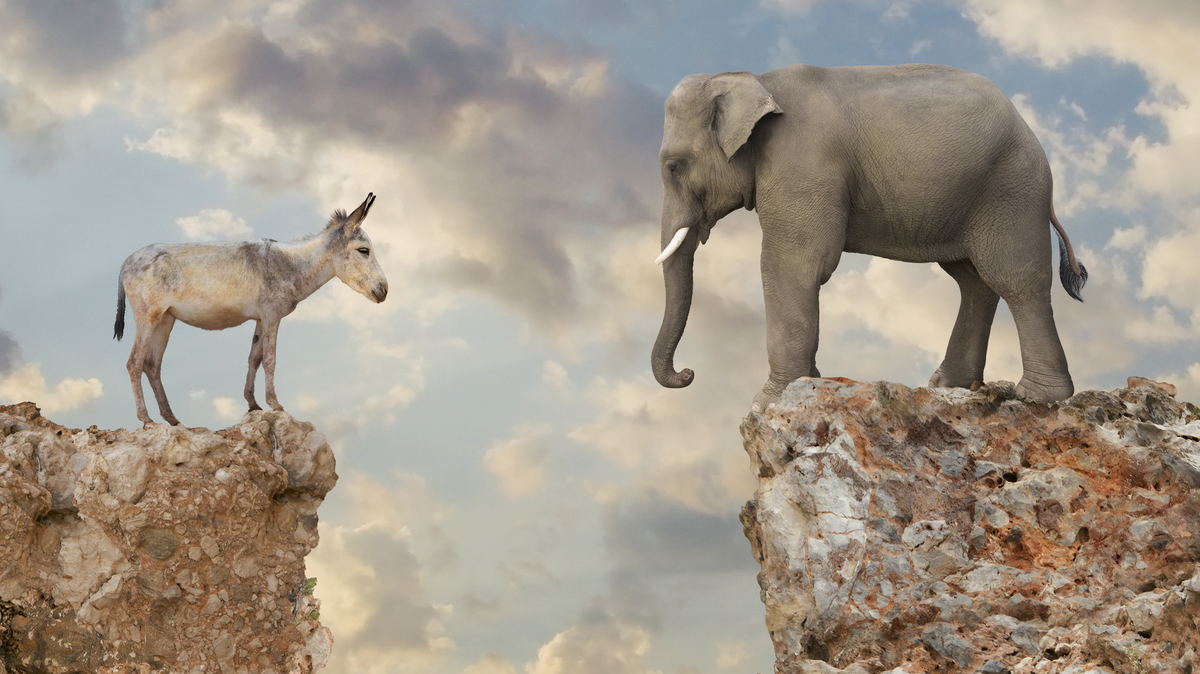 Amid impeachment and the 2020 election, surveys show political fevers running high at work, undercutting trust and productivity. And workers and employers are bracing for those dynamics to get worse.

A few months ago, a skirmish broke out on the factory floor of a clothing maker in Portland, Ore. It had received an order to make T-shirts for the Trump presidential campaign — but some people refused to work on the project.

The conscientious objectors were allowed to opt out, says Darcey McAllister, who handles human resources for her small- and medium-size business clients.

“But then those same people were harassing the people who were actually working on the project,” she says. “‘And so the manager called me and was like, ‘What do I do?’ “

McAllister told him to remind protesting workers that there was a business to run and to stop heckling their coworkers.

On factory floors and work sites and in clusters of cubicles, political divisions are playing out as real-life work drama. Such disputes are not only more common, but they’re also more contentious, especially amid an impeachment trial and the lead-up to the November presidential election.

According to a recent survey by the Society for Human Resource Management, 42% of U.S. workers have had political disagreements at work. And the resulting strife feeds an undercurrent of workplace stress.

Employees can’t focus, the pace of work slows, and trust is broken. Some workers feel unwelcome or even discriminated against. That’s especially true if they’re in the political minority in their workplace.

“The people who are Trump supporters probably keep a low profile for fear that they will get verbally attacked or questioned to the point that it would make them feel uncomfortable,” McAllister says. “I do absolutely have that sense that that’s true in Portland.”

What’s more, she expects it to get worse: “I know as we get closer to November 2020, it’s going to become more and more of a problem.” 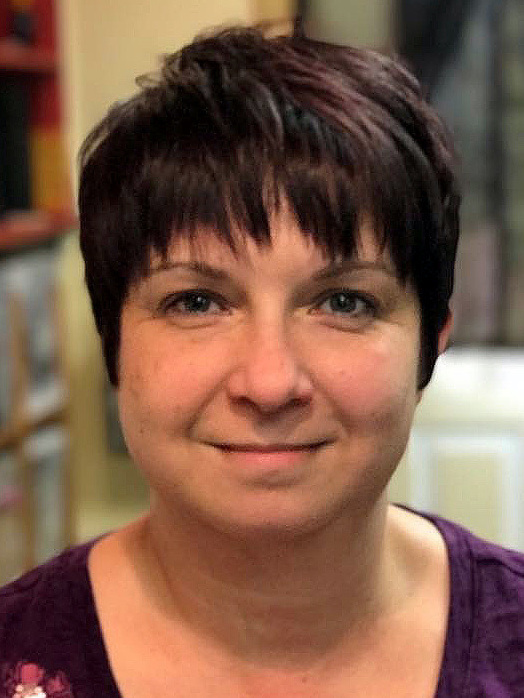 Beth Kloetzer, a supervisor at a library in Wilmington, Del., has urged her staff to read memoirs written by people on opposing political sides.

That leaves people like Beth Kloetzer in a bind. Kloetzer supervises a Wilmington, Del., library — typically a quiet environment for reading or researching in peace. The 30-person staff is supposed to offer unbiased help finding information.

Except that has not been the reality. Personal politics have redrawn allegiances and roiled tensions among staff members. Kloetzer — a Democrat — says, at times, it’s difficult to avoid getting sucked into talking about the political events of the day, at work and online.

“Actually, I have a colleague that I just block her on social media because I was like, ‘I can’t see this,’ ” Kloetzer says.

She blocks angry posts from her news feed from both sides. Such comments reveal her coworkers’ political leanings, which range from conservative Trump supporters to nonsupporters, to liberals and a few in between.

“I wonder sometimes: Do people feel this strongly or is it just that they’re driven to feel that way because that’s the mood?” Kloetzer says.

It has calmed down a bit recently, she says, perhaps because she has urged her staff to read memoirs written by people on opposing sides, including Hillbilly Elegy, by conservative author J.D. Vance, and Born a Crime, by liberal comedian Trevor Noah.

“Reading about people of different views, you grab hold of the things that you can relate to,” Kloetzer says. “It might not change your opinion overall, but it might give you a greater understanding of why everyone doesn’t agree.”

Some, like Brian Melehan, seek refuge in silence. Politics feels so personal these days he worries a slip of the tongue could cost him business. “I don’t want to make anybody mad; it makes me kind of walk on eggshells,” he says.

Melehan’s family runs a residential construction firm in Lisle, Ill. He describes his views as to the left of the Republican-leaning majority in his community. Politics was once safe fodder for chitchat, he says, but now he avoids the subject altogether — especially with clients. That never used to be the case.

“I never, ever felt like I was in fear that my political viewpoint would somehow prevent people from wanting to hire me because they don’t like what I think,” he says.

Melehan says he thinks healthy debate is necessary for democracy and hopes tensions will eventually ease.

“Division sells,” he says. “It is something that people can get behind for a brief period of time, but eventually we all have to work with each other.”

Reject any gov't that intends canceling Akufo-Addo's "Year of Return"

The last surviving member of Kwame Nkrumah's cabinet has passed on: Ghanatoday.net

The last surviving member of Kwame Nkrumah's cabinet has passed on: Ghanatoday.net

'Like I'm Trapped': Africans in China Lockdown See No Escape | Voice of America