The National Communication Officer of the opposition National Democratic Congress (NDC), Mr Sammy Gyamfi has been granted bail after he was arrested by the police Monday morning.

He was picked up at the premises of Accra based television station UTV.

Scores of NDC supporters besieged the Police Headquarters to solidarise with him.

A statement issued by the Public Affairs Department of the Police Criminal Investigations Department (CID) of the Ghana Police Service said Mr Gyamfi was arrested in connection with the possession of forged documents and publication of false news with the intent to cause fear and panic and alarm.

The statement signed by DSP Juliana Obeng said the offences were contrary to sections 166 and 208 of the Criminal and Other Offences Act, 1960.

It added that Mr Gyamfi was cautioned and granted bail to two sureties, to be reporting once every week at the CID headquarters. 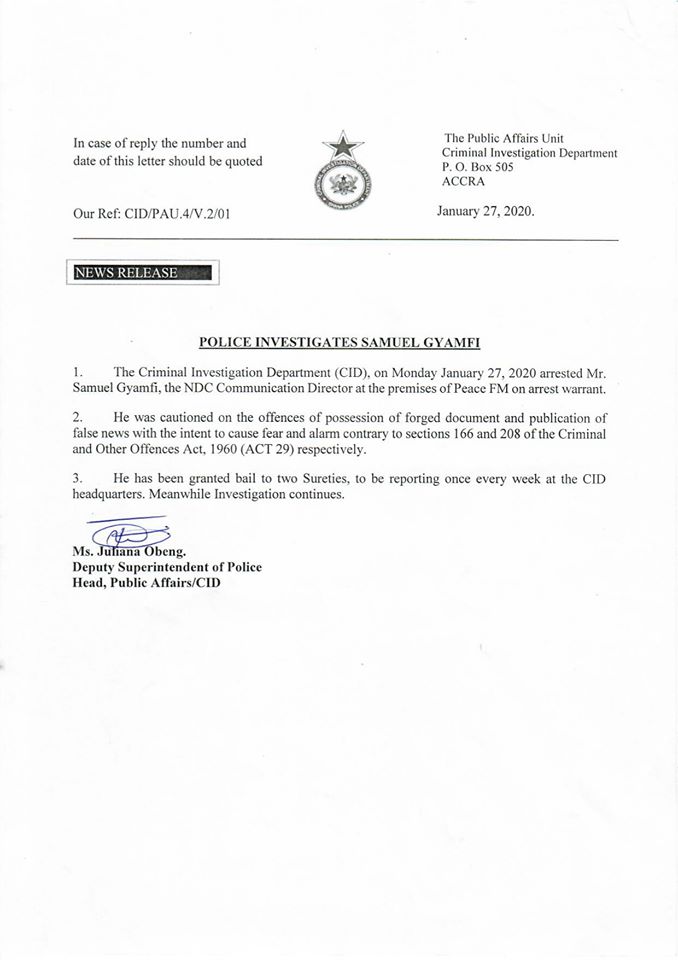