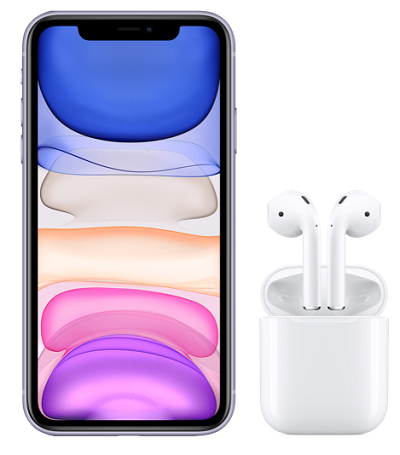 Apple reported its first-quarter results for fiscal year 2020 this afternoon, offering an important look into the company’s holiday sales quarter and momentum of Apple’s various services. The company posted earnings of $4.99 per share and revenue of $91.8 billion. Both outperformed analyst expectations, which were $4.54 earnings per share and revenue of around $88.43 billion.

“We are thrilled to report Apple’s highest quarterly revenue ever, fueled by strong demand for our iPhone 11 and iPhone 11 Pro models, and all-time records for Services and Wearables,” Apple CEO Tim Cook said in a press release. “During the holiday quarter, our active installed base of devices grew in each of our geographic segments and has now reached over 1.5 billion.”

Apple had estimated revenue to fall between $85.5 billion and $89.5 billion for the quarter. It’s certainly an improvement over the year-ago quarter, which Tim Cook headed off with a letter to investors that warned of slower-than-anticipated iPhone upgrades.

This is the first full quarter during which the iPhone 11, 11 Pro, and 11 Pro Max have been on sale. And while iPhone sales have largely levelled off in recent years, the holiday period still made for a modest bump. Apple’s latest phones include the best camera system that the company has offered in years, and they successfully bring the iPhone neck and neck with Google’s Pixel lineup for still photos. Apple continues to lead the pack in video recording capabilities, but that’s something Samsung is no doubt hoping to change with its upcoming Galaxy S20, which will reportedly be able to capture video in 8K resolution.

Outside of the iPhone, Apple’s hardware business was buoyed by a new entry-level iPad, the Apple Watch Series 5, and above all else, AirPods. In October, Apple announced the AirPods Pro, which features a new design and added active noise cancellation to the hugely popular earbuds for the first time. This, combined with the existing models of AirPods, made for a popular holiday gift.

A month later, the 16-inch MacBook Pro was introduced with improved performance, greatly enhanced speakers, and a physical Escape key. More importantly, the device also began Apple’s move away from the problematic butterfly keyboard that has adversely affected the reputation of the MacBook lineup over the last several years. That transition is expected to continue in 2020. Apple ended 2019 with the release of the Mac Pro, the top-tier, modular desktop tower positioned as the Mac that professionals had long been asking for.

But wearables were the big hardware story this quarter, up 37 per cent year over year, with the iPad and Mac segments both down compared to the 2019 holiday quarter. Cook told Reuters that Apple couldn’t meet demand for AirPods and the Apple Watch Series 3 during the quarter. The Series 3 watch, though not the newest, was heavily discounted during Black Friday and throughout the holiday shopping season.

Apple’s services business, widely viewed as the company’s long-term answer for revenue growth, continued its impressive climb in the first quarter and was up 17 per cent year over year. Apple TV Plus, the home of Apple’s original video efforts, got off to a strong start on November 1st, boosted by the free year-long subscription that Apple bundled with new hardware purchases. The company quickly picked up its first Golden Globe nominations for The Morning Show — though it ended up getting snubbed at the awards show, thanks to fierce competition from Netflix, HBO, and other content rivals.

Looking ahead, Apple is rumoured to be nearing the release of an “iPhone 9” sometime this spring. The device is expected to be a more affordable iPhone option that takes after the iPhone 8 in design and the iPhone SE in price point. New iPad Pros are due in the coming months, with reports claiming that the updated tablet will borrow the iPhone 11 Pro’s camera system and feature Mini LED backlighting.

We need to have exceptional zeal and commitment