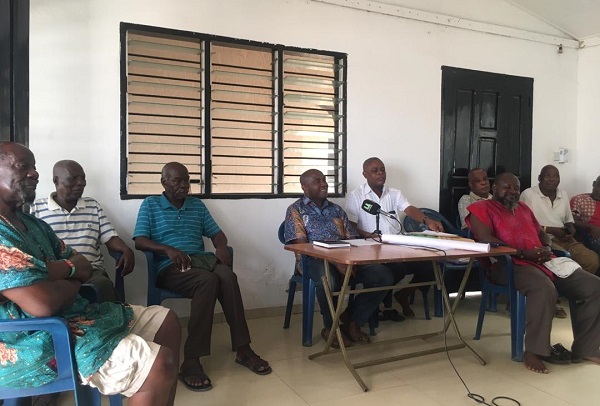 The Chiefs and traditional authorities of the Ayawaso West Municipal Assembly (AWMA) have expressed gratitude to President Nana Addo Danquah Akufo-Addo and the Municipal Chief Executive (MCE) of the Assembly, Mrs Sandra Owusu Ahinkorah for upgrading the sub-metro to municipal status.

Addressing a press conference on Tuesday, January 28, the spokesperson of the traditional authorities, Mr Joseph Ashie Dzanie said constant interaction between themselves and the MCE resulted in the success of the project which will accelerate development in the municipality.

“We are thanking the President for upgrading our sub-metro to a Municipal Status. This we are well aware puts us in direct control of our resources to accelerate our development,” Mr Dzanie said.

“We are also thanking the MCE for her constant interaction, application of our advice and her involvement of Niimei and Naamei in every programme and project of the Assembly”.

The traditional authorities also denied misconceptions that an appeal for the Presiding Member of the Assembly to be a native of the Greater Accra region was borne out of ethnocentricism.

“The request was not in any way borne out of ethnocentricism. We appreciate that Greater Accra is cosmopolitan and by extension Ayawaso West. As you are aware the traditional authorities have never objected or opposed any candidate either as a Member of Parliament or Municipal Chief Executive. We must say that Niimei have had a very cordial working relationship with all MPs of Ayawaso West from the Hon. Frema Osei-Opare who by dint of her hard work now occupies the enviable position as the first female Chief of Staff to Hon. Lydia S. Alhassan even though none of the is Ga.

“We have equally enjoyed working with and will continue to enjoy working with Honourable Sandra Owusu-Ahinkorah for her respect and commitment to working with us yet she is not a Ga”.

They said the request was rather made out of the need for a regional balance and competence which will further aid interactions between the Assembly and the traditional authorities.

Must We Politicise Ambulances Too?

Flashback: Pick up your guns, machetes and defend yourselves: Ghanatoday.net