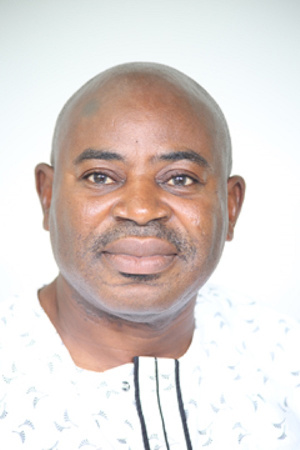 Stevens Siaka, the incumbent Member of Parliament (MP) for Jaman North constituency of the Bono Region has picked nomination forms to contest the parliamentary seat and seek re-election for the third term in Election 2020.

Mr Siaka, who is the Bono Deputy Regional Minister led the NPP to snatch the constituency seat from the NDC in the 2012 general election.

Before then, the NDC maintained the parliamentary seat since 1992

Mr Yaya Trawule, the Assemblyman for Shiekomblo Electoral Area and special assistant to the Deputy Minister picked the forms on his behalf.

In an interview with the Ghana News Agency (GNA) at Sampa, Mr Trawule said the incumbent was the best candidate for the NPP and warned it would be politically suicidal for the NPP, if the delegates failed to give the Deputy Minister another mandate to contest the Parliamentary seat

He emphasised through hard work, the MP sold the ideologies and philosophies and made the NPP and President Nana Addo Dankwa Akufo-Addo’s government popular in the area.

Subsequently, this will translate into votes in 2020 and make the NPP maintain the constituency seat and win the presidential ballot as well.

Mr Trawule said the constituency witnessed an unprecedented record of development in areas of education and health sectors, while the water situation also improved under President Akufo-Addo’s government.

He indicated that the MP facilitated construction and completion of educational and health infrastructural projects in the district saying the Nafana and Sumaman Senior High Schools benefited from dormitories, sanitary facilities and classroom blocks.

Mr Trawule said through assistance from the MP, almost all the basic schools in the area benefited from teaching and learning materials, classroom blocks, toilets and computers.

He said the water system in the area also improved as the MP constructed mechanised boreholes to provide potable water for the people.

The MP is also putting up 10 hand pumps in deprived communities, he said and added that lighting and water systems in Seketia, Goka, Sampa and Adadiem had received drastic improvements.

Mr John Komoh, the Jaman North constituency Organiser of the NPP said the party had grown from strength to strength and because of the level of development brought to the area, the voting pattern would favour them in the general election.

He said it would be difficult for the party to retain the constituency seat if delegates failed to elect the incumbent MP as the surest way to retain the seat.

Don't be party to govt's pretentious fight against vigilantism