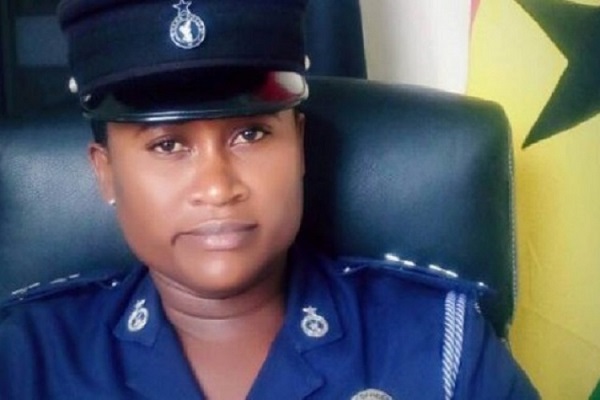 The Accra Regional Police Command has debunked claims that it did not provide security for the one-year commemorative durbar of the Ayawaso West Wuogon by-election violence.

The conduct of the polls was marred by a shooting incident at the residence of one of the aspirants,Mr Brempong; which resulted in injuries to 18 persons and an assault on an observer at one of the polling stations.

According to some eyewitnesses at the scene, members of vigilante groups affiliated to the NPP shot at NDC members who had gathered at Mr Brempong’s to go and cast their votes.

The incident also resulted in the opposition party directing their agents to withdraw from the various polling stations.

But marking the one-year commemoration of the event, the organisers of the event have accused the police of failing to provide security for the event.

The organisers’ accusations followed an internal memo issued by the police which instructed its officers to disassociate themselves from the celebration.

Part of the police memo read: “Indeed all police officers within the region must dissociate themselves from the event. Any police officer found to have availed his/herself at the ceremony will be severely sanctioned.” 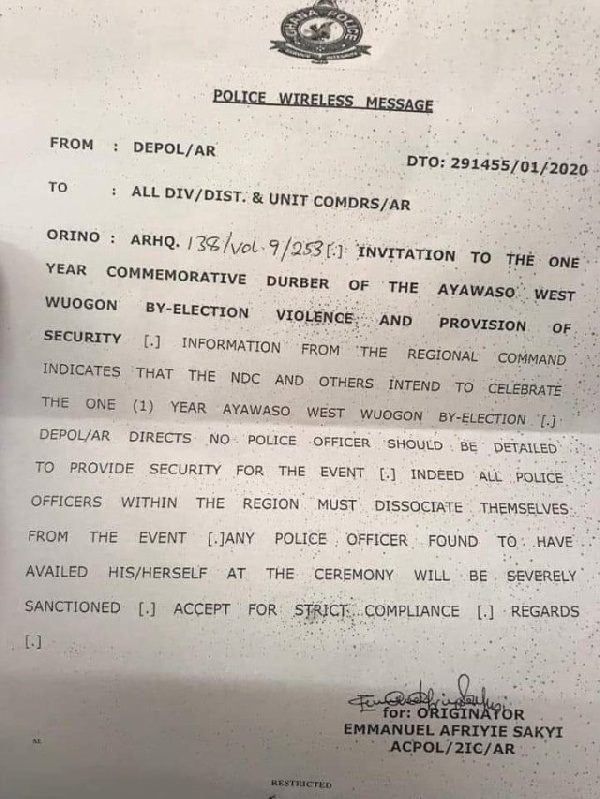 Meanwhile, a statement signed by the Public Relations Officer (PRO) of the Accra Regional Police Command, DSP Effia Tenge, stated that it provided adequate security coverage for the ceremony.

“These security arrangements were mainly to ward off criminal elements who may take advantage to foment trouble and ensure adequate security before, during and after the event”.

On the issue of the memo that went viral, DSP Efia Tenge told Accra-based Citi FM that the memo was to caution police officers who were not deployed not to attend.

“The intention of the memo or the communique was to warn personnel who were not deployed to conduct duty not to attend because we wanted to effectively coordinate every security arrangement from our end”, she clarified.

The Regional Command has, however, assured all Political Parties and the general public that it will be fair in performing its constitutional mandate of providing security for everyone.

“The Regional Command would like to reassure all Political Parties and the general public that it will remain impartial to perform its constitutional mandate of providing security for all and sundry”, the release said.

Read the full statement below;