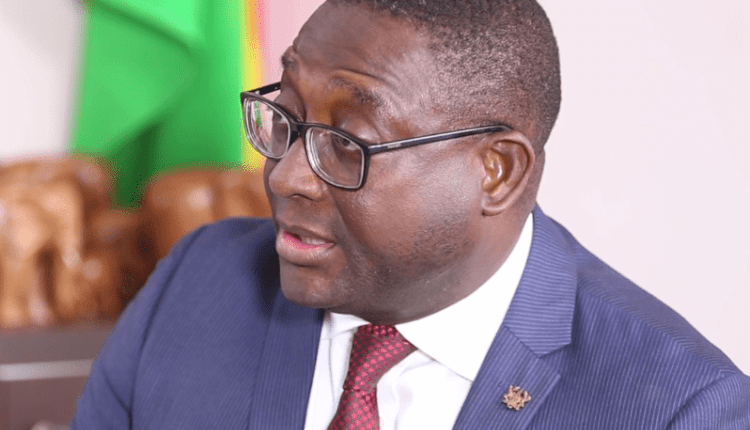 the Communication Director of the NPP, Mr Yaw Buabeng Asamoah

The governing New Patriotic Party (NPP) has called on former President John Dramani Mahama to respond to allegations that an individual close to a top government official was bribed by Airbus between 2011 and 2015 in the now-famous airbus scandal.

Addressing a press conference in Accra on Monday, [February 3, 2020] the Communications Director of the NPP, Mr Yaw Buabeng Asamoah, asked former President Mahama to officially respond to the court documents.

“In the face of these facts, it is very necessary for President Mahama to come out and be heard publicly,” Mr Asamoah said.

“He cannot continue to hide behind his party members including a former Attorney-General. Of course, we are all aware that he hates answering questions on corruption but the answer he must because at this moment all fingers point to him and one of his brothers.”

The National Democratic Congress (NDC) has dismissed allegations of bribery in the acquisition of three military aircraft by the government of Ghana between 2009 and 2015.

Airbus, the European aircraft manufacturer, is alleged to have paid bribes in Ghana when it sold the three military aircraft.

The aerospace multinational admitted hiring the brother of a top elected Ghanaian official as its consultant for the pitch to sell the aircraft to the country.

Also, Airbus confessed paying the said consultant through a third party when its Compliance Unit raised red flags about the close relationship between the consultant and the top elected official, who was a key decision maker in the purchase of the military aircraft.

But, in a riposte Sunday [February 2, 2020], the NDC which was the party in government at the time, said “Our attention has been drawn to media reports about a Deferred Prosecution Agreement entered between Airbus SE and the United Kingdom Serious Fraud Office in respect of the practice of Airbus SE in paying commission to its agents and the use of those commissions.”

A statement signed by a former Attorney-General and Minister of Justice in the immediate past NDC administration, Mrs Marietta Brew Appiah-Opong said; “The reports alleging that Airbus SE paid bribes during the administration of President John Evans Atta Mills and John Dramani Mahama are false, misleading and do not reflect the approved judgement.”

It added that the reports were “a gross distortion for the media to conclude that officials of the Ghana government between 2009 and 2015 were bribed or paid any commissions by Airbus for the acquisition of the Casa C – 295 aircraft”.

How politicians have used food to get voters throughout history