Bank of Ghana named Central Bank of the Year-Ghanatoday.net 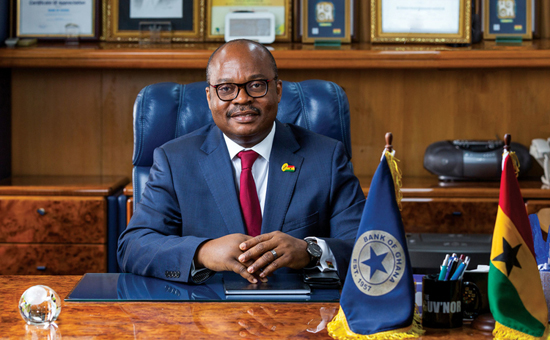 The Bank of Ghana has been recognised by the Central Banking Awards as the Central Bank of the Year following series of reforms it implemented over the past two years to strengthen the financial sector.

The awards, which will be held on March 19, 2020, in Brussels, Belgium, said the bank had an impressive record of achievement, but the most notable, is its reform of a seriously undercapitalised and poorly managed banking sector.

By this award, the Bank of Ghana takes over from the Monetary Authority of Singapore (MAS) which was the overall winner last year.

“The central bank has dealt with this complex set of risks, which could have caused serious damage to the country’s economy,” the Central Banking Awards said in an article published on its website.

It said while the standout feature for the Bank of Ghana during the last three years has been reforming the country’s banking sector, its performance in other fields has also impressed some outside observers.

The African Central Banking Awards research carried out by Christopher Jeffery, Daniel Hinge, Dan Hardie, Rachael King, Victor Mendez-Barreira, Alice Shen and William Towning disclosed that the Bank of Ghana has an impressive record of achievement, but the most notable is its reform of a seriously undercapitalised and poorly managed banking sector.

“The Bank of Ghana has an impressive record of achievement, but the most notable is its reform of a seriously undercapitalised and poorly managed banking sector. The central bank has dealt with this complex set of risks, which could have caused serious damage to the country’s economy”, the report emphasised.

It, however, noted that the Bank of Ghana still faces challenges on multiple fronts and, therefore, it must ensure the recapitalisation of some of the banks that were put into resolution.

“The banking sector also has to digest a large proportion of non-performing loans, and IMF officials have called for closer regulation of the country’s non-bank finance sector. But the performance of the central bank during the past three years indicates the institution is well placed to meet such challenges”, the report said.

In December 2019, the Bank of Ghana also published a set of principles aimed at encouraging environmentally sustainable and socially responsible practices by the country’s banks. It was one of the first central banks in a developing economy to make such a move, the report opined.

The report also applauded the Bank of Ghana for the considerable improvements to its website. This includes a more user-friendly interface and responsive web pages.

“The central bank’s five-year strategy for improving payments, published in 2019 and building on a previous plan, the article indicated, puts great emphasis on fostering the growth of electronic means of payments and increasing financial inclusion” it added.

One key aim it said is to broaden the type of institutions that can offer payment services. This kind of initiative it said has brought excellent results in other African countries, where the entry of telecoms companies to the payments market has vastly expanded access to banking services.

The Bank of Ghana intends to make it possible to use QR codes to carry out transactions.

It also plans to have a regulatory sandbox in place for fintech companies by the end of 2020.

In October 2018, the Central Bank created a cybersecurity centre to aid the banking sector in dealing with this evolving risk.

The scrambled new politics of the minimum wage