WHO Executive Board appoints directors for Africa and Europe

Re-election of the Regional Director for Africa

“I am greatly honoured to have been appointed to serve a second term as the WHO Regional Director for Africa and I would like to thank you for the trust you have shown,” said Dr Moeti. “As Africa increasingly faces the double burden of diseases, the next five years in public health will be crucial in laying a strong foundation to reverse this burden.” 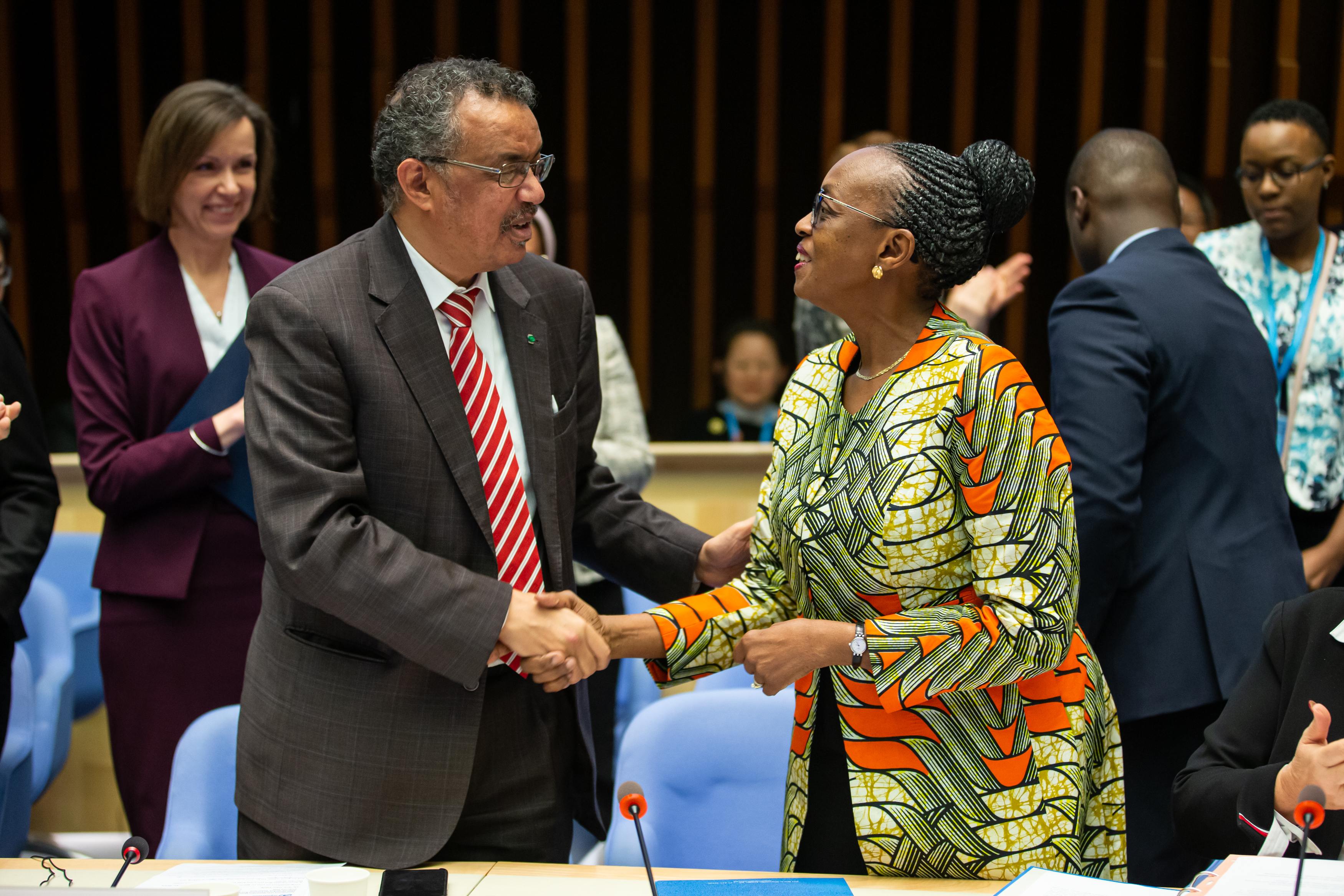 Dr Moeti, who is from Botswana, said she will accelerate action towards attaining universal health coverage so that everyone can access care without financial hardship. Despite significant health challenges in the African region, which serves 47 countries, progress is being made in strengthening health systems, combating diseases and improving people’s health. Recent efforts by Member States include policies to tackle tobacco use, vaccines for cervical cancer and malaria prevention as well as joint initiatives to procure medicines affordably.

Before joining WHO, Dr Moeti worked as Team Leader of the Africa and Middle East Desk in Geneva (1997–1999) with the Joint United Nations Programme on HIV/AIDS (UNAIDS). She also worked with the United Nations Children’s Fund (UNICEF) as Regional Health Advisor for East and Southern Africa; and with Botswana’s Ministry of Health as a clinician and public health specialist.

In his new role as Regional Director for Europe, Dr Hans Kluge will direct international health work across the 53 countries of the WHO European Region, serving a population of 900 million people. He said his vision for health in the European region is for no one to be left behind and that major government policies should include health for people-centered and financially-sustainable healthcare and public health services, including affordable medicines. 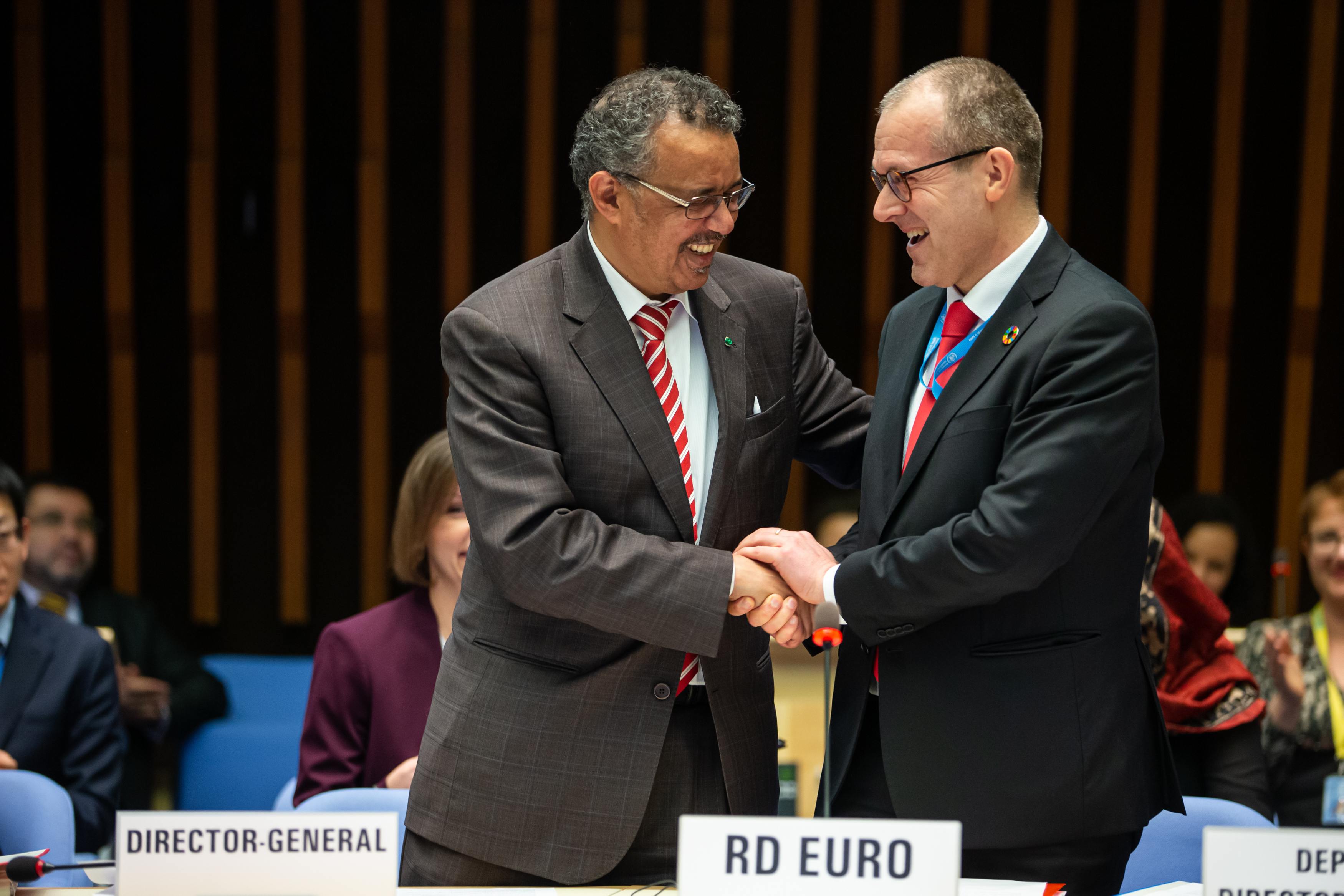 Dr Kluge is a Belgian national who was previously Director of the Division of Health Systems and Public Health at WHO/Europe. In his role with WHO/Europe, he prioritized a participatory approach with staff based on the WHO values charter as well as eradicating harassment.

Explaining his vision for health, Dr Kluge commented, “Every child, every woman and every man in our beautiful and diverse Region has the right to health. I am committed to delivering united action for better health. This means applying the best data and evidence, demanding increasing investment in health, strengthening our health systems around people’s needs, and extending inclusive and non-discriminatory access to health care to all. By so doing, we build fair, happy, sustainable societies for ourselves and generations to come.”

Over the past decade at WHO/Europe, Dr Kluge helped introduce community-based primary health care in Greece during the financial crisis, the Tallinn Charter implementation, and in 2018, pushing forward commitments adopted at the Global Conference on Primary Health Care in Astana, Kazakhstan.

For the past 25 years, Dr Kluge has been active in public health, beginning his career as a family doctor in Belgium and serving for Médecins Sans Frontières in Liberia and Somalia. His work involved large-scale tuberculosis programmes in prison systems in Siberia and several countries of the former Soviet Union. At the WHO Regional Office for South-East Asia, he headed tuberculosis, AIDS and malaria programmes in the Democratic People’s Republic of Korea and Myanmar.

Why Ghana needs to know who received the Airbus bribe monies: Ghanatoday.net

How NDC MPs could have rejected Hawa Koomson, Oppong Nkrumah and others

Congress is the new ‘vote-cutter’ in Indian politics