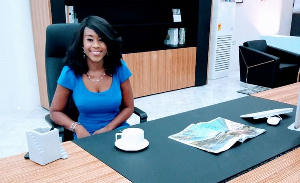 According to Ms Clinton, Mr Okraku elected President of the GFA on October 5, 2019, has done a phenomenal job so far.

Ms Clinton said although she has been away from the country, she has kept up with Mr Okraku’s progress through news reports.

He is doing a phenomenal job so far. I keep up with his achievements and I like the fact that milestones for moving football forward in Ghana are incrementally being achieved at a steady pace,” Mrs Clinton said in a statement copied to GraphicOnline.

“I think his tenure shows he accepts the gravitas and prestige of the position he has accepted and doesn’t want to let Ghana down. His Bring Back The Love Campaign is also creative and original and I wish him and his team every success over the next four to eight years”.

How politicians have used food to get voters throughout history