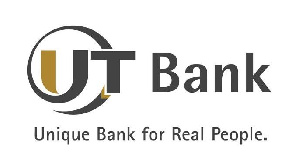 On August 2017, the Bank of Ghana (BoG) announced its approval for the takeover of two local banks, UT Bank and Capital Bank, by GCB Bank Ghana Limited.

The central banks announcing the takeover of the two local banks also saw an absorption of staff from the two collapsed banks by the GCB Bank.

Thereafter, the BoG gave an ultimatum to all commercial banks in Ghana to meet up the new minimum capital requirement before the end of 2018.

This was aimed at further developing, strengthening and modernizing the financial sector to propel economic progress and transformation.

Read the full story originally published on February 5, 2017, on GhanaWeb below

Read the full story originally published by pulse.com.gh below:

GCB Bank has absorbed about seventy (70) percent of the permanent staff of defunct UT and Capital Banks.

It follows the completion of the full integration of the systems of the two banks.

A statement on the issue and copied to Citi Business News said, “As a result of the integration, staff numbers have been rationalized and GCB has absorbed almost 70 percent of the permanent staff of those banks.”

However, GCB Bank has dispensed the services of contract staff of the two banks.

According to GCB Bank, “Departing employees are to be paid a month’s salary in lieu of notice plus any earned leave since August last year.”

The statement added, “The Bank in undertaking this exercise was mindful of its economic and social impact and therefore went to great lengths to strike the right balance in the interest of all stakeholders.”

The Bank of Ghana in August 2017, allowed GCB Bank to assume management of UT and Capital Banks in a purchase and assumption agreement.

This also came on the back of the fact that the two banks faced serious liquidity challenges at the time which affected the continuous existence and the financial industry altogether.

Citi Business News understands that the integration included the consolidation of core banking applications, procedures and processes, the training of staff and the streamlining of the branch network.

Meanwhile GCB says it has retained 22 out of the 53 branches of the defunct institutions based on their location and accessibility to customers.

Report yourself to the nearest police over Airbus

Missing excavators: Perpetrators to be prosecuted, no one will be spared - Gov't: Ghanatoday.net

LGBTQI+++ have won their rights