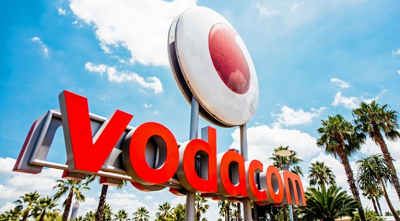 Vodafone Group Plc will hand over management of its Ghana unit to the United Kingdom carrier’s separately listed South African division in April, the latest step to bring the company’s operations on the continent under one roof.

Johannesburg-based Vodacom Group Limited will take responsibility for the West African business alongside other units including Tanzania, Mozambique, the Democratic Republic of Congo and South Africa, Chief Executive Officer Shameel Joosub said in an interview.

Vodafone Ghana will keep its branding and there will be no transfer of assets from the UK parent, he said.

The move marks the second change by Vodafone to its Africa operations this year, part of a wider effort to simplify the sprawling global carrier and focus management attention on fiercely competitive European markets.

The Newbury, England-based company agreed to sell its Egyptian business to Saudi Telecom Co. for $2.4 billion last month to focus on the sub-Saharan region.

And in 2017, Vodafone transferred a minority stake in Kenya’s Safaricom Ltd., East Africa’s biggest company, to Vodacom in an all-share deal worth about $2.6 billion.

The changes add the kind of geographical reach that Vodacom could benefit from if the parent company eventually decides to sell down its 60 per cent stake. Even if it doesn’t — Joosub said such a move is not on the cards — putting the African businesses under the same management may help Vodacom gain economies of scale.

“The larger group has sold some assets in north Africa, and the focus will be on sub-Saharan Africa under Vodacom,” Joosub said at the carrier’s offices north of Johannesburg.

The CEO was also awarded a place on Vodacom’s executive committee late last year, bringing him closer to the ear of Vodafone CEO Nick Read.

GWCL to ration water in the coming days

GWCL to ration water in the coming days