Women in politics: How does it work? | Aysha Taryam 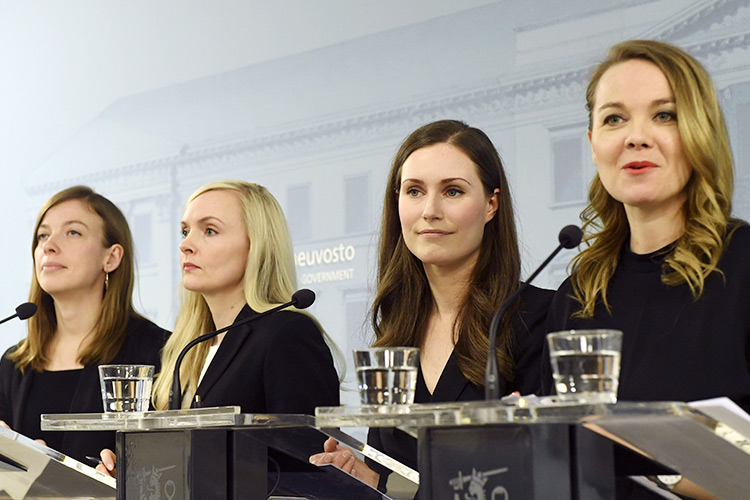 In recent years we have seen a rise of female representation in governments throughout the world owing in part to certain measures that have been taken allowing for more women in politics. One such measure, albeit a controversial one which to this day stirs quite a debate ranging from it defying the principle of equal opportunity to being outright undemocratic, is the gender-based quota imposed by governments to ensure a substantial female legislative representation. Governments in the MENA region have also taken this issue in stride, a great example of this is seen in the UAE’s Federal National Council (FNC), where the female participation quota has been increased to fifty per cent in an attempt by the government to cement the legislative and parliamentary role of women in the nation’s development. Topping this growing list of governments with the greatest gender parity is Rwanda where women make up 61.3% of the lower house.

The gender-based quota argument lies in viewing such a mandate as a somewhat blunt instrument and that a more nuanced approach would be to focus on the deeper layers impeding women from getting nominated for elected offices. Nevertheless this idea seems to have taken traction with over a hundred countries enforcing this directive. Statistics show that women who run for governmental positions are less likely to win votes even if their campaigns were stronger than their male opponents. According to a recent poll by Pew Research conducted on American voters, the most common reason cited for why there are fewer women in high political positions is that “women who run for office have to do more to prove themselves than men”. We witnessed this in the UAE’s 2019 FNC elections where a minute number of women were elected by voters spanning the seven Emirates despite most women running being more experienced and leading more active campaigns than their male counterparts who still managed to win seats with a record number of votes. It is evident that there is a societal mistrust in women filling political positions and at this point in time, if not for gender-based quotas women would be few and far between in the governance of nations and that would be a grave disadvantage for countries worldwide.


There needs to be a fundamental shift in the way societies view women in government, one that does not see them as mere seat-fillers or stats on a chart, they must be viewed as a vital contributing factor to the betterment of the world

Unfortunately, this reluctance and mistrust in a female’s ability to play a pivotal role in politics is not only witnessed among voters, it is at times witnessed on high-level platforms and portrayed by people well-versed in the world of politics. One such example took place during a panel moderated by CNN’s Fareed Zakaria at this year’s World Economic Forum in Davos, Switzerland. On this panel, among other female leaders, was the world’s youngest Prime Minister Sanna Marin of Finland, who is heading a coalition with four other female leaders. During the discussion journalist and political scientist Zakaria laid some cringe-inducing questions on Marin that were almost too hard to watch, one of which was: “The five leaders of the coalition, all women, how do you meet? Where do you meet? How does it work?”

How does what work? How do meetings work? Or how do women have meetings? On a platform such as the World Economic Forum having a moderator with a calibre such as Zakaria’s this is just shocking to say the least. Marin proceeds, cautiously and with a hint of sarcasm, to respond saying, “How does it work? Well, it works like in every government, we have meetings and we make decisions,” even throwing some shade towards Donald Trump “and we don’t meet in a female locker room and have locker room talk”. Unfortunately the barrage of sexist questions kept coming as Zakaria asks, “In another interview you gave you said you sometimes meet in a sauna.” The question seems to have been a poorly researched one on his part as Marin explains it was a joke she used during an interview she did with Time magazine.

This interview is painful to watch as Marin sat through questions about her husband and her role in the household, questions that no male prime minister has been asked in the past and is unlikely to be asked in the future. Yet the more uncomfortable the interview got the clearer the message it portrayed became for as the debates rage on whether or not gender-based quotas in politics are fair or democratic enough women around the world are running tirelessly to not get elected and those of them who break through are subjected to questions that are not only irrelevant to what they have proven they are downright insulting. There needs to be a fundamental shift in the way societies view women in government, one that does not see them as mere seat-fillers or stats on a chart, they must be viewed as a vital contributing factor to the betterment of the world.

The youngest prime minister in the world ended her interview by saying, “I think it’s better for everybody not only better for women that we have women in charge it’s also better for the men.” And that is the ultimate goal, to elect politicians who strive to implement laws that are blind to gender differences and whose ultimate goal is to create fair and just societies, that is how it works.