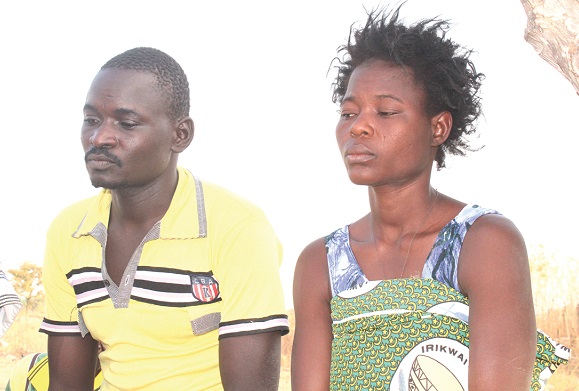 About 30,000 yam mounds belonging to a family that lost two children in a farm fire that claimed the lives of four children on January 29, 2020 is in danger of going waste as the family has not been able to return to the farm following the tragedy.

Nambada, the 34-year-old farmer and father of the children, told the Daily Graphic that he was confused about what to do next during a visit to the family at their village near Bonche in the Kintampo North Municipality.

The children died when a wild fire engulfed the hut in which the parents had kept them together with two other children when they set off to harvest the tubers of yam on the farm.

At their grief-stricken home, the mournful mood was epitomised by Nambada’s wife, 31-year-old Kakra Mba, who looked traumatised and only obliged to the request to sit in for the interview session at the prompting of her husband.

Beyond the affected home, the twin communities of Gulumpe and Kawampe continue to struggle to come to terms with the incident.

Gulumpe and Kawampe are two communities in the Kintampo North Municipality about 45 kilometres away from Kintampo on the Kintampo-Tamale Highway inhabited mainly by farmers and charcoal burners.

Each year, families from these communities move away from home for months and settle on their farmlands to concentrate on the cultivation of crops such as yam, maize and pepper, and do same when it is time for harvest.

That was exactly what Nambada and his wife Kakra Mba from Gulumpe did when it was time for them to harvest their yam near Bonche, about 40 kilometres from their village.

Accompanying them for the task were two of their four children; four-year-old girl, Nyanne Nambada, and three-month-old girl, Nambada Uwumboryakii, along with their 25-year-old female friend, Tangam Yagyabon, from Kawampe and her two children; seven-year-old Freda Stephen and nine-month-old baby boy, Faith Stephen.

Disaster, however, struck on that fateful day when during the harvesting of yams about 200 metres away, fire gutted parts of the farm, including a hut under which the four children had been left to avoid the scorching sun at that time of the day.

Nambada narrated a chilling story to the Daily Graphic at Gulumpe when he stated that “even though I rushed to the hut when I heard shouts and cries of the children, I could not save the situation but rather stood and watched them being burnt in the engulfing fire which was aided by strong winds”.

Grandmother of Freda Stephen and Faith Stephen, Madam Naajo Yagyaboun was distraught during the visit 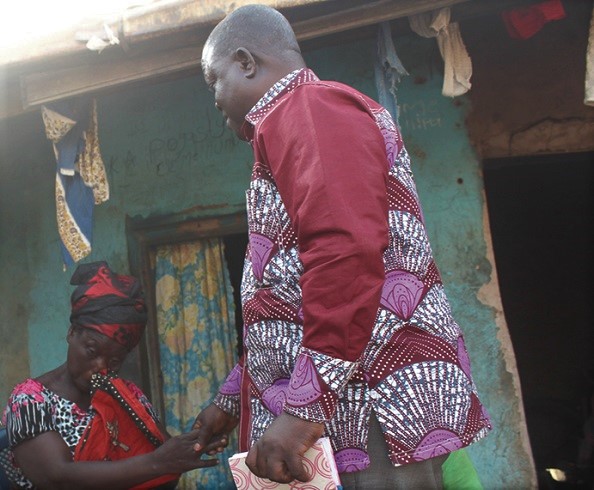 Even though the team from the Daily Graphic could not meet Tangam Yagyaboun, who also lost two children in the fire, it was visible that the incident had devastated the family too.

The Assemblyman for Gulumpe, Mr Emmanuel Tamanja, told the Daily Graphic that aside from the death of the four children, five bicycles, six mobile phones, two dogs and some household items got burnt during the incident.

The Daily Graphic reported on page 16 of its Friday, January 31, 2020 edition on how four children got burnt to death near Kintampo in the Bono East Region.

In the said story, the police said the children got burnt to death when the fire being used by the eldest among the victims to drive away bees engulfed the hut, leading to their death.

Agribusiness is more than farming: Ghanatoday.net

Could you test positive after getting COVID vaccine? Latest info