Ghanaians demand justice over the death of murdered nurse in Sewua: Ghanatoday.net 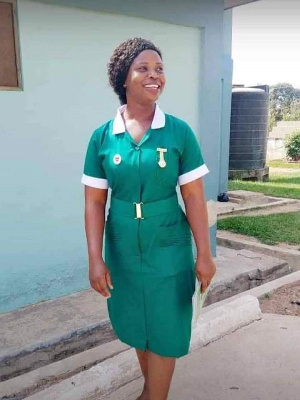 Some social media users have heated the internet to demand justice for Ruth Arhin who was gang-raped and murdered on Monday, February 3.

Ruth Arhin, a nurse in the at the Sewua Health Center, met her untimely death on her way home from work at a town called Ayuom in the Bosomtwi Disrict in the Ashanti Region.

The 37-year-old and a mother of three failed to return home after close of work on Monday after she left the Health Center.

Her body was later found in the bush on February 4 with traces that her underwear had been pulled down suggesting she had been raped before murdered.

The news of her death has sparked social media reactions with many calling for justice for the Ruth Arhin. According to the users, perpetrators must be found and face the law.

Meanwhile, one suspect has been reportedly arrested in connection with the death of the deceased.

This comes after a phone found on the crime scene was traced to the unidentified suspect.

Below are some of the reaction