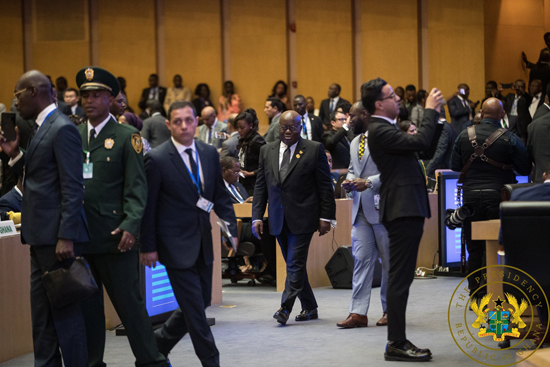 The creation of African Union Financial Institutions is one of the flagship projects of Agenda 2063, aiming at accelerating integration and socio-economic development of the continent.

The decision was taken by the 33rd Ordinary Session of the Assembly of Heads of State and Governments of AU on Monday, [February 10, 2020], in Addis Ababa, Ethiopia, and announced by the Chairperson of the AU, President Cyril Ramaphosa of South Africa.

The agreed timeframes in the first 10-Year Plan of Agenda 2063 were for the African Investment Bank and Pan African Stock Exchange to be established by 2016; the African Monetary Fund by 2018; and the African Central Bank and Single African Currency by 2034.

President Akufo-Addo thanked the Assembly for the honour of the appointment and stated that the “establishment of the AU Financial Institutions has always been at the centre of our agenda for continental integration, and that is why, over the years, we have adopted a treaty and several legal instruments to that effect.”

“The task to ensure these are done will be one of my immediate priorities. I will see to it that Ghana ratifies these charters promptly upon my return to Accra,” the President said.

He said the establishment of the African Union Financial Institutions was critical for not only enhancing resource mobilization on the continent, but also for providing the necessary impetus for growth and jobs creation.

He added that their establishment were crucial for the effective implementation of the African Continental Free Trade Area (AfCFTA), and for achieving Agenda 2063:

‘The Africa We Want’, adding that “financing our own development agenda remains our primary goal, and will require bold commitments from us.”
President Akufo-Addo pledged to ensure the prompt ratification of the various charters establishing the Financial Institutions; help take, under the direction of the Assembly, all necessary steps to facilitate the ensure the integration process of the continent.

At least, nine (9) more countries are needed to ratify the AIB charter for it to enter into force, and, in the case of the African Monetary Fund, fourteen (14) ratifications. 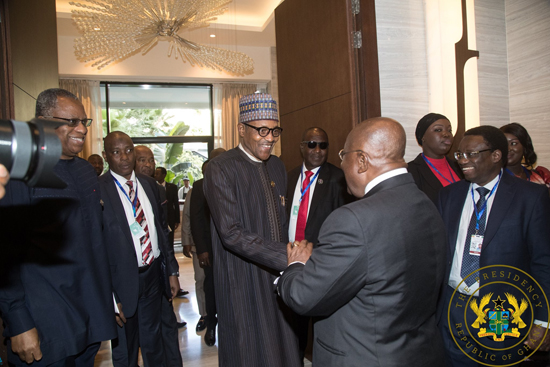 In January 2005, the Assembly decided, in Abuja, Nigeria, decision No. Assembly/AU/Dec.64 (IV), that the African Central Bank should be located in West Africa, the African Investment Bank in North Africa, and the African Monetary Fund in Central Africa.