An alleged thug accused of bashing strangers along an inner-Melbourne beach remains free in the community after being released on bail.

Mechac Mukanu, 18, is accused of bashing a stranger with a baton in an unprovoked attack in trendy St Kilda, just outside of Melbourne, in December last year.

The alleged gang member was locked-up after shocking footage was released showing a mob of African youths, allegedly including Mukanu, repeatedly stomping on three men before robbing them. 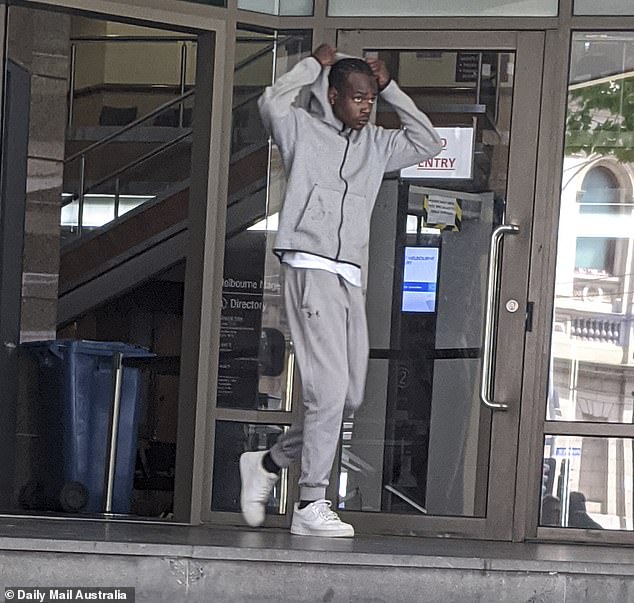 Mechac Mukanu, 18, walks free from Melbourne Magistrates’ Court on Tuesday weeks after being cut loose by a magistrate 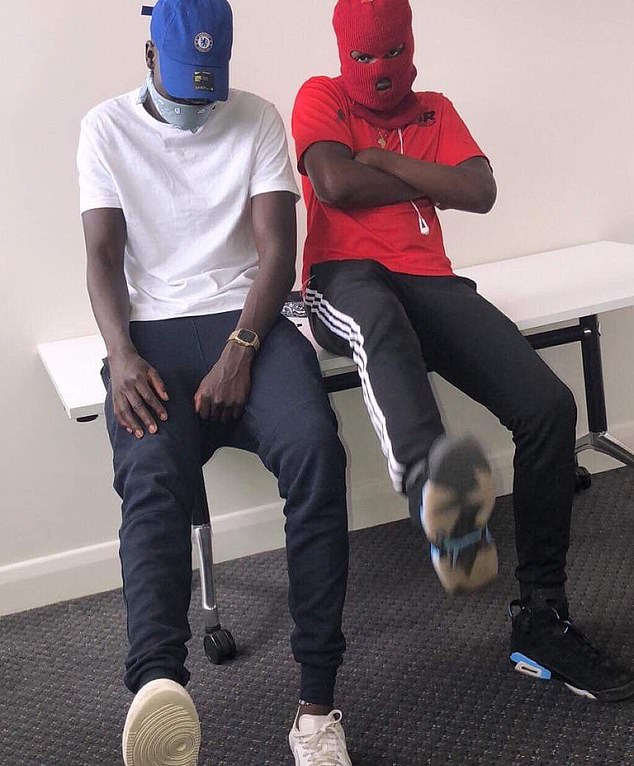 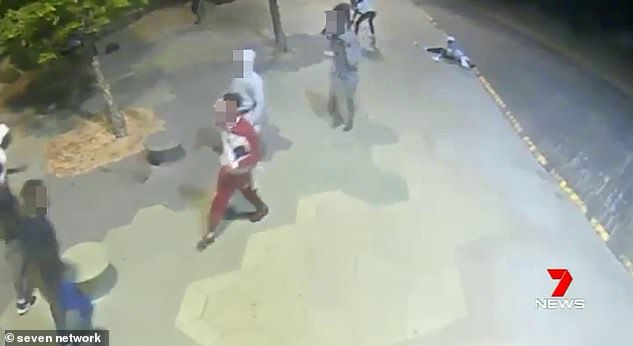 It’s alleged Mukanu, 18, struck a man with an extendable baton in an unprovoked attack on the St Kilda foreshore on December 1

His release from prison comes amid a mini-crime wave across Melbourne which has seen ordinary citizens terrorised just going about their business.

On Sunday, a group of African youths terrorised Woolworths staff and customers in Lyndhurst, southeast of Melbourne, attacking one of them with a baseball bat.

Then on Tuesday night,  a 33-year-old Sandhurst man – also in Melbourne’s southeast, was woken to find a group of African men inside his home.

They made-off with his BMW SUV.

Both groups of men remain on the loose.

The teenager was released from jail two weeks ago in secret after being granted bail. 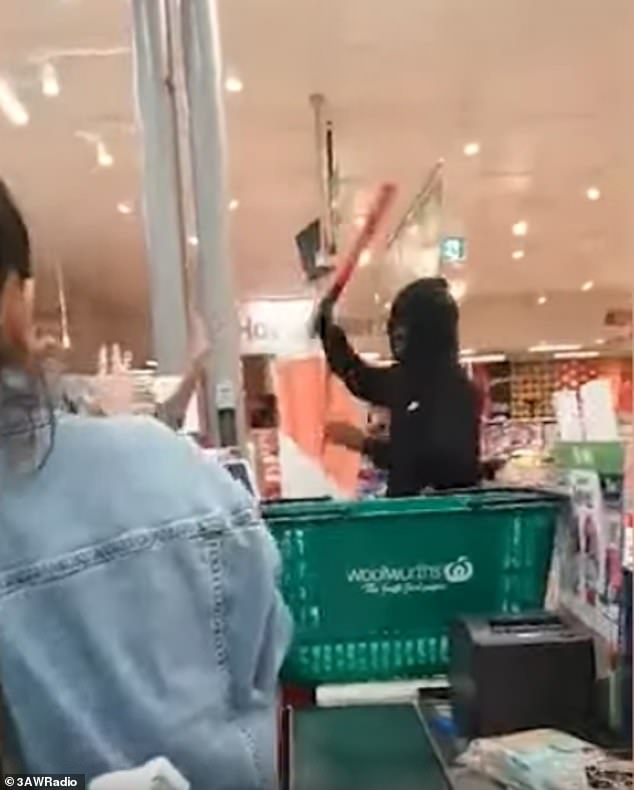 On Sunday, a group of African youths terrorised Woolworths staff and customers in Lyndhurst, southeast of Melbourne, attacking one of them with a baseball bat 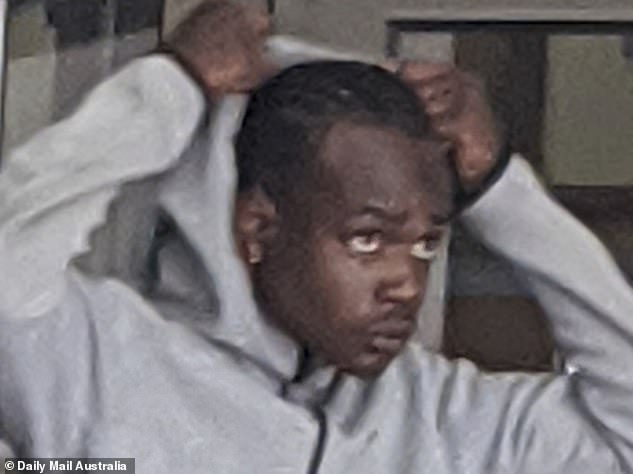 Mechac Mukanu, 18, accused of bashing a stranger with a baton in an unprovoked attack in trendy St Kilda

He appeared in the Melbourne Magistrates’ Court on Wednesday where his matters were adjourned to next month.

The alleged gangster donned a hoodie and made a quick exit from the court.

Police allege Mukanu first struck a man with a long metal baton during a group brawl against two men at 10.45pm on December 1.

A group of his friends then allegedly set upon the pair and continued to beat them.

At a previous hearing, Detective Senior Constable Nathan Sheppard said both attacks were unprovoked and left the victims feeling ‘sick and sore and sorry for themselves’.

The three men were knocked unconscious and then allegedly robbed by the gang.

The group allegedly fled the scene but Mukanu handed himself in after police publicly released images of suspects in the alleged assault.

The court heard Makunu allegedly told police he attacked one of the men because he had assaulted one of his friends. 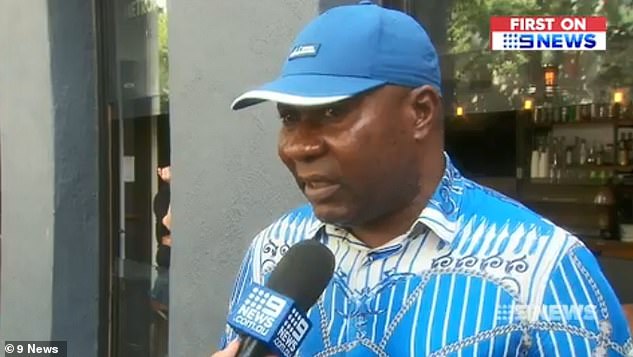 Police had opposed the alleged thug’s bail over concerns he was a danger to the public, would offend if released, would contact witnesses and wouldn’t abide by bail conditions.

‘He poses a significant danger to members of the public that cannot be mitigated,’ Detective Senior Constable Sheppard said.

Mukanu’s stepfather, Pentecostal Church pastor Richard Mabiala gave evidence at that bail hearing where he insisted his stepson was a good boy.

‘No one can be happy seeing your son doing wrong things, you can’t be happy for that so it’s a disappointment,’ Paster Mabiala told Nine News.

‘But Mechac is a good boy. I believe a bad person can become a good person… life can change.’

The court heard that police have also charged a 17-year-old over the alleged assault and were looking for several other suspects.

Mechac will reappear in court next month.

Shaheen Bagh isn't politics to us, it's about ideology: Tajinder Bagga

I've forgiven you for tagging me a "two-minute" man