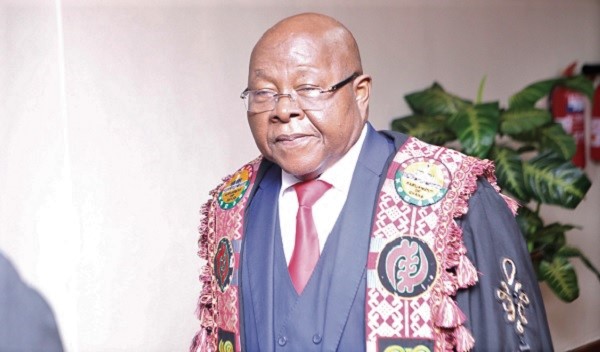 The Speaker of Parliament, Professor Aaron Mike Oquaye, Tuesday tasked the Joint Committee on Agriculture and Mines and Energy to deliberate on the contract agreements on the Pwalugu power and irrigation project.

He stated that the House would adopt and debate on the contract agreements after the joint committees had submitted their report to the House.

Referring to the earlier report on the contract agreement submitted by the Finance Committee to Parliament last Thursday, the Speaker assured the House that that report was still valid.

“As for the Finance Committee report, it is pending and it as valid as gold. When the other reports come, we shall consider them holistically. I direct further that this item on the contract should be listed only when the relevant report on the present referral is ready for the consideration of this House,” he stated.

At its sitting last Thursday, the Speaker stopped an attempt by the Majority to have a report on the contract agreement on the close to $1 billion Pwalugu power and irrigation project adopted and debated on the floor of the House.

He explained that the decision to stand down the matter until yesterday was to allow the Minority ample time to study, analyse and do background research into the contract and project for a full debate on the report to begin.

In his earlier submission on the matter on the floor of Parliament yesterday, the Minority Leader, Mr Haruna Iddrisu, acknowledged that the Speaker had made an appropriate referral of the Pwalugu multi-purpose projects to the Agriculture and Energy and Mines committees last Friday.

Referring to a government letter that stated categorically that the Pwalugu Dam and irrigation project would be funded through the budget in 2020, he pointed out that such funding had not been captured in the 2020 budget.

“If there is a financing agreement, lay it and bring it, and if it is budget you must say so,” he demanded of the government.

At a press conference last Wednesday, the Minority caucus contended that per provisions of Chapter 20 of Parliament’s Standing Orders, the committees that were mandated to handle contract agreements were Agriculture and Energy and Mines and, therefore, it was a breach of the processes for the agreement to be referred to the Finance Committee.

When the motion for the approval was moved in Parliament last Thursday, Mr Iddrisu told the House that the Minority would not be part of the approval of the contract if the procedures were not followed.

In his view, the committees on Agriculture and Energy and Mines were best placed to consider the contract instead of the Finance Committee which considered the contract agreement without the involvement of the Minority members of the committee.