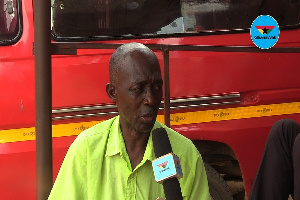 “He said he has fixed the economy, but to be honest, Ghanaians are really suffering”

The president of Ghana, Nana Akufo-Addo in a State of the Nation’s Address on Thursday, February 20 announced that he has fixed the country’s ‘broken’ economy.

His pronouncement has since sparked heated debate in the media and on Social Media with some Ghanaians describing it as not reflective of the situation on the ground.

According to some Ghanaians who spoke to Ghanaweb, the talk about a booming economy is at variance with their personal financial conditions.

“He said he has fixed the economy, but to be honest, Ghanaians are really suffering. What the government is saying is not what is happening in the society,” one man said.

“There are still no jobs in the country. Here you are either a bus conductor or a thief. To get a better job, you have to bribe someone and I do not have money for that,” a bus conductor said.

To some other people, the president and his top officials are living comfortable lives because of the state resources at their disposal. As a result, they are seeing things from the top and assume every other Ghanaian is enjoying their luxury.

“The top government officials may be comfortable where they are but we the average citizens including my people in the villages know they are not comfortable. So, if the president said he has fixed the economy, I do not agree with him,” another man lamented.

“I do not see anything. People are not buying my oranges. The market is poor, and I am not making any more money than I used to. I do not know about the economy he said he has fixed for the better,” a woman bewailed.

Bawumia is a sterling Salesman

Bawumia is a sterling Salesman

How political ads on Facebook, Google, and streaming services work

Why can’t we be friends? How to talk politics without fighting