Inside the Efforts to Prepare African Countries for COVID-19


As the number of confirmed COVID-19 cases increases around the world—with new clusters recently emerging in Italy, Iran and South Korea—the World Health Organization (WHO) warns that its “biggest worry” is to make sure that the disease does not spread in countries with weaker health systems that have historically struggled to contain infectious disease outbreaks in the past, many of which are in Africa.

The WHO has prioritized response and detection measures in 13 African countries because of their direct links with or high volume of travel to and from China. Organizations like the WHO and the Bill & Melinda Gates Foundation are now trying to strengthen public health systems across Africa in preparation for a COVID-19 outbreak. “The threats posed by COVID-19 [have] cast a spotlight on the shortcomings in health systems in the African Region,” Dr. Matshidiso Moeti, WHO Regional Director for Africa, said in a statement on Feb. 22, noting that there are “critical gaps in readiness for countries across the continent.” That’s especially true for COVID-19, because it’s a “respiratory disease and the systems in Africa, historically, have not been as well developed for that,” said Dr. Mike Ryan, executive director of the World Health Organization’s health emergencies program, at a press conference Feb. 24.

Even countries with strong health systems have struggled to respond to the COVID-19 outbreak. The healthcare infrastructure in Wuhan, China, where the outbreak began, “which is much more capable than most places in Africa, was overwhelmed for weeks,” says Scott Dowell, deputy director in the Global Health Division of the Gates Foundation who is leading the organization’s COVID-19 response. Authorities in Wuhan built two hospitals in less than two weeks and more than 30,000 health workers from across China were sent to the city at the epicenter of the outbreak. “There’s virtually no place in Africa that can manage that kind of surge,” Dowell says.

The 2019 global health security index, a project from the Nuclear Threat Initiative and the Johns Hopkins Center for Health Security, categorized 195 countries across the globe as either “least,” “more,” or “most” prepared when it comes to their ability to prevent, detect and respond to disease outbreaks. Over 30 African nations were scored “least prepared.” (Other countries in that category include Yemen, Syria and Venezuela).

Outside of mainland China, there have been upwards of 2,700 cases of COVID-19 identified and at least 45 related deaths across more than 35 countries, as of writing. Two weeks ago, Egypt reported the first “confirmed” COVID-19 case on the African continent. Subsequent testing suggests the individual may not have the disease but they are still being monitored for a 14-day observation period that is supposed to end on Feb. 27. A second COVID-19 case was reported on the continent on Feb. 25 in Algeria, which is one of the 13 African countries the WHO has identified as a top priority. But experts say it’s very possible there are many more cases in African countries beyond these two. 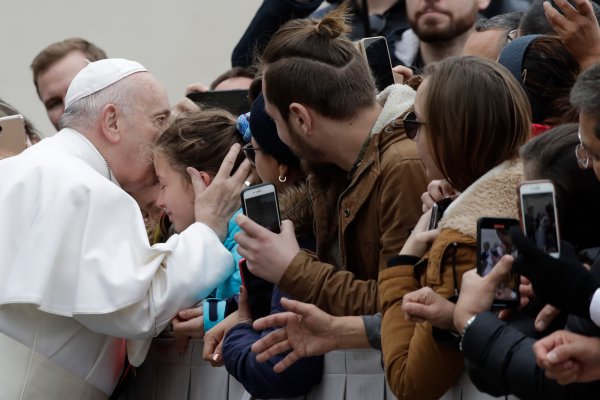 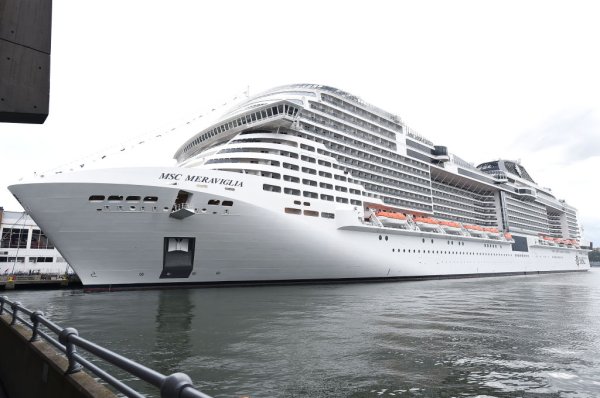 Dowell says the Gates Foundation, working with the Institute for Disease Modeling, estimates that there were as many as four undetected outbreaks in Africa by mid-February. Based on the number of travelers from China that pass through African airports daily, the team estimated that there was roughly one infected traveler per day from late January to early February, and about 20% of these cases led to ongoing transmission.

Dr. John N. Nkengasong, director of Africa’s Centres for Disease Control and Prevention (an institution of the African Union that was officially launched in January 2017), acknowledges that “it’s possible” that there are cases that have not been detected in Africa. He’s cautiously confident, however, that an increase in diagnostic capacity will allow the continent to identify these patients better moving forward.

The effort to strengthen health systems in Africa

With the help of the WHO and Africa’s CDC, African countries are now expanding their ability to test for the virus, and to screen for the disease at border crossings, seaports and airports.

Forty-one African countries—most of the continent—can now test for potential COVID-19 cases, Dr. Tedros Adhanom Ghebreyesus, WHO Director-General said on Feb. 24. At the beginning of the outbreak, Tedros said, only one country could do so. “Many of these [other] countries have been sending samples to other countries for testing, waiting several days for results. Now they can do it themselves,” he previously said.

The WHO says it has helped train about 11,000 African health workers through the agency’s online courses and shipped more than 30,000 sets of personal protective equipment to African countries. And, according to Nkengasong, most airports across Africa are now conducting enhanced screening for COVID-19.

Between Jan. 22 and Feb. 20, 210 people in Africa were investigated as potential carriers of the virus. Of these, 204 have been ruled out and six remained under investigation, the WHO said on Feb. 22. But the discovery of suspected cases is not a bad sign; it’s actually a sign of a “functioning surveillance system,” according to Claire Standley, an assistant research professor with the Center for Global Health Science and Security at Georgetown University.

That could represent a significant improvement from past viral events on the African continent. Late detection of outbreaks and a delayed response have both been issues in the past in some African countries. The 2014 Ebola outbreak in western Africa, which killed at least 10,000 people, is one of the most striking recent examples.

The Conversation That Changed How I Thought About Early Motherhood

At a time when you’re just trying to hold it all together, you must somehow figure out how to pick up where you left off.

It is “the case study these days of how a health system” can fail to identify cases during an infectious disease outbreak, Standley says. Guinea, where the outbreak initiated, did not have a sophisticated disease-surveillance system, so early cases of Ebola weren’t always identified as suspicious illness by local health workers, and so were not reported to the national level, Standley says.

Further, “when [authorities] became aware, they had limited resources to go and investigate,” she explains; that was exacerbated by the fact that Guinea lacked the laboratory capacity to do the necessary testing. “These capacities not being in place led to delays and…when containment is not put into place promptly, [it can] lead to onward transmission and additional cases,” Standley says.

The report on the 2019 global health security index notes that the response to the 2014 Ebola outbreak was hampered by the lack of “proper personal protective equipment and workforce training,” as well as individuals being “dissuaded from seeking care at healthcare facilities due to fear of contagion.”

Progress has “clearly been made in many African countries” since then, Dowell says. Most countries that invested in Ebola preparedness now have stronger screening procedures at points of entry, according to the WHO. Yet stereotypes remain. During the West Africa Ebola outbreak in 2014 Korean Air canceled flights to Kenya even though the country was thousands of miles away from the epicenter of the outbreak and had no cases of the disease; the WHO called the decision an overreaction. Some experts worry that there will be similar overreactions if COVID-19 emerges as a serious problem on the continent. “African countries may be particularly vulnerable to these types of poor decisions, due to negative perceptions of their ability to deal with crises, underlying racist attitudes, and poor comprehension of the geography and diversity of the continent,” says Standley.

That said, in many African countries, public health infrastructure is still not where it needs to be to deal with a fast-moving viral disease like COVID-19. “There has not been enough investment or fast enough investment” in capabilities to keep up with the demands of the current COVID-19 outbreak, Dowell says.

Where will the money come from?

One of the biggest challenges in preparing for a COVID-19 outbreak is the cost required to prepare health systems to detect and respond to the disease. According to the World Health Organization Global Health Expenditure database, sub-Saharan African countries spend $78.37 per capita every year on health, compared to $9,325.71 in North American countries, $3,211.40 in the European Union, and $638.57 in East Asian and Pacific countries.

To help, the WHO has called for $675 million as part of a general strategic plan to respond to the COVID-19 outbreak with at least $640 million dedicated to scaling up response and detection measures in various countries. The WHO has so far secured more than $28 million of this amount in actual and pledged donations from multiple countries.

The Bill and Melinda Gates Foundation announced earlier this month that it would provide up to $100 million to respond to the COVID-19 outbreak, of which $20 million would be set aside to help at-risk populations in Africa and South Asia.

Though these cash injections may help stem the spread of this particular outbreak, experts generally agree that the better investment would be in preparedness. Disease surveillance systems in Africa are particularly weak and “most of the continent lacks a really good diagnostic capacity and that makes identifying cases and controlling outbreaks difficult,” says Anne Rimoin, an associate professor of epidemiology at UCLA and director of the UCLA Center for Global and Immigrant Health.

The only way to be prepared is to invest in countries when there is not an outbreak, she explains, to develop the necessary expertise and infrastructure. Without the right systems in place, “it becomes very very difficult to get ahead of an outbreak,” Rimoin says. “Instead, we’re going to be chasing behind them.”

Get The Brief. Sign up to receive the top stories you need to know right now.

For your security, we’ve sent a confirmation email to the address you entered. Click the link to confirm your subscription and begin receiving our newsletters. If you don’t get the confirmation within 10 minutes, please check your spam folder.

I'll stop posting my nudes when I marry: Ghanatoday.net

I'll stop posting my nudes when I marry: Ghanatoday.net

Bawumia not your 'coequal'; debate me instead- Level 400 UG Tescon President dares Adongo