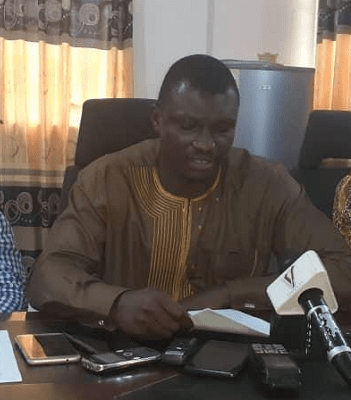 The National Democratic Congress (NDC) in the Volta Region says the Region needs projects that would enhance its socio-economic development, “not empty frequent visits from the President.”

The Party said the President had demonstrated in his recent visits to the Region that he had nothing to show in terms of development for the people of the Region.

Mr Sorkpa Kafui Agbleze Volta Regional Communications Officer of the Party, in a press release signed and copied to the Ghana News Agency, said President Nana Addo Dankwa Akufo-Addo on several platforms promised to develop the Region, “however, there are no concrete indications pointing to the fulfillment of those promises.”

He said during the State of the Nation’s Address (SONA) in 2019, the President said a consortium of local banks had raised 51 million dollars to fund the completion of the housing units started by former President Kuffour’s administration in 2006 at Koforidua, Tamale and in Ho.

Mr Agbleze said, however, there were no housing projects “anywhere in and around Ho” and not even a “dime” of the 51 million dollars raised by the consortium of banks as stated by the President, came to Volta Region for any housing project.

He said the President in 2018 signed an Executive Instrument to commence the construction of a seaport in Keta, and subsequently appointed Dr Alexander Adusei as Director of, “the yet-to-be constructed Keta Port, a situation that has caused many to express misgivings about the project.”

Mr Agbleze alleged that though the project had not started, Dr Alexander Adusei Junior continued to draw salary for 10 months since his appointment for no work done, asking, “why should the nation continue to pay Dr. Adusei when all he could show of the port project is a small bill board with the inscription, ‘Site for the Keta Port’.”

He said the President himself had not shown much commitment on his part towards the project as there was no financial commitment on the side of the government in the 2019 Budget towards it, and “interesting too, there was no mention of the Keta Port in 2020 Budget either.”

Mr Agbleze said many young people in the region also lost their jobs as a result of government’s approach to the banking sector clean up and the closure of nine radio stations and said, “we want to also assure the President that he is at liberty to frequently visit the region as he so wishes, however, those visits will be meaningless if it does not translate into tangible development of the region.”

Jhye Richardson to stay back in South Africa for ODI series

Sahel summit appeal to step up fight against jihadism: Ghanatoday.net