Put politics aside, come together to combat Covid-19 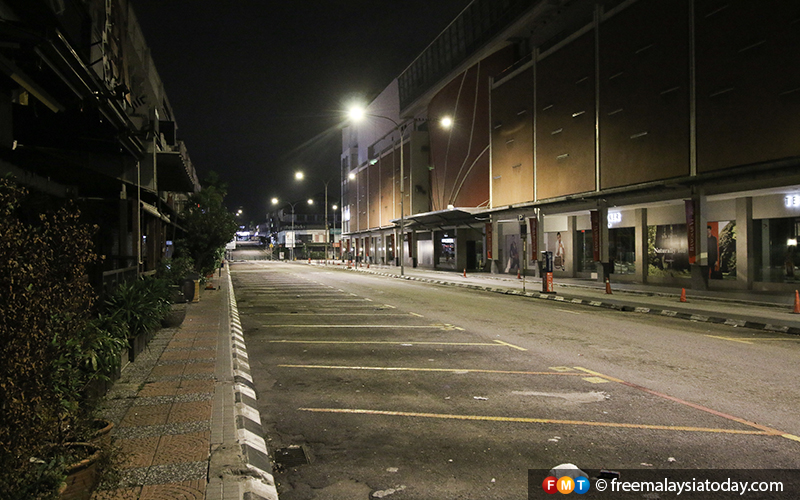 At this time, it doesn’t matter whether the federal government marched in through the front door, sneaked in by the backdoor or slithered in through a side entrance.

It does matter though that when Perikatan Nasional summoned the leaders of the various states to discuss the pandemic, those from opposition-led states were uninvited. It doesn’t matter who was responsible for that unkind cut, given that our highest civil servant has taken the blame for it.

But it does matter though that following that “mistake”, no subsequent meeting was summoned to embrace every Malaysian leader, friend or foe, knowing that Covid-19 does not distinguish between supporters of either side.

The movement control order is a delayed reaction. We have underestimated the impact of the outbreak. However, PN can’t take all the blame.

I recall one deputy minister from Pakatan Harapan (PH) assuring us that Malaysians in the Hubei province were safe, at the very time that other countries were making plans to evacuate its citizens.

Indeed, Dr Mahathir Mohamad, at a press conference, dithered when he alluded that we had not reached the stage for stringent measures.

But this piece is not about fault-finding. It’s a plea for political foes to collaborate, then calibrate the national response and to cooperate with focused attention.

Most Malaysians now do not care whether you (federal or state governments) are “of the people” or “by the people”. We only demand of you to act “for the people”.

Malaysians are tired of watching the façade of care; we need to see the real inner stuffing.

We should learn from the experience of China: the more aggressive the measures, the faster the virus would be contained. China is now reported to have contained the virus, as evidenced by the reducing number of infected persons and consequent deaths.

The first important step to be undertaken is free mass testing. The World Health Organisation said we “cannot fight a fire blindfold, we cannot stop the pandemic if we don’t know who is infected”.

In Malaysia now, even the basic step of accessible testing for all has not been implemented. Malaysians know how underfunded our public health care system is.

To compound matters, we also know how the cost of public health care has been increased by the continued policy of successive governments of creating quasi-monopolies for the provision of essential medicines and other medical supplies.

Today, I was shocked to learn that a private hospital charges RM600 for a Covid-19 test and another allegedly quoted RM800 for a similar test.

The pointed question to our government is that if it could control the price of goods during Chinese New Year and Hari Raya, could it not do similarly in this health crisis?

Let us not allow the health crisis to become so critical that, in the words of a European doctor, “doctors may be forced to ‘play god’ in deciding who needs to be treated and who need not”.

The Covid-19 pandemic threatens to cause a socio-economic tsunami. Measures have to be implemented to keep business viable and, with it, employees in their jobs.

Financial institutions have to step up. Today’s statement that some banks would give  short “repayment holidays” for loans/advances taken is hardly sufficient. Merely delaying debt repayment would not solve the problems faced by small and medium businesses. The delayed repayment holidays must include a write-off of the interest chargeable.

Banks have enjoyed immense profits over the years and it is time for them to show their commitment to the values of shared sacrifice.

The federal and state governments have to make readily available, interest-free loans to keep small business afloat with the explicit condition of retaining its employees.

EPF and SST payments could be suspended for a short period of three to six months, given that the flow of the money would be reversed into the consumer economy.

Some local authorities have accumulated sufficient reserves and can temporarily suspend the collection of the multitude of fees from local businesses.

Both PN and PH have to show courage in leadership. Despite being political foes, it’s time to collaborate publicly through discussion and properly calibrate the national response. This isn’t the time to score political points.

Watson Peters is a lawyer and an FMT reader.

The views expressed are those of the author and do not necessarily reflect those of FMT.

‘I’m So Sorry I Worked for This Guy’: Ex-Staffers React to Bloomberg Reversal on Field Organizers

‘I’m So Sorry I Worked for This Guy’: Ex-Staffers React to Bloomberg Reversal on Field Organizers

This pandemic is redefining what qualifies as a political 'crisis'

MyNewsGh Trustworthy News. Accurate News On The Go 16 Coronavirus cases must be blamed on Akufo-Addo – Ablakwa

DOES GHANA NEED AN FX COMMITTEE-ghanatoday.net