The Washington Post editor and chief fact-checker Glenn Kessler retweeted a video of a Fox News guest rebuking the Trump’s administration coronavirus response, but later had to correct himself.

The video popular on the left showed infectious-disease physician Rishi Desai claiming that President Donald Trump should have acted sooner based on what was publicly known about the coronavirus in December.

Kessler retweeted the video in a tweet from former journalist Ron Fournier that added, “Sometimes the truth sneaks up on you.” 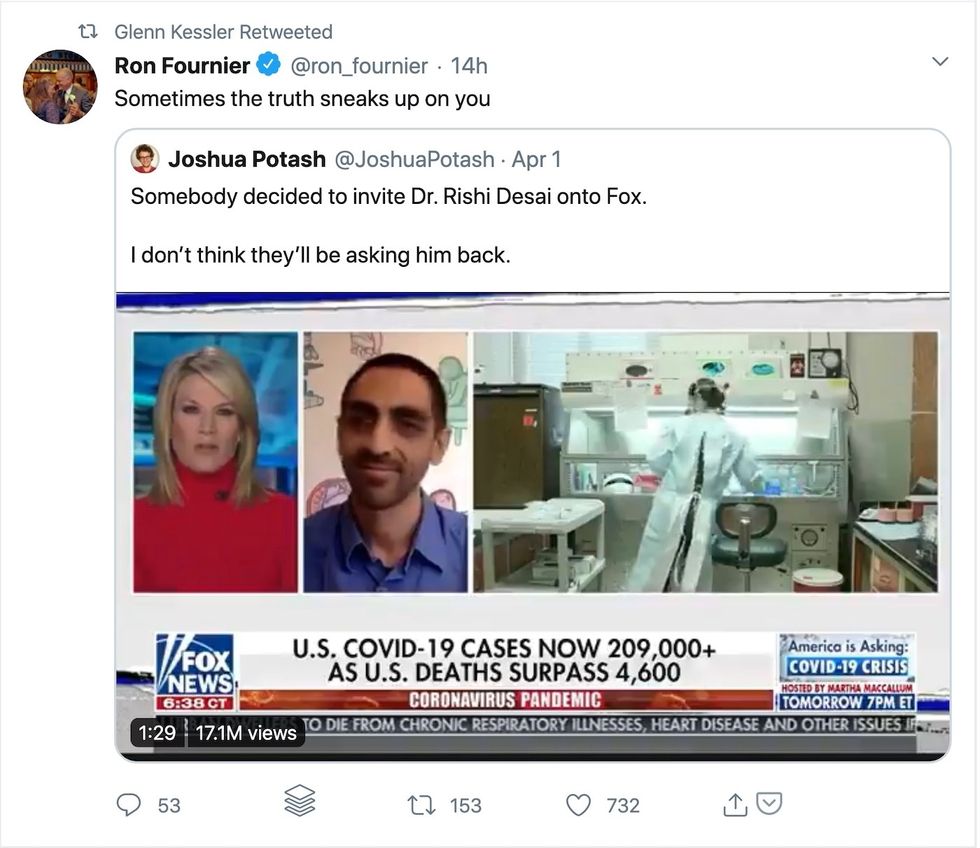 Hours later, the truth snuck up on Kessler, and he admitted that the video was misleading about how soon the Trump administration could have acted against the coronavirus.

“When I retweeted this I focused on his comment on testing vis a vis South Korea,” Kessler explained.

“But the first part of his statement is wrong — while some doctors suspected human-to human transmission in Dec, that was covered up by China for weeks and falsely broadcast by the WHO as no problem,” he added.

The information is key to understanding whether the Trump administration could have acted sooner, and also as to how much culpability lies with the Chinese government and the World Health Organization.

Dr. Desai used the platform to advocate for much stronger lockdown measures as a response to the pandemic, and said that if those measures were followed, there could be a drop-off within two weeks.

Oppong Nkrumah now leading the politicians to lie -A Plus jabs