EVERY decision will have its consequences – good or bad.

For Prime Minister Tan Sri Muhyiddin Yassin, whose parliamentary majority will likely be tested when the Dewan Rakyat reconvenes on May 18, the plan to allow politicians from his ruling coalition Perikatan Nasional (PN) to chair certain government-controlled entities may help tighten his grip on power, and thus bring about political stability for the country.

But the move has also certainly raised the ire of many Malaysians, who are concerned about the risks of corruption, cronyism, patronage and abuse of power.

The timing of such shake-ups is also disconcerting to some, given the fact that the country is still battling an unprecedented crisis due to the Covid-19 pandemic.

In the days ahead, more will lose their top jobs to make way for new appointees – likely Members of Parliament (MPs) from the PN coalition who are currently not holding any government positions, going by the statement of Datuk Takiyuddin Hassan.

According to the Minister in the Prime Minister’s Department (Parliament and Law), these individuals are qualified to manage GLCs because “they are MPs” (see accompanying stories). 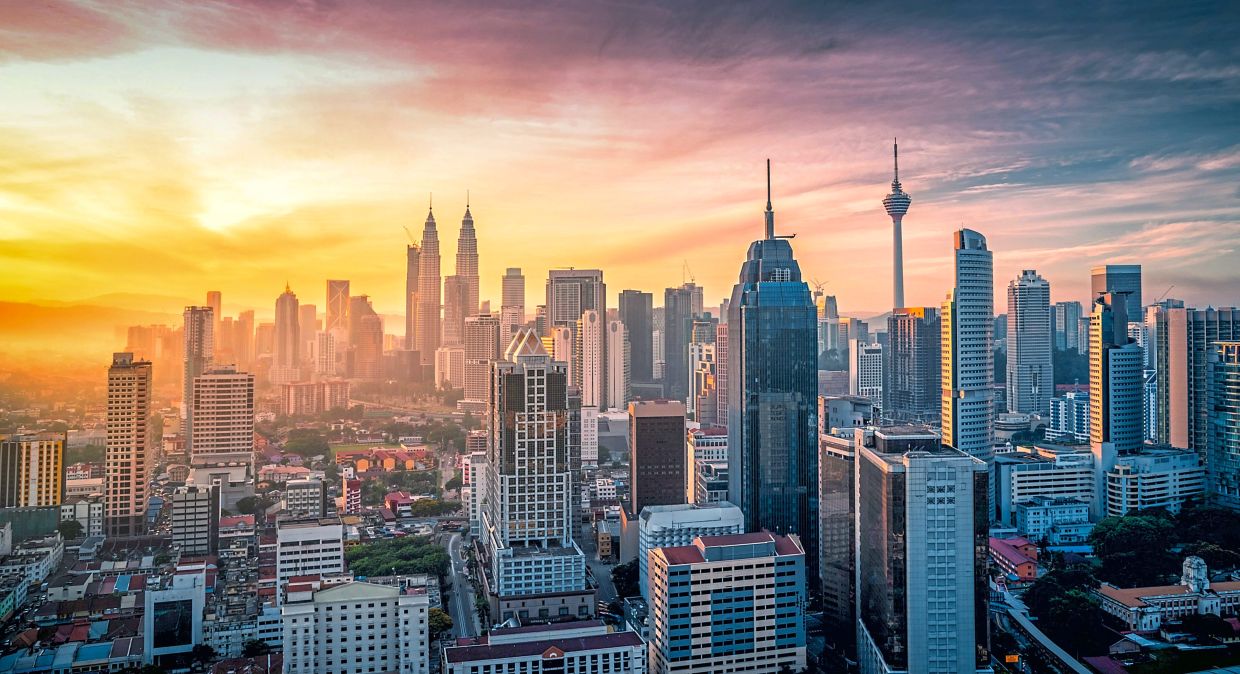 In an ideal world, all organisations would be run by professionals; politics and business do not mix.

But the reality for Malaysia is that not all organisations are run by professionals, as politics and business are often intertwined. It is not a healthy mix, as it often stifles innovation and competition in the economy.

So, to a question on whether politicians should be appointed to the boards of government-controlled entities, economist Dr Nungsari Ahmad Radhi says it depends on the type of company or entity.

For instance, appointments of politicians to statutory bodies are acceptable, provided the appointee is qualified and meets the prerequisites.

“Statutory bodies are the creation of the Parliament. So, it is alright for the government to appoint MPs to head or sit on their boards as long as they are qualified, and pass the ‘fit and proper’ test, ” Nungsari tells StarBizWeek.

Dr. Oh Ei Sun: “Even though this is during the MCO, there should still be some sort of political normalcy, and this is one such political act. ”

“The fit and proper test is important because not all MPs are suitable for the available positions. Some of the positions may be in universities or finance-based institutions, ” he explains.

For companies, especially listed entities, however, politicians should not be appointed to the boards, Nungsari stresses. “This is because companies have shareholders and investors, and they generally do not like active politicians on their boards, ” he says.

Nungsari was a council member of Majlis Amanah Rakyat (Mara) until the entire board was sacked last month. He stepped down as chairman of the Khazanah Research Institute (KRI) early this month. He is still the executive chairman of the Malaysian Aviation Commission (Mavcom).

Some reckon the current wave of boardroom changes at government-controlled entities is happening too soon, considering the last shake-up took place less than two years ago under the previous Pakatan Harapan (PH) government after it came into power in May 2018.

Economists say such changes can be disruptive to the affected organisations. There could also be negative implications on investor confidence.

According to Lee Heng Guie(pic below), the frequent changing of chairpersons in GLCs worries investors, as it could lead to changes in the management teams of the affected organisations and affect their business policies. The Socio-Economic Research Centre executive director says: “Investors do not like uncertainties.” Similarly, Tan Sri Ramon Navaratnam says it is not healthy for heads to roll whenever there is a change in government unless for professional reasons.

“Heads of government-controlled entities must be appointed based on merit, experience and expertise. These positions should not be offered as political rewards in exchange of loyalty, ” the Asli Center of Public Policy Studies chairman stresses.

“The economy will suffer if we have (unqualified) politicians run GLCs. Investors will lose confidence, and foreign and domestic investments will decline, ” he adds.

Navaratnam notes that having politicians head statutory bodies and GLCs will open doors to cronyism and corruption, as some tend to misuse their positions. 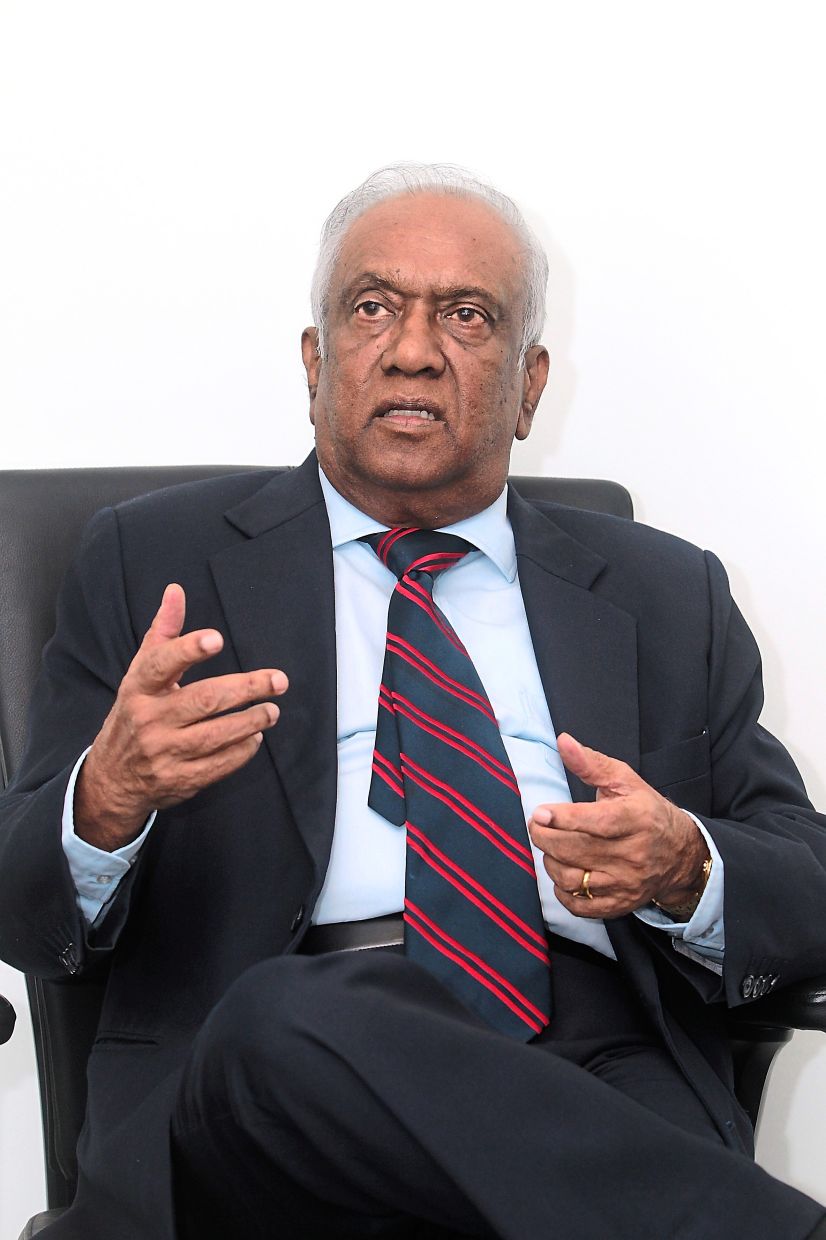 Navaratnam: The economy will suffer if we have (unqualified) politicians run GLCs.

“So we should be wary, and enhance our fight against cronyism and corruption, ” he argues.

Meanwhile, Lee stresses that Malaysia’s primary focus now is to win the battle against Covid-19.

With the country under a movement control order (MCO) since March 18 to contain the spread of the pandemic, economic prospects look bleak for 2020.

Bank Negara, for one, says Malaysia’s gross domestic product (GDP) could contract by as much as 2% in a worst-case scenario, or grow at a mere 0.5% in the best-case scenario this year.

The MCO, which had been extended twice, is currently expected to end on April 28. “We must get our priorities right, that is, to prepare for the post-MCO period and map out medium- and long-term measures for growth stabilisation, recovery and sustainability for the economy and businesses, ” Lee argues.

“This is not the time to be distracted from our priorities and stall the economic, institutional and political reforms, including fiscal discipline, political stability and institutional quality, ” he adds.

Muhyiddin led his PN coalition to form the government in March, following the fall of PH a month earlier. But it remains to be seen whether his opponents would spring a surprise at his first parliamentary meeting as prime minister next month.

One market analyst tells StarBizWeek that it may be a necessary move for PN to put its people in government-controlled entities to ensure support, so that the new administration would not be rocked by any “crossovers”.

“So, the positive from this is political stability. One thing’s for sure, Malaysia cannot afford to go through another round of political upheavals – not now, ” says the analyst, who requested anonymity. Meanwhile, political analyst Dr Oh Ei Sun sees the move of appointing MPs to the boardrooms of government-controlled entities as going along with Malaysia’s political tradition, that is, the ruling administration gets to appoint its senior politicians into those positions.

“Even though this is during the MCO, there should still be some sort of political normalcy, and this is one such political act, ” says the senior fellow at the Singapore Institute of International Affairs.

“It would have been more palatable in terms of public relations if such appointments were to be made during less unusual times, but this administration must have thought that it needs to put its own people in place to smoothen its political and policy implementations, ” Oh adds.

He notes that while some semblance of professional competence of political appointees should be taken into account, the reality is that the day-to-day running of GLCs is largely left to the professional staff.

“The appointees usually just make use of their board positions to further their political ends, such as consolidating political support. The drawback is that they may not put the interest of the GLCs as priority, or they may seek to impose their own ideologies or political will, which may run contrary to the original aims of the GLCs.

“There are also concerns of policy continuity if appointments are changed too often, ” Oh says.

Listed GLCs saw huge declines in their market capitalisation in 2018 after PH came into power and implemented some policy changes and made some boardroom changes. That year also saw a combination of external factors contributing to poor market sentiment in the country.

Overall, the most affected among GLCs then was TELEKOM MALAYSIA BHD

. The company saw its value slashed by half over the second half of 2018, but that has also more to do with the decision to slash broadband charges.

In general, the decline in the value of listed GLCs will affect portfolios of GLICs such as Khazanah Nasional Bhd and Perbadanan Nasional Bhd, as they have substantial stakes in those companies.

It was 15 years ago when the-then ruling Barisan Nasional government rolled out the GLC Transformation Programme. While some progress has been made over the years, there remains much to be done with regards to GLC reform so that these institutions can play a more effective role in serving the country’s social and economic objectives.

However, Oh sees the government as trying to achieve perhaps the impossible in the local context by essentially pursuing two sets of contradictory goals.

“On one hand, the government continues to hope political appointments would enable their senior politicians to consolidate or elicit further political support, often by making use of GLC resources.

“But on the other hand, the government also hopes to drastically transform the GLCs such that they become more market-oriented and professionally managed to fulfill their original socioeconomic objectives, ” he says. As long as these two sets of goals run in parallel, Oh points out, GLC reform would remain an elusive dream.

Lee concurs, noting that it requires strong political will to undertake a radical, bold and meaningful reform of GLCs. He says the government should not use a blanket approach in appointing politicians to chair or head GLCs.

Competency, professional qualifications and personal integrity should be considered so that these appointees can contribute effectively in terms of making sound and viable business decisions.

“GLCs must be governed with the highest standard of corporate practices, and not accorded preferential treatment as that will eventually make them less competitive in an open and dynamic business world, ” Lee says.

In the long run, the government needs to substantially scale back its involvement in business for the private sector to thrive.

This will help boost Malaysia’s competitiveness and raise its potential. The old way of doing things is no longer a workable formula, particularly in the new normal that we will face once the Covid-19 crisis ends.

For protesters in Huntington Beach, social and economic restrictions are political; COVID-19, a 'hoax'