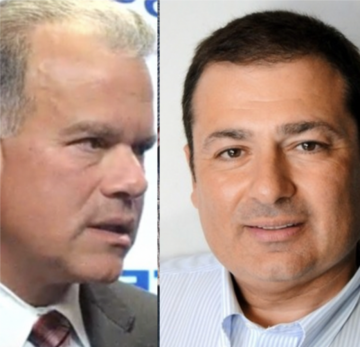 The first-quarter fundraising totals are in, and Rhode Island House Majority Leader Joe Shekarchi just edged out Speaker of the House Nicholas Mattiello for the biggest haul.

Mattiello reported just over $131,000 for the period ending March 31 – and Shekarchi, just over $132,000. Shekarchi is currently sitting on the largest war chest in Rhode Island with more than $1 million, with 2020 elections now months away — and Mattiello’s numerous controversies on hold during the coronavirus crisis.

Mattiello faces a challenge in 2020 from Republican Barbara Ann Fenton-Fung in House District 15 this cycle for one of the year’s biggest battles, along with the race in Cranston to replace Fenton-Fung’s husband, outgoing Cranston Mayor Allan Fung.

Races for Governor and Mayor of Providence are still over two years out, but potential hopefuls have been lining up their donors — and now, all candidates will face significant hurdles.

The first quarter ended on March 31, just as the coronavirus crisis started to hit — and with it, the severe economic impact.

“Campaigns this year will run without the usual resources and are most likely to favor incumbents,” said Rhode Island College Professor of Communications Val Endress, the head of RIC’s American Democracy Project.

“Down-ballot campaigns depend upon small-dollar contributions from a limited network of supporters. During the best of times, fundraising for these races can be a challenge. But this year, as we watch the rate of unemployment rise to record levels in Rhode Island and constituents are pinched for cash, the task is going to be particularly difficult. If you are a restaurant or a retail worker, that $10 or $20 you had planned to give online to your candidate will instead be used for basic necessities,” said Endress.

“And, if you are a person who would ordinarily write a check after a meet-and-greet, you’re more likely to contribute to a nonprofit focused upon fighting the ravages of the pandemic,” she added. “Clearly, there are both practical and ethical dilemmas tied to political fundraising during the age of corona. Candidates will have to fundraise with empathy, but also appear not to capitalize upon the virus. That’s certainly a new challenge.”

Providence College political scientist Adam Myers pointed out the logistical issues that candidates will face this year — even before money becomes a factor.

“Before they focus on raising campaign funds, many potential candidates might find it hard to even get on the ballot given the state’s signature-gathering requirements,” said Myers. “Rhode Island has a short period for signature gathering (June 30 to July 10) and it might quite difficult for potential candidates to get those signatures in that time frame given COVID-19, even if the numbers required aren’t that large for many races.”

“There have been legal challenges to ballot access requirements in other states, and in a few states (including Massachusetts) the requirements have been loosened, but I’m unaware of similar developments here,” he added.

Below are rankings of 20 of the top fundraisers in Rhode Island, by their current cash balance.

The list represents those politicians that are running — or looking to potentially run —  for office in 2020 or 2022. 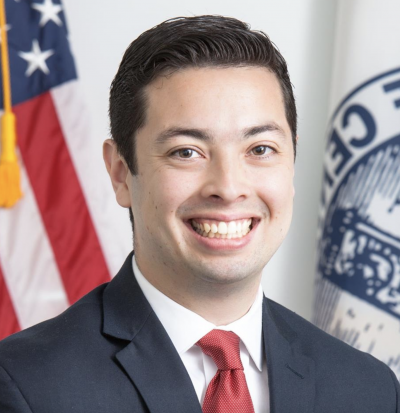 The Mayor of Central Falls, considered to be eyeing the Lt. Governor or Secretary of State seat, posted an aggregate contribution of $1,200 in the first quarter of 2020.

Diossa started the quarter with $10,073.99, but paid Democratic consultants Checkmate Consulting Group $7.575.93, as well as cutting a check to himself for $2,405.45, leaving him with a vastly depleted war chest. 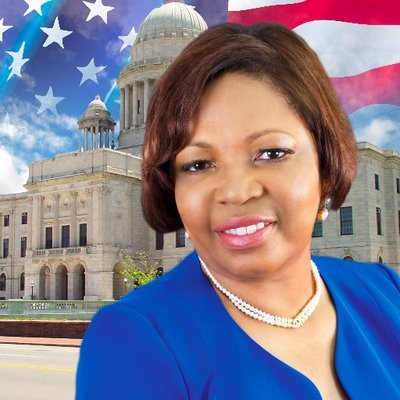 The State Representative from District 11 in Providence was first elected in 2004, and has risen through the ranks to become Democratic Caucus Chair.

Considered to be looking at the Providence Mayoral race in 2020, Diaz had an active first quarter — by contrast, House Majority Leader Blake Filippi reported $500 in contributions during the same time period; House Finance Chair Marvin Abney, $850.

Diaz is clearly looking to line her war chest. 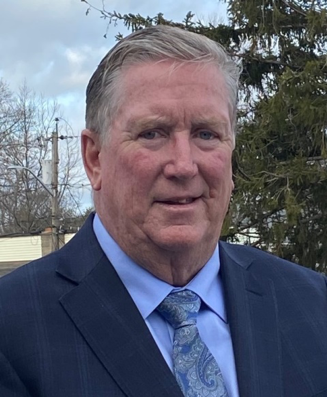 The Republican City Council member and Cranston Mayoral candidate posted just over $30,000 in cash in quarter one — $2,800 in contributions and $27,500 on personal loan proceeds, which was par for the course from Cranston mayor opponents, all of whom poured tens of thousands of their own money into the race so far. 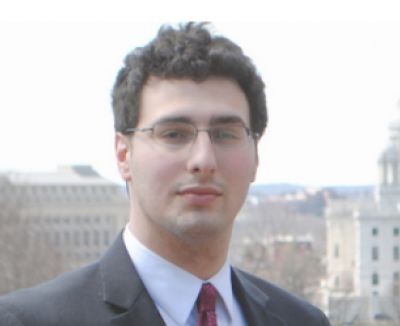 The former Democratic State Rep and candidate for Lt. Governor and policy advisor to Providence Mayor Jorge Elorza quietly picked up $1,430 in out-of-state donations — including from family members — in the first quarter of 2020.

Presently, he is a Harvard Law Student.

No word yet on progressive Regunberg’s political plans — another run for Lt. Governor? Mayor of Providence? 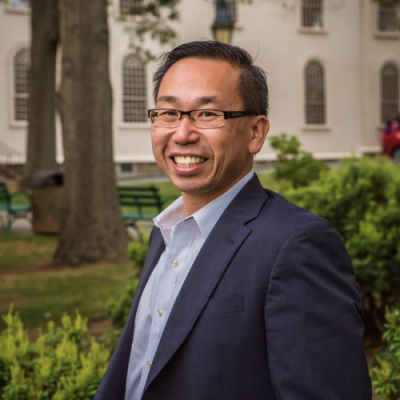 Lawyer and lobbyist Matty Lopes was the only one to give to Cranston Mayor and two-time gubernatorial candidate Allan Fung in the first quarter, as the Republican politician’s future aspirations are unclear at this time.

Fung’s wife Barbara Ann Fenton-Fung is running against House Speaker Nicholas Mattiello in District 15 in Cranston (as she recovers from COVID-19); Fung has already thrown his support behind Cranston City Council Ken Hopkins in the Republican primary for Cranston Mayor this year. 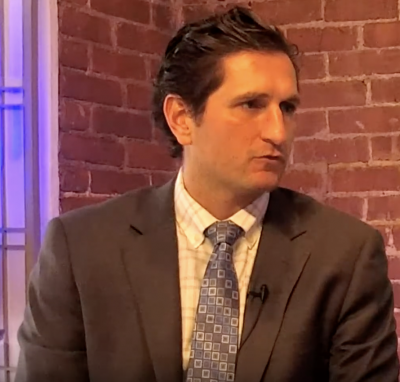 The House Minority Leader is considered a rising star in the Republican Party. Will he take on U.S. Senator Jack Reed or Congressman Jim Langevin in 2020 or seek the Governorship in 2022?

Filippi only reported $500 in fundraising in the first quarter of the year. He currently sits on $33,654. 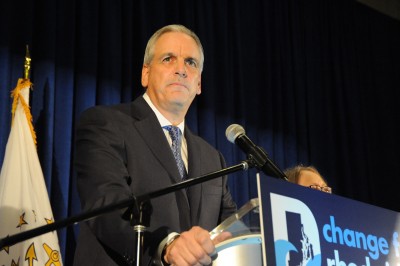 Democratic Attorney General Peter Neronha raised $2,750 in the first quarter of 2020, $2,000 of which came from a Harvard University employee and his wife.

Neronha during the period had campaign expenditures to Galvin and Associates.

As GoLocal reported in 2017, former Providence mayoral candidate, former Chief of Staff to Jorge Elorza, former Gina Raimondo Chief of Staff and now Director of Administration Brett Smiley’s VP of his CFO Compliance company, Ed Galvin, “has a related consulting business that is being paid hundreds of thousands of dollars by dozens of Democratic political campaigns — including the Raimondo campaign.”

Since 2010, Galvin’s “Galvin & Associates” has been paid more than $400,000 by the campaigns of Rhode Island Democratic candidates and officials. And, Galvin was once Raimondo’s campaign Treasurer” — and that was 3 years ago. 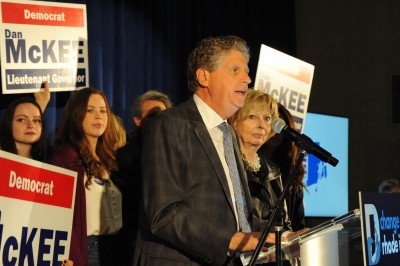 The Lt. Governor — on the shortlist for eying a gubernatorial run in 2022 — had a strong fundraising quarter with contributions from northern Rhode Island (where he was formerly Mayor of Cumberland) and small business interests with contributions averaging $250-$500, as well as bigger ones — notching $1,000 checks from Colin Kane of the Peregrine Group, lawyer Michael Kelly, CVS Exec Michael Laurito, Ray Mathieu, China Inn owner Louis Yip, and more. 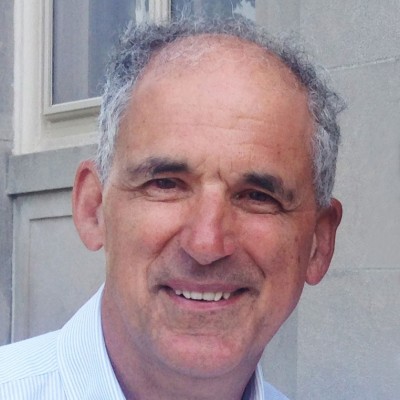 Democratic City Council member and Cranston Mayoral candidate Steve Stycos posted Q1 cash receipts of $3,245 from aggregate sources, $3,145 from individuals — and a $50,000 personal loan to his campaign, bringing his cash balance to $60,024.17.

Stycos listed one $1,000 contribution from a Branford, RI resident — who works at Yale-New Haven Hospital. 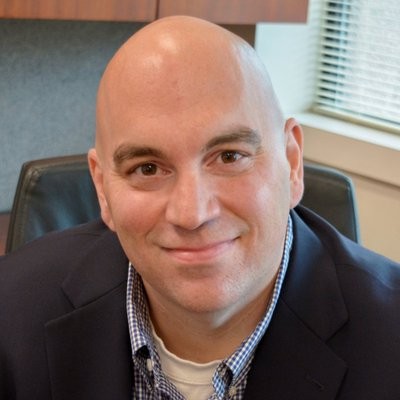 The Farina for Mayor Campaign on Monday announced that he is opposed to outgoing Mayor Allan Fung’s recently released budget. 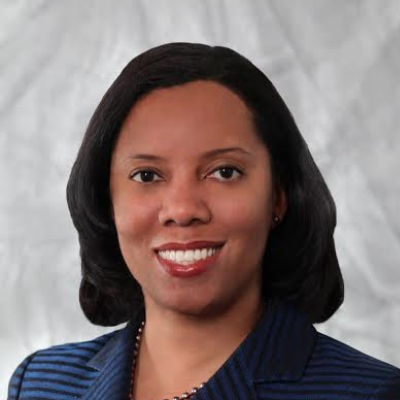 Matos is widely considered to be eyeing a run for Mayor of Providence in 2022. 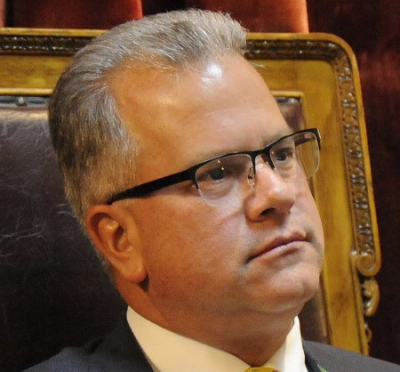 The Speaker of the House, facing numerous controversies, racked up a formidable fundraising haul in the first quarter of 2020 in Rhode Island — $131,886 from individuals and PACs —  good for runner-up behind his second — House Majority Leader Joe Shekarchi.

From politicos Stephen Alves to Andrew Annaldo, to former Republican Warwick Mayor Scott Avedisian and Democratic Central Falls Mayor James Diossa, to a slew of lobbyists including Dave Balasco, Chris Boyle, Nick Hemond, Lenny Lopes, Frank McMahon, George Caruolo, to employees of Twin River to the Slater Compassion Center — and the State of Rhode Island, to Care New England’s James Fanale, to his own employees Frank Montanaro and Chief of Staff Larry Berman — all gave to the Speaker, who is facing a challenge from Republican Barbara Ann Fenton-Fung in 2020. 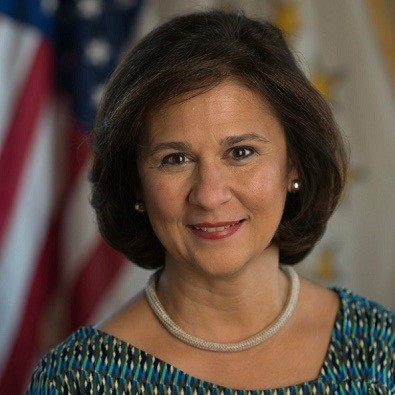 The Democratic Secretary of State, who is among the long shortlist of potential gubernatorial aspirants, is not only sitting on a sizable campaign balance, she’s been amassing some national attention, recently being elected in April to serve on the Elections Infrastructure Information Sharing and Analysis Center Executive Committee. 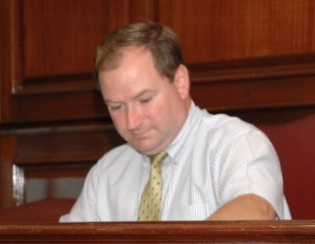 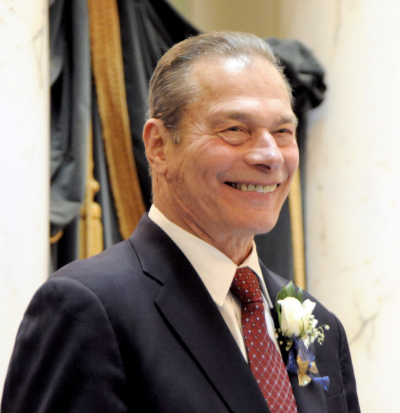 The Senate President pulled in one of the top hauls in the first quarter of 2020, from individuals, PACs, and other sources — close to $130,000.

The Senate stalwart — first elected to the body in 1984 — previously served as Major Leader beginning in 2010 before ascending to the top spot in 2017. There have been no indications of aspirations to other offices — Ruggerio’s fundraising is geared towards being firmly entrenched in the Senate. 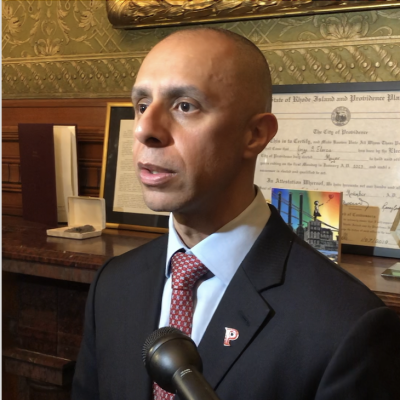 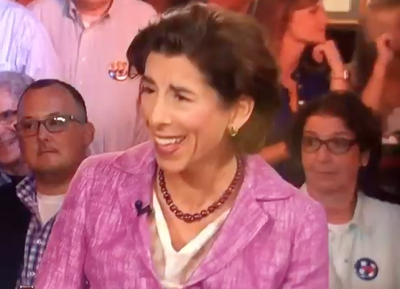 The term-limited two-term Governor continues her formidable fundraising, with contributions from the building trades, law firms (notably Adler Pollock and Sheehan), and out of state interests.

She had endorsed Mike Bloomberg and after he failed in his presidential bid, she jumped to former Vice President Joe Biden. 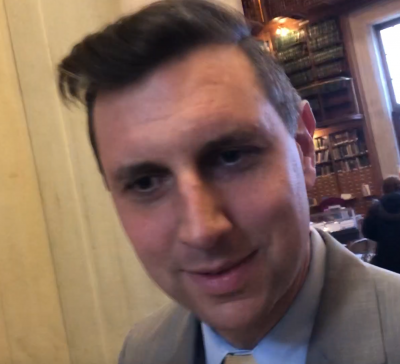 Rhode Island’s General Treasurer, widely considered to be running for Governor in 2022, had a six-figure fundraising haul in Q1.

Since publishing the expose of the global traveling by the senior Magaziner and Epstein, Treasurer Magaziner’s office has refused to answer press calls or respond to questions about the state’s investments or the other issues tied to the Treasurer’s public duties. 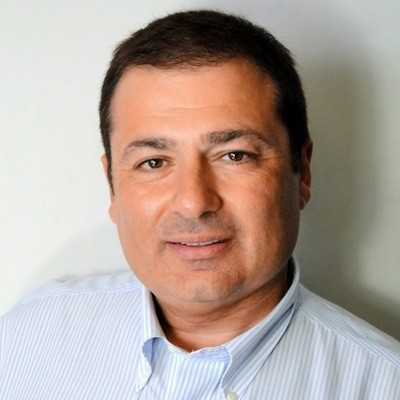 House Majority Leader Joe Shekarchi edged Speaker of the House Nicholas Mattiello for the largest fundraising haul of 2020 so far — $138,690 in quarter one from individuals and PACS — to top the list of cash balances at $1.15 million.

10 Ghanaians Who Have Broken Through In Hollywood! | Features | AmeyawTV-ghanatoday.net

Is the NDC also typing a letter to suspend Rawlings?

Is the NDC also typing a letter to suspend Rawlings?