Researchers from the University of Wisconsin-Madison have found that plasma donors who have recovered from the deadly COVID-19 infection were still shedding viral RNA. This could be significant they write in their article titled, “Prolonged viral RNA shedding after COVID-19 symptom resolution in older convalescent plasma donors,” that is published on the preprint server Medrxiv* prior to the peer-review process. 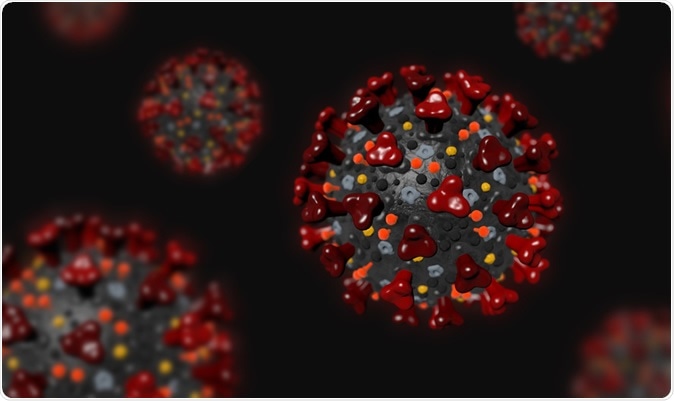 What was the study about?

The COVID-19 pandemic has gripped the world with millions affected and hundreds of thousands killed. The virus causing this infection, called severe acute respiratory syndrome coronavirus 2 (SARS-CoV-2), can be life-threatening. As the virus is new, there are no proven therapies against infection. Plasma from those who have recovered from the infection is being collected and used experimentally in various countries. This plasma is said to contain antibodies against the virus, which could help patients fight the infection.

Shedding of the virus is another problem, especially among those who have recovered from the infection, explain the researchers. They write that the medical community is aware of the modes of spread of the virus from one person to another. Still, it is not clear, the duration of such viral shedding after recovery from the symptoms of the infection. This study was undertaken to “determine how long the SARS-CoV-2 remains detectable following self-reporting of viral symptom resolution.”

The team wrote that traditionally on recovery from the symptoms, a period of quarantine for two weeks is recommended for the convalescent patients to prevent the spread of the infection from them to others. The validity of claims that the patient does not shed the virus particles after this period is still not known, explain the researchers.

For this study, a total of 86 participants were chosen. The researchers wrote, “152 potential participants were screened, of which five declined, 54 were ineligible, and 93 were included. 86 of 93 completed testing.”

These were SARS CoV-2 positive patients previously who had been re-tested and found to be negative. This negative test was proof that these patients had made a complete viral recovery. The samples tested were those from nasal swab and amplification of the nucleic acids found in the viral particles. The negative test was conducted less than 28 days after the patients had reported having complete symptom resolution. The participants were evaluated to be potential plasma donors to active cases of COVID-19.

The study was conducted in a middle-sized city, and participants were tested at a drive-through testing center. All participants underwent “nasopharyngeal sampling and subsequent nucleic acid amplification for SARS-CoV-2 genes” or rtPCR.

The team wrote that the duration for how long a patient remains contagious and capable of transmission of SARS-CoV-2 even after symptoms are resolved is not known. They added that those who do not show symptoms also shed the virus particles, as has been seen in previous studies. They wrote, “Previous studies have detected SARS-CoV-2 RNA in respiratory secretions 13-29 days after symptom onset.” They conclude that patient isolation is dependent on the duration of viral shedding, and thus this is significant evidence. This study showed that 13 percent of the patients shed the virus even after symptom resolution, and negative tests and positive patients were significantly older, and these older patients also had a higher viral load during their testing.

This study concluded that COVID-19 convalescent patients who are to be considered for the donation of plasma need to be tested again within 28 days after symptom resolution because they may still be shedding the virus actively. The team wrote that these findings show that patients who have been COVID-19 positive may need a long period of quarantine even after “recovery” from the symptoms to prevent the spread of the infection to healthy persons. This period of extended quarantine should be beyond two weeks, they wrote.

In conclusion, the team wrote, “These data demonstrate that COVID-19 patients continue to shed detectable viral RNA for 2-4 weeks after resolution of symptoms. Efficient testing to confirm resolution of COVID-19 for surveillance and convalescent plasma programs should likely focus on patients outside this window.”

medRxiv publishes preliminary scientific reports that are not peer-reviewed and, therefore, should not be regarded as conclusive, guide clinical practice/health-related behavior, or treated as established information. Prolonged viral RNA shedding after COVID-19 symptom resolution in older convalescent plasma donors

Perception, Legality and Politics of the Migrant Worker Crisis in Lockdown