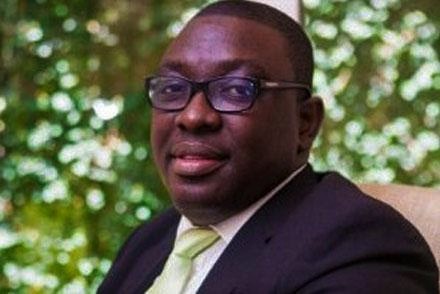 There has been a number of job loses across the world as a result of the Covid 19 pandemic which has brought economic activities to a standstill.

The International Labour Organisation (ILO) projects that Covid 19 would wipe out over 195 million jobs by the second quarter of 2020 and the US alone, 36 million to 40 million jobs have been lost between February to May.

For those who will remain in their jobs, they cannot tell when they will receive their next salaries, a situation which has created a financial uncertainty among many employees of organisations.

To help navigate this financial uncertainty, the Chief Executive Officer of Axis Pensions Trust, Mr Afriyie Oware, appeared on the Springboard, Your Virtual University to share his perspectives on the situation the global economy finds itself in and how individuals could cope in times like this.

Commenting on how huge the disruption has been, Mr Oware said it had been a bit devastating as the virus was probably the biggest crisis in his lifetime.

“It has decimated economies across the world, it has crashed the markets to levels we haven’t seen in a long time and it has distracted global trade and created the biggest rate of unemployment.

“Businesses are suffering in many ways. The shutdown has affected production across the world and supply chain has been considerably impacted while demand has weakened because of consumer spending power being constrained,” he noted.

He said the already precarious situation for SMEs in an economy such as Ghana had even worsened as credit conditions become tightened.

He said it had been very difficult for the world, prompting lots of countries to dole out financial bail out to enterprises.

Narrowing it down to Ghana, he said the government had introduced various measures that had helped to navigate a path towards stability.

“In terms of welfare, the employment situation is very much linked to the personal financial situation and as far as people’s employment are threatened, there is a huge effect on their welfare.

“We in Ghana can attest to the fact that a lot of people have struggled to cope. On average, people do not have efficient savings to live on for more than a month. In the US, which is a developed country, according to research, only 40 per cent of all Americans can meet a US$3000 emergency and what this means is that if the employment situation is not cured, it will create another catastrophe that we may not have considered,” he explained.

What individuals must do

Commenting of what individuals must do in times like this, Mr Oware said employment meant a lot to people while for others, it meant more than just a way of earning income.

“For some, it is their social identity, it represents access to social network and a support system. For those of us who are working, the work we do defines our routine so when your job is taken away from you, it can emotionally and psychologically affect you.

“My advice is that unemployment is a major change in your circumstance so you have to go back to planning. You have to plan for the worse and hope for the best,” he stated.

He also urged individuals to restructure their routines and activities and during the period that they were home as unemployed, and learn a new skill or pick up a new vocation.

“It is also important to recognise that during the period of unemployment, your incomes are very limited so it is important to prioritise necessities and cut your expenditure.

“If you are lucky to walk out of job with a payout which is from a provident fund or ESB, then you are probably one of the luckiest in the world,” he noted.

Not a good time to start a business

“I know there is this fantasy to start a business but listeners should know that over 60 per cent of all new businesses started fail in first year and close to 90 per cent fail by the fifth year. You don’t have to start one during this period of uncertainity.

“It is ,therefore, not appropriate in a period of uncertainty like this to try and start a business, however, if there are some people who have started some successful businesses you know, it is advisable to back them with any spare resources you have other than start a new one,” he advised.