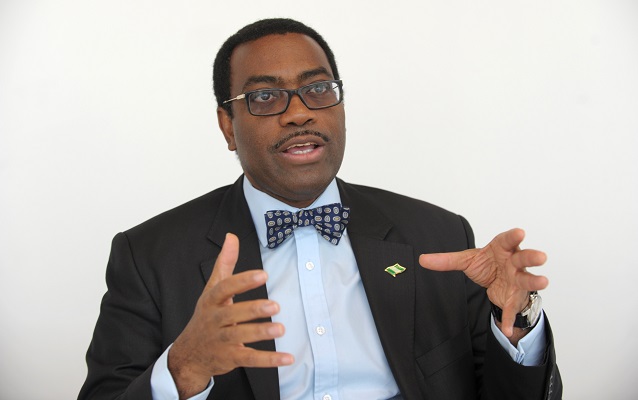 The President of the African Development Bank (AfDB), Dr Akinwumi Adesina, has pledged his commitment to work with the shareholders of the bank to collectively press on to fulfil the mission of its founders to accelerate and transform Africa’s development.

“I have absolute confidence in the integrity of the bank that I lead and its governance systems, rules and procedures,” he said.

The reaffirmation of his resolve is on the back of various allegations including breach of work ethics, levelled against him from various quarters in an attempt to destroy his image as President of the bank.

“In recent weeks and over the last few days especially, I have been overwhelmed by the tremendous support received from around the world.

In a statement he personally signed and copied to the GraphicBusinessonline, Dr Adesina said: “In spite of unprecedented attempts by some to tarnish my reputation and prejudice the bank’s governance procedures, I maintain my innocence with regard to trumped-up allegations that unjustly seek to impugn my honour and integrity, as well as the reputation of the African Development Bank”.

Subsequently, he expressed profound gratitude to people from around the world who believe in his leadership and work ethics adopted in running the affairs of the bank for standing behind him in these trying times.

I sincerely appreciate the support of the Bank’s shareholders,” he added.

Dr Adesina said “At this time. I remain confident that ultimately and as one collective, the Bank will emerge stronger than before and continue to support Africa’s development drive.

I draw great inspiration from my heroes, Nelson Mandela and Kofi Annan, whose lives have shown that through pain we grow. As Martin Luther King Jr. once said, “the arc of the moral universe is long, but it bend towards justice”

He said he was confident that fair, transparent and just processes that respect the rules, procedures and governance systems of the bank, and the rule of law, will ultimately prove that he has not violated the Code of Ethics of “this extraordinary institution.”

“I will, therefore, continue to work with each and every one of our shareholders to ensure that the bank maintains its hard-earned global reputation and that our credible and well-functioning institutional and governance systems are reinforced, as we collectively press on to fulfil the mission of our founders to accelerate and transform Africa’s development,” he added.

Read the entire statement below;

President Mahama Is Selfish And Narcissist

President Mahama Is Selfish And Narcissist

‘Yassiada is scene of political murder committed 60 years ago’

ICE: International students may need to leave US if their universities transition to online-only learning

Who is Prof Naana Jane Opoku-Agyemang?

US and Hong Kong TikTok users freak out

Let’s Do Away With Partisan Politics In Ghana’s Politics