West Bengal politics unmasked by the humble masks; it’s not just a COVID-19 shield ahead of battle 2021

Kolkata: Amidst the COVID-19 pandemic, wearing a mask is part of a new normal life. But in West Bengal, the same face mask is used to symbolically make a political statement. The politicians are being forced to stay away from people due to lockdown principles and yet they try to play in the minds of people hoping for further penetration – making the mask their new face of political strategy. The colourful masks have become political trendsetter here. 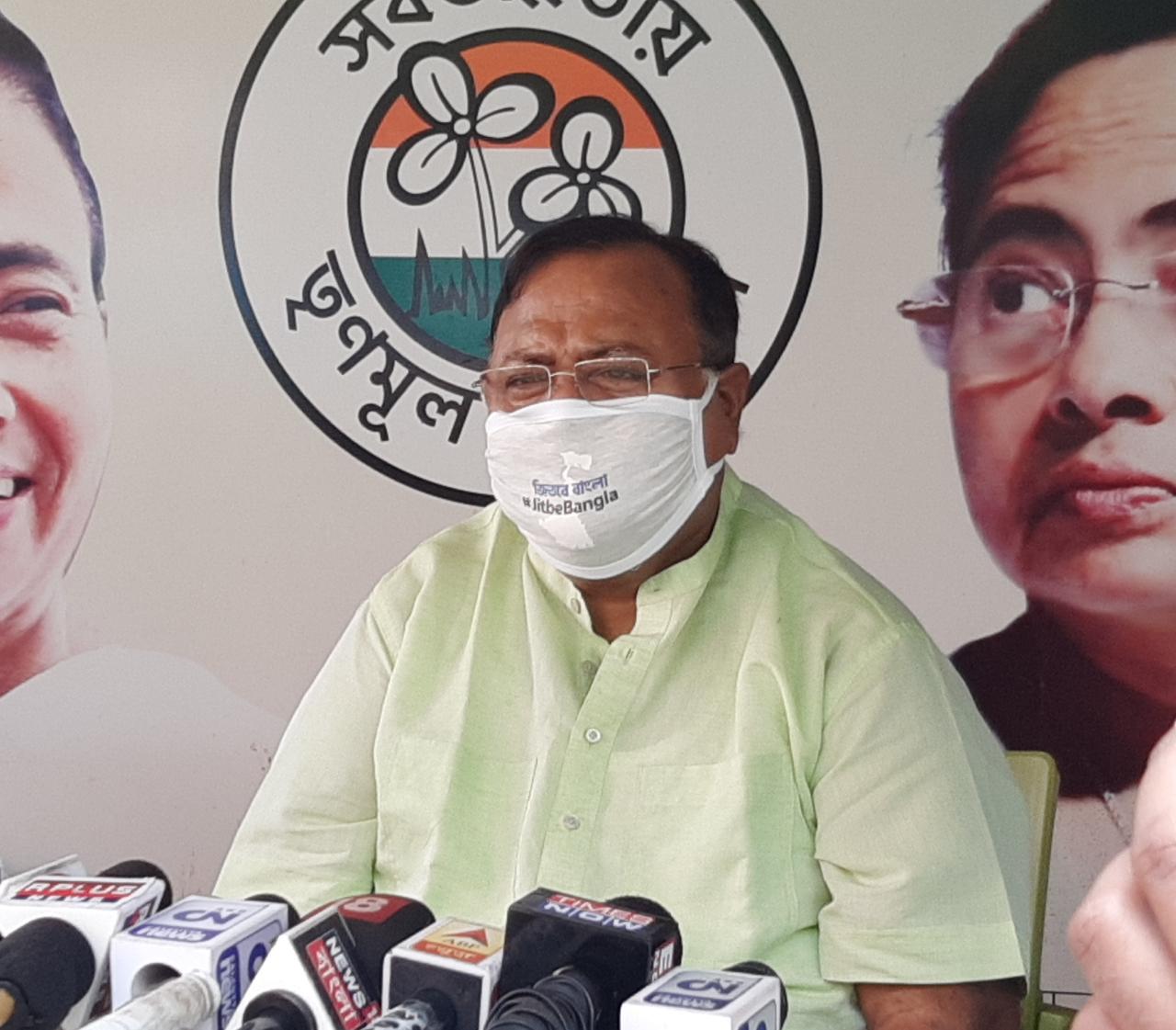 While Bengal grapples with the aftermath of super cyclone ‘Amphan’, the ruling Trinamool Congress has quietly launched their campaign called ‘Jitbe Bangla’ meaning ‘Bengal shall Win’. It is a campaign without party symbol or face of its supremo Mamata Banerjee and is seemingly aimed at evoking public sympathy for their motherland battered with rising number of COVID-19 cases and ravaged by the cyclone.

The campaign is expected to stir and solicit public sentiments around the narrative that ‘Centre is anti-Bengal’ and as to how Bengali speaking people have always been a victim of apathy. The state government and the party have accused the BJP-led centre of being vindictive, unreasonably indifferent and unfair to Bengal, and the plight of Bengali people, claiming in the process of ‘trying to politically disturb’ Mamata Banerjee they are ‘instead harming the state’.

Riding on the ideas of strategist Prashant Kishore, this is the third attempt to revive the party post the 2019 Lok Sabha poll debacle, albeit this one is differently planned. Previously ‘Didi Ke Bolo’, dial Didi and ‘Banglar Garbo Mamata’ Bengal’s Pride Mamata were launched aiming to indicate that Mamata Banerjee is the rightful custodian of Bengali culture and not an ‘outsider BJP’.

Unlike the previous two door-to-door people connect campaigns, ‘Jitbe Bangla’ has found its way to face masks, the most indispensable shield of the common people from the virus. TMC leaders and ministers are seen sporting a light Grey mask with the slogan imprinted on it. The message is loud and clear against their ‘political virus’, they want people of Bengal to be wary of or drive home.

“On one hand we are struggling with COVID-19 and on the other, this natural disaster. Now the centre is sending all the migrants without consulting us. We want all to come back but we should be allowed the space to manage it on our terms so that we do not compromise with the health of our migrant brothers and sisters and the health of the state. How do we manage so many quarantine centres when most of the buildings are now being used as a cyclone shelter and relief camps. We have a lockdown, COVID-19, cyclone and migrants returning all at the same time. It’s unfair to push a state into trouble when it is already in distress. But ‘Bengal shall Win’, Bengal never bows down its head”, said Mamata Banerjee last week during a press conference.

A party insider, however, claims that because of COVID-19 outbreak, their people connect campaigns are hugely hit as the run up to 2021 state assembly elections has already begun.

“We didn’t know Corona will change and alter our lifestyle. This is going to remain for a while. But elections are expected to happen. How do we connect with people staying socially distanced? COVID is the most emotive issue and it’s no harm to use our drawback as our opportunity. When people see us on TV wearing the ‘Jitbe Bangla’ mask, they do get our message. We are not blatantly upselling our party like BJP, but it’s marketing during this Corona times“ said the TMC insider who doesn’t want to be identified.

TMC minister Partha Chatterjee, however, has brushed aside all speculations and believe no one should read too much into it because “it’s just a mask“.

BJP had started the trend in March 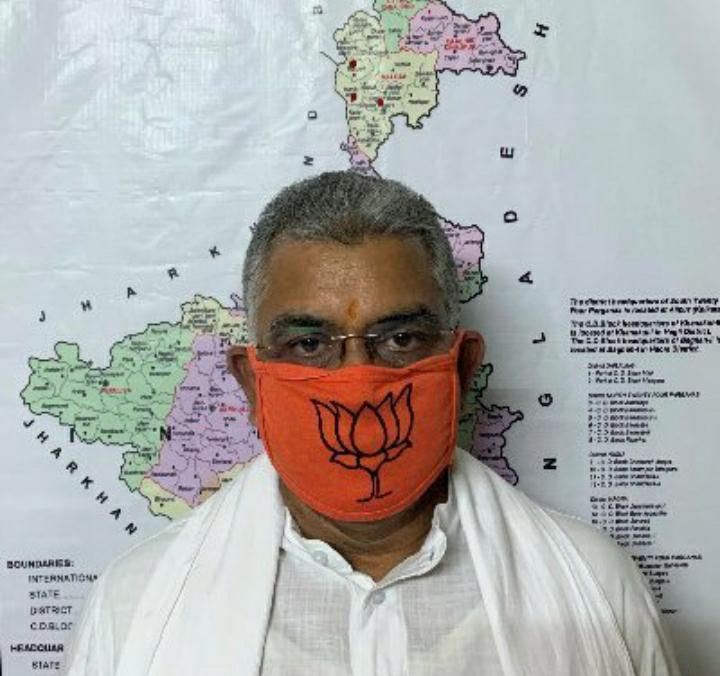 BJP, the principal opposition in the state started the trend of wearing saffron masks, the signature colour relatable with the party. Within days after the outbreak, they progressed to saffron masks with the party symbol. Dilip Ghosh, state BJP president and MP Lok Sabha hasn’t missed sporting his saffron mask with BJP symbol at any available scope for a photo opportunity. He doesn’t call it politics but his new style statement, part of his new normal political life.

“I felt the mask was empty and thus used our party logo. Now others are trying to copy it. It makes a political statement. You can drive home the message but unlike us, TMC isn’t using their name or symbol. We have seen in the past the ration they were distributing to people had the face of Mamata Banerjee and their leaders. They later realized people are not taking it the right spirit. People are rejecting their symbol. Thus they have come up with the message ‘Jitbe Bangla’, let them try” said Dilip Ghosh, while hitting out at TMC 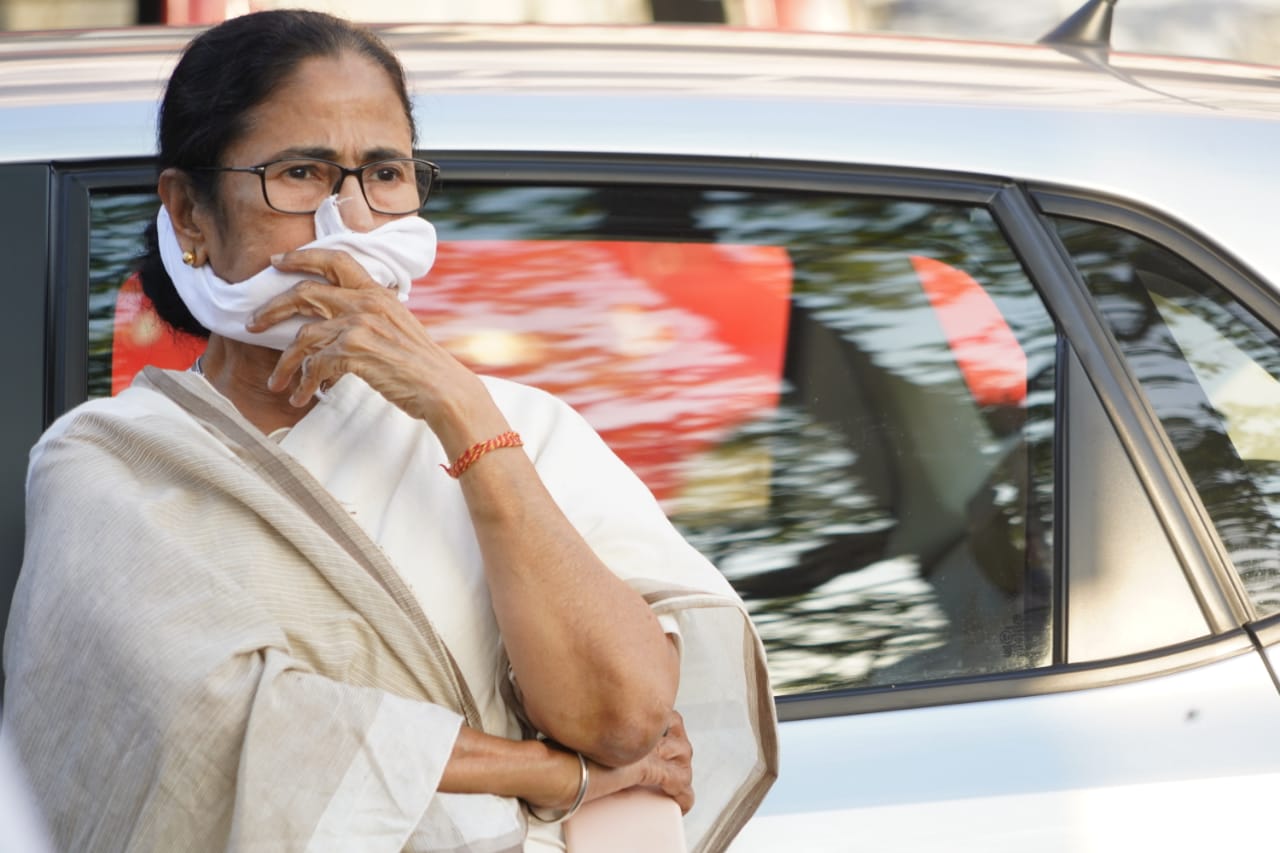 Mamata Banerjee who known for her austere lifestyle, though, had kept it simple and minimal. Just a white cotton fabric she usually knots around her face, a neutral colour. Yet, her statement was evident and unmissable. While she herself wore white, the cotton masks she distributed to the general needy people on the streets of Kolkata were green in colour, a colour commonly associated with her party Trinamool Congress.

In the new normal life, politics too is adopting newer optics in Bengal. Mask, a humble piece of cloth has become the new armour for political parties to issue messages. While COVID-19 is a pandemic that every political party had pledged to fight together, it’s ordinary shield is making a prolific statement of difference, masks have unmasked the political intent in election-bound Bengal.

I won't allow Akufo-Addo to force us into silence

Election 2020 is about Ghana’s future and the unborn generations

2020 Polls: In the Brink of War, Your Diplomatic Passports Won’t Save You