DETROIT (FOX 2) – The murder of George Floyd struck a nerve in this country.

Many who never thought there were any issues when it comes to race and policing and those who only tacitly acknowledged there are, have gotten a rude awakening to the bitter truth that African-Americans and some other minorities know all too well. It may open doors for solutions and policies to address it.

“It aimed to really address in a comprehensive way, how police brutality happens on a policy level, like what allows it to happen,” said Dennis Black.

Black a political consultant and former National Lawyer Guild board member, offered up ideas to stem excessive force in policing.

From capping the amount of money departments can take in from writing tickets, to making the use of force continuum more rigid, like the military.

“By the policy, people are safer if it was the military, the US Army in the streets, than it would be police in the way that they use excessive force,” Black said.

Some other big ideas Black proposes:

“There are officers that hop from department to department, costing respective cities millions of dollars in lawsuits while they’re continuing their job in law enforcement,” Black said.

“In the case where police brutality occurs, there should be zero tolerance, they should not jump to another department,” said State Sen. Pete Lucido (R-Shelby Township).

Lucido heads up the Judiciary and Public Safety Committee in Lansing, the gatekeeper for legislation involving law enforcement.

“The duty of a police officer is to do good by the people, to let the people know that they’re there for their benefit and not detriment and that’s what I’ve seen with people of color,” Lucido said. “I’ve seen this over and over, there’s a detriment that’s involved.

“And I think that when I look at the bills I look at what is favorable to the best public policy we can bring to the state to ferret out and rid all of the hatred I’ve seen and criminal activity of officers, that should never have been sworn to protect and serve.”

State Rep. Sherry Gay-Dagnogo says bills addressing issues involving policing have never gained much momentum but there’s a chance that can happen now.
one of many ideas she’s in favor of, is incentivizing officers to live in the communities they serve.

“I’ve long said that having Detroit teachers, police officers and firefighters to serve in the communities of which they’re from, have added value,” she said. 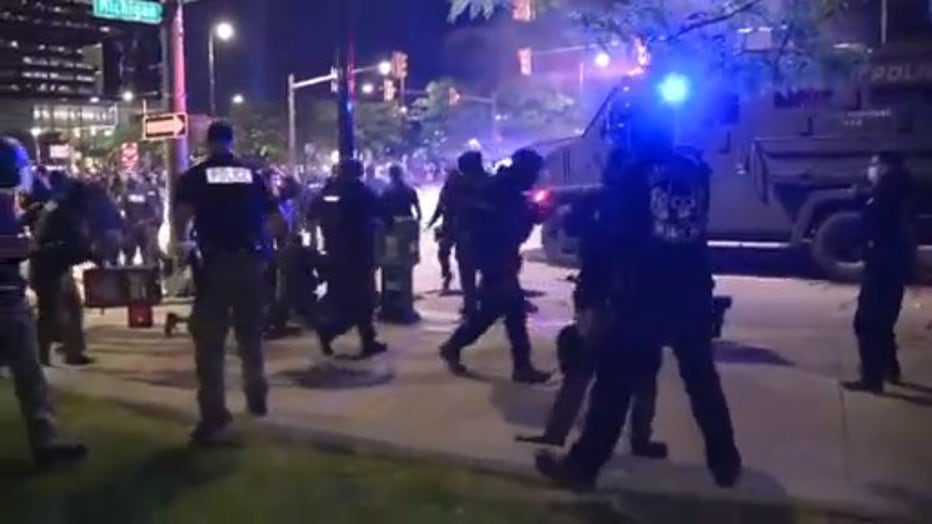 FOX 2 spoke with some current and retired cops there were ideas they thought would be helpful addressing this issue and some they think are not.

Tapping into pensions for lawsuit settlements for one, and banning of departments receiving equipment from the federal government, is another.

One high ranking police officer said that equipment is crucial in making sure officers are safe when they’re entering high risk situations like a barricaded gunman scene and raids.

Peeling Back the Politics Behind These Protests