Every Ghanaian must be given opportunity to vote — Alhassan Andani 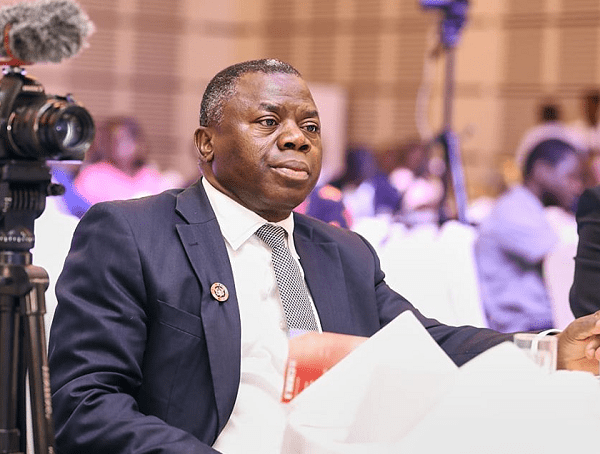 Every Ghanaian must be given opportunity to vote — Alhassan Andani

“No section of the voting population should be denied the right to choose their leader in the upcoming 2020 general election.

The fundamental thing is that every Ghanaian of voting age must be given the opportunity to vote. This is the mandate the Electoral Commission (EC) must effectively discharge.”

The President of the Ghana Association of Bankers (GAB), Mr Alhassan Andani, gave the advice in an interview with the Daily Graphic last Thursday when he appeared as the first Guest Editor of the paper as part of activities marking the 70th anniversary of the Graphic Communications Group Limited.

Mr Andani, who is also the Chief Executive Officer (CEO) of Stanbic Bank Ghana Limited, was answering questions on a wide range of issues, including the economy, banking and politics in the wake of the coronavirus disease (COVID-19) pandemic which has suddenly changed the narrative in all spheres of human endeavour.

The advice comes on the back of various positions expressed by some political parties over what primary form of identification will be most appropriate as proof of citizenship for use in the upcoming compilation of a new voters register.

Presently, the political season has been slowed down by the COVID-19 pandemic, leaving political parties to rewrite their notes as to how to capture the attention of the public and subsequently their votes.

Conversation around the impact of the exercise by the EC has also dominated the airwaves, as the parties continue to argue over the matter, with one side claiming that the exercise, as designed by the EC, will disenfranchise many people, while the other is of the reverse opinion.

Mr Andani also shared some thoughts on the impact of a heated political atmosphere on investor confidence and the business environment in the country.

“Ghana’s political evolution and democracy has come to a very interesting stage where, internally, we are very self-critical, and it will appear as if we are almost at one another’s throat when it comes to politics.

“But from 1992 to now, most of our external parties — remember I run a bank which is externally owned — have come to view politics in Ghana as a pretty safe activity. People may think that because of the rigour of conversation, investor confidence will be lost; but, no, they have seen it even at higher decibels in 1992 and have seen it all the way to 2020,” he added.

The GAB President was confident when he said: “For them, it is business as usual; Ghana will have successful elections and a transition. I don’t think any of our foreign partners or investors is now hunkering down in election years.”

He said the investors had all come to accept that “we have accepted the democratic processes and so I don’t see the panic”.

Mr Andani said the public debate still continued, “but I can see those public debates moving away from very parochial positions to more economic issues such as infrastructure, health and education”.

According to him, if for nothing at all, those were issues that should dominate public discussions, not tribal and religious things.

The Stanbic Bank CEO was also optimistic about the outcome of the elections, saying: “We will have the usual rigour of conversations and heat but we will have successful elections.”

“Our foreign partners like us for that and we shouldn’t disappoint them and ourselves,” he added.

How long will UK travel quarantine rules last? Why we don't yet know when new 14-day coronavirus measures will end

NPP MP for Fomena to contest 2020 polls as Independent

What does the ‘Narendra Modi Cricket stadium’ tell us about his politics?

Politics becomes more complicated in ways that will exacerbate gridlock

Manchester aldermen to review complaints against two of their own | Politics