An aspiring model from Jamaica has gone viral following her take on the #VogueChallenge.

Abihail Myrie, daughter of Buju Banton, has garnered an incredible wave of support from fans on Twitter and Instagram for her world-class editorial images.

The challenge, which has taken social media by storm over the last 48 hours, is meant to highlight the potential of black creatives throughout the African diaspora including models, photographers, stylists and other professionals.

This follows a statement from Vogue Editor in Chief, Anna Wintour, who admitted in a staff email last week that the magazine had “made mistakes” in its handling of diversity and race, adding that “recognising it and doing something about it is overdue.”

With the photographs now viral, 20-year-old Myrie has since been featured on the official websites of Vogue US, Vogue Japan, Vogue Australia, Teen Vogue and The Cut, among others. 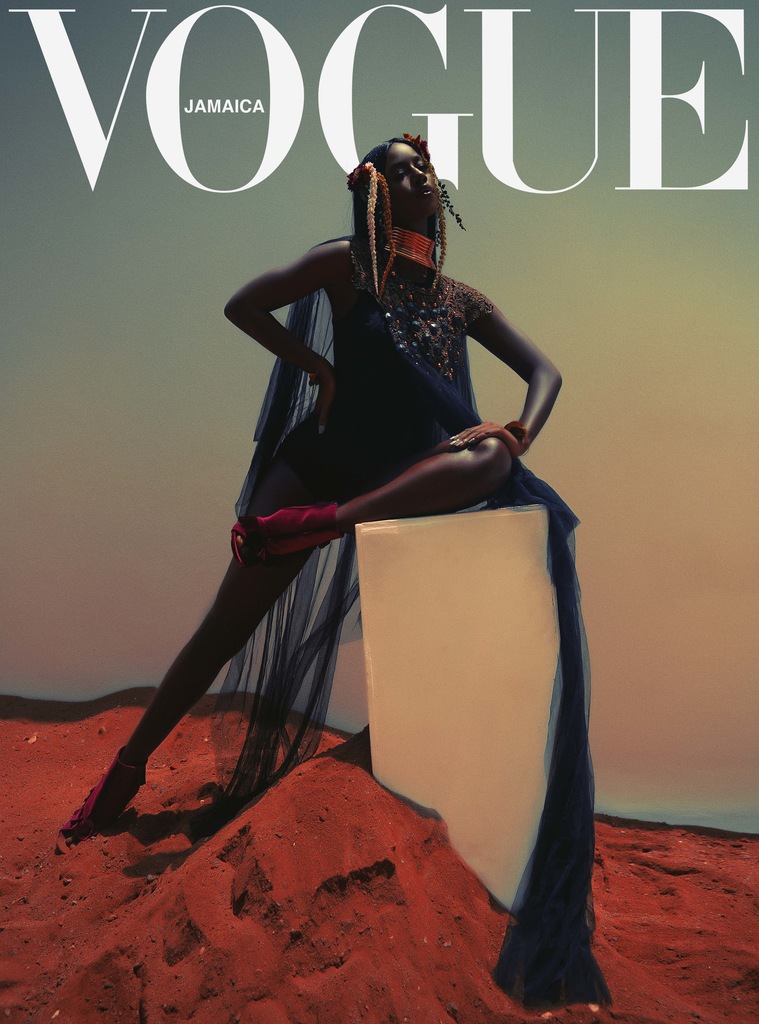 She was also highlighted in a segment for the award-winning and widely-syndicated television programme Good Morning America. Her images have been viewed over four million times on her Twitter handle @abihailmyrie, and she is surprised and humbled by the public’s reaction.

She says: “I just feel honoured and grateful. Not only because I’ve been recognised on such influential fashion, culture and lifestyle platforms, but because I was able to showcase the collective talents of the Caribbean creative team with whom I worked. It further proves that God’s timing is always better than ours and our efforts weren’t in vain.”

Creative Director and Stylist Fidge Flectcher, who worked with Myrie on set alongside photographer Wade Rhoden, hairstylist Sammoy Duncan and makeup Artist Lonnie Jones to produce the captivating images, said that this is just the beginning for Abihail.

“Jamaica is brimming with creative talent, and fashion is no different,” says the seasoned stylist. “This is just a new beginning not only for Abihail in recognizing her fullest potential as a model and an emerging style leader from the Caribbean, but it is also a bird’s eye view into the range of fashion excellence that our region has to offer to the rest of the world.”

Myrie says that she intents to continue working towards her dream of gracing the pages of popular magazines and covers in the near future.

Can politics shape revival of economy after Covid-19? - india news

Conservatives accused of ‘playing politics’ in the House, raising questions about pandemic election