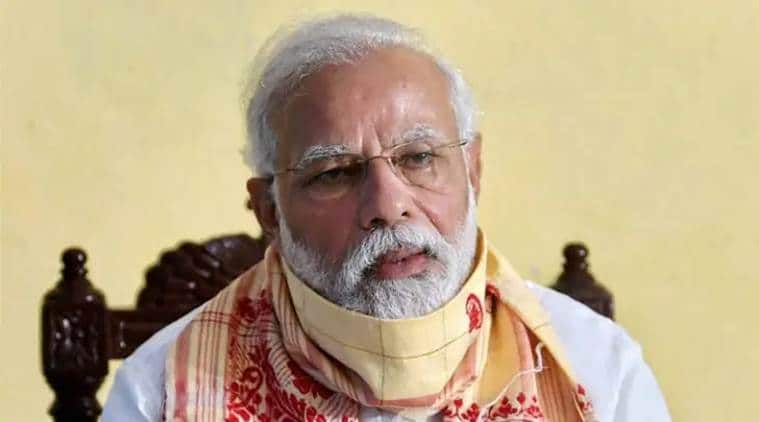 Even on the pandemic, the prime minister has not brought the nation together.

The Republic of India is facing a leadership crisis. The economic hardship faced by millions of Indians is severe. Hard won gains in poverty reduction are at risk. The Covid pandemic has not peaked. If the evidence of the last few weeks is anything to go by, we are nowhere near the state of readiness which was within our capacity to achieve. The capacities of our health care system are going to be severely tested now. The immediate military environment is turning adverse. No one is quite sure where the Chinese logic of showing India its true place will end. They are clearly testing India’s resolve, and at the moment, the sum total of our objective is to avoid a domestic public embarrassment. Nepal’s ability to dare India is a sign of our diminished power and diplomatic hubris. China may be losing international credibility very fast. But India is also, in its own way, becoming a less attractive power because its growth story is stalling and its democracy is becoming less exemplary.

These crises are challenging. But they are made more intractable by the fact that India has a leadership deficit at the top. India’s political tragedy is that even the depth of the crisis cannot be acknowledged. The government fully understands that to even acknowledge any elements of the crisis would be to puncture its legitimising myth, that India is in the hands of a powerful leadership that was going to be the sole vehicle for its manifest destiny. Whereas the blunt truth is that there has almost never been a time in India’s recent history when it was so bereft of leadership.

The surest sign of this is the fact that the entire energy of government is geared towards the preservation of the legitimising myth of the leader by propaganda, diversion, repression. Leaders require the dissemination of ideas and achievements. But it is probably a wise maxim in any democracy that the scale of propaganda required to sustain a regime is in inverse proportion to the capacities of its leaders. This government dismisses Nehru as an elitist. But Nehru was a democrat in the respect that mattered the most. He did not doubt the intelligence of the people and the need to explain himself, and the logic of his actions, right or wrong, to them. Modi, the man of the people, talks at people, not to them. It is always in formats where he cannot be questioned; where he is above a democratic conversation, above public reason, not part of it.

This regime, and many of us, criticised Manmohan Singh for his evasive silences, especially in the face of an emerging plutocracy that corroded the UPA from within. But India is, arguably, facing its deepest crisis in three decades, and except an occasional acronym or unmeaning phrase, can you remember one speech in recent times from this prime minister that seriously energised the nation, brought it together and, most importantly, laid out reasoning and content that showed a sense of vision? Speaking a lot is not the same thing as saying a lot. The deliberate and cumulatively evasive silences of this prime minister now far outweigh the silence of any other prime minister.

Explained | Why China is flexing its muscle

The pat response to this criticism is often that this prime minister has often been name-called; and is often subject to elite snobbery. There is truth in this complaint. But the overuse of this argument to create a self-serving protective shield itself displays the lack of leadership. For a prime minister of six years standing, with a historic mandate, with no real opposition, to constantly play victim is either a sign of a deep insecurity that is incompatible with leadership, or a play act that contemptuously believes that inducing a little dose of self guilt in his constituents is a good way to prevent them from asking tough questions. Don’t question the handling of the economy. Don’t question the strategic brilliance that has made India’s borders more secure.

But, more seriously, you would imagine that given the magnitude of the crisis, the first task of genuine leadership would be to bring the country together. But on every single aspect, the divisiveness of the communalism and authoritarianism of pre-pandemic politics continues. Both are on display in the way in which anti-CAA protestors are being hounded. Such are the priorities of this government that in the middle of a pandemic it is obsessed with branding idealistic young students, fighting, perhaps sometimes overzealously, against discrimination, into enemies of the state, while hate mongers go free. A leader knows, as Lincoln said, a house divided cannot stand. Our leader positions himself as the house divided.

Opinion | Covid-19 crisis in India: A delayed and flawed response

Even on the pandemic, the prime minister has not brought the nation together. Instead of the nation dealing with this challenge with resolve and the resources commensurate to it, we set up a weirdly divisive dynamic. Everyone understood the pandemic is a difficult challenge. Most citizens were willing to go to inordinate lengths to support the effort. But we managed to convert the governance of the pandemic into free fall. At the root of this is the culture of perception management that insecure leaderships at the top create. So, rather than acknowledging the depth of the challenge, many states, from Gujarat to Delhi to Bengal, actively mimicked the Central government’s emphasis on managing their image rather than confronting reality. They suppressed testing so that their scorecard looks good. You would have thought that at this point testing would be freely available, and on demand, rather than doled out in rationed doses. Most state leaders, like Vijay Rupani, Mamata Banerjee and Arvind Kejriwal are to blame as much as the prime minister, but they mimicked his style.

You cannot help wondering how much the culture of leadership has been transformed to the point where the old-fashioned expectations of leadership have disappeared. What has the prime minister reduced leadership to? Instead of confronting reality, deny it; instead of encouraging criticism, suppress it; instead of socially mediating differences, exacerbate them; instead of taking responsibility, take the credit and pawn the blame; instead of appropriate empathy, revel in a kind of cruelty; and instead of preparing the nation for challenges, constantly trap it in diversions.

The prime minister evokes a deep adulation in his supporters. But it should be clear by now that whatever that adulation is, it is not on account of his leadership. His leadership has been totally missing. What has been put in its place is a politics of illusion we have all too easily internalised. India is heading into uncharted waters with no leadership at the helm, just the simulacra of one.

This article first appeared in the print edition on June 16 under the title “Where’s the leader?”. The writer is contributing editor, The Indian Express

Opinion: There must be more transparency in use of PM CARES fund created to deal with pandemic

BBB: How scammers use political issues to get your attention | News